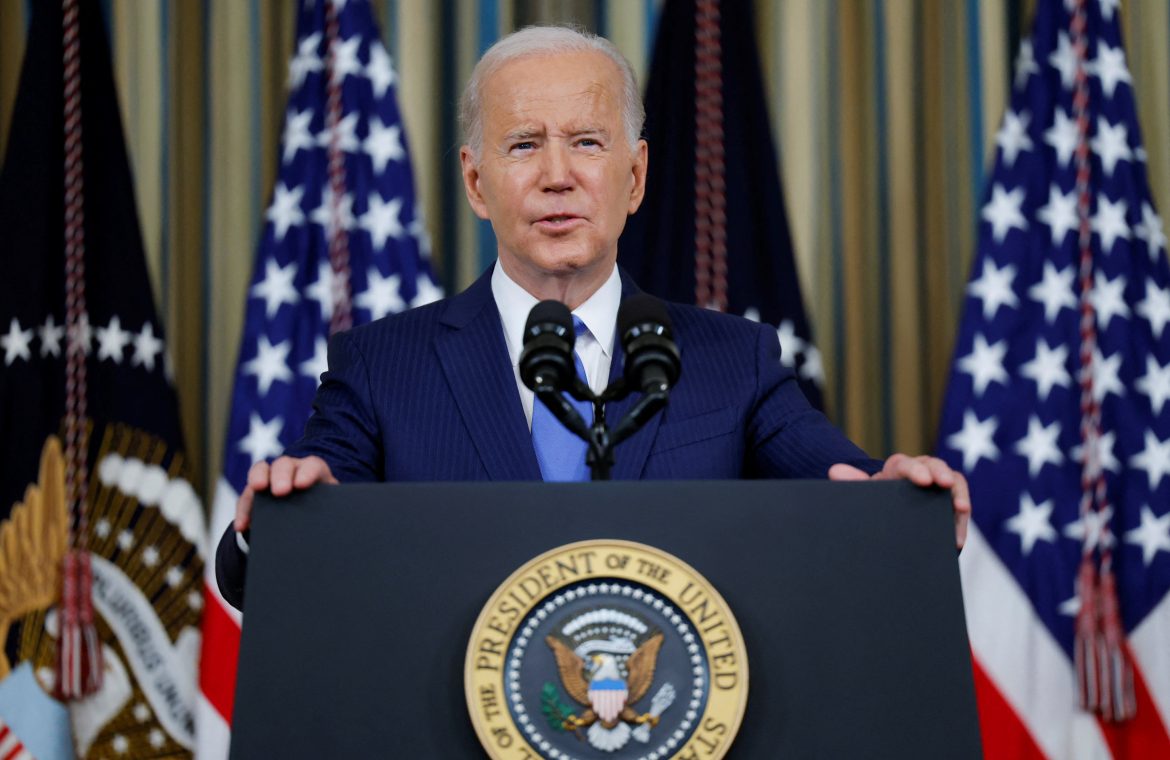 President Biden on Wednesday hailed his party’s “strong night” in the midterms Tuesday while saying he doesn’t plan “to change anything,” despite ongoing negativity about the direction of the country.

“Democrats had a strong night,” Biden said at an afternoon press conference. “And we lost fewer seats in the House of Representatives than any Democratic President’s first midterm election in the last 40 years. And we had the best midterms for governors since 1986.”

Throughout the conference, the president doubled down on partisan rhetoric about “MAGA Republicans” being a so-called “threat to Democracy.”

“Our democracy has been tested in recent years. But with their votes, the American people have spoken and proven once again that democracy is who we are,” Biden said in his opening remarks. He later said voters “sent a clear and unmistakable message that they want to preserve our democracy.”

Despite the harsh rhetoric, the president said, “ I’m prepared to work with my Republican colleagues,” saying he’s “open to any good ideas.”

A reporter later noted “75% of voters say the country is heading in the wrong direction, despite the results of last night,” and asked Biden what he plans “to do differently to change people’s opinion of the direction of the country,” over the next two years.

“Nothing,” Biden replied, “because they’re just finding out what we’re doing. The more they know about what we’re doing, the more support there is.” The president claimed that recently passed legislation “takes time to be recognized.”

"What in the next two years do you intend to do differently to change people's opinion of the direction of the country?" a reporter asks President Biden.

"Nothing," Biden says. "I'm not going to change anything in any fundamental way." pic.twitter.com/vgF4zxn80g

The president later reiterated his unwillingness to change course and that he plans to further his progressive agenda, saying, “So, I’m not going to change — as a matter of fact, you know there’s some things I want to change and add to. For example, we had — passed the most bipartisan, we passed the most extensive gun legislation, anti- — you know, rational gun policy in 30 years.  And — but we didn’t ban assault weapons. I’m going to ban assault weapons.”

At the same press conference, Biden was asked about his plans to run again in 2024.

“Two-thirds of Americans in exit polls say that they don’t think you should run for reelection,” a reporter said. “What is your message to them? And how does that factor into your final decision about whether or not to run for reelection?

“It doesn’t,” Biden replied, before the reporter followed by asking “What’s your message to them — to those two-thirds of Americans?”

“Watch me,” the president answered.