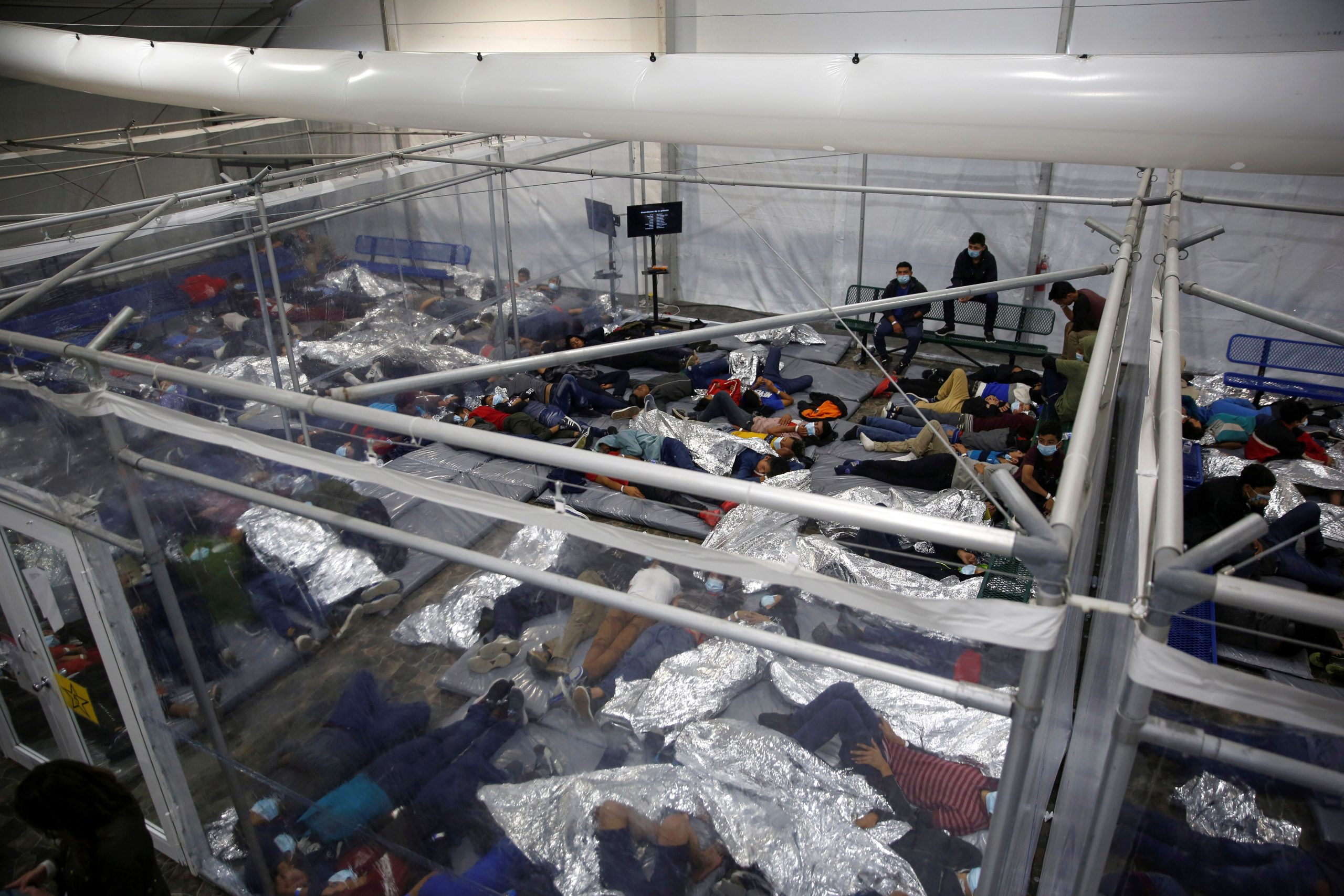 After more than a week of mounting pressure from Republicans and segments of the press, the Biden administration finally allowed journalists to tour one of the overcrowded border facilities.

FISM News reported earlier this week that the Biden administration has all but blacked out media access to these border facilities, with border patrol under an unofficial “gag order” according to NBC. Until now images from inside these facilities have been limited to insider leaks received by Axios and Project Veritas, along with footage from a delegation of Republican Senators led by Ted Cruz and John Cornyn.

Yesterday afternoon, CBS News Homeland Security & Justice reporter Nicole Sganga along with other members of the press were able to tour the same building the Republican Senators toured in Donna, Texas.  Fox News reported that the senators were asked by a Biden official to delete any photos upon leaving the facility.

The Biden admin allowed pooled coverage for the first time.

We saw a “pod” designed for 32 migrant children under CDC guidelines now holding 615.

The facility is at 1700% pandemic capacity.

Sgnana reports the facility is at 1700% pandemic capacity, even higher than Senator Cruz’s estimate of 1500%.  More than 2,000 individuals have been held at the center “over the legal limit of 72 hours,” with at least 39 minors being held for 15 days.

According to a senior Customs and Border Portal official, as of yesterday some 1,200 people were waiting to be put in custody of the Department of Health & Human Services. Sgnana says “unaccompanied migrant children ages 4 months – 9 years old are now being held in the recreational area around the clock because there’s just no room for them in the dormitory areas.”

Despite these facilities being beyond maximum capicity several times over and migrants testing positve for COVID-19, the Associated Press does not want the paper to refer to the situation as a crisis. In a leaked memo, Editor-at-Large for Standards John Daniszewski told staff “we should avoid, or at least, be highly cautious, about referring to the present situation as a crisis on our own, although we may quote others using that language.” This is done in part to prevent the paper from portaying “migrants as a negative, harmful influence.”

Dr. Michael Youssef: The ‘Crisis of Truth’ is Invading the Church