Biden may visit US-Mexico border for first time as president 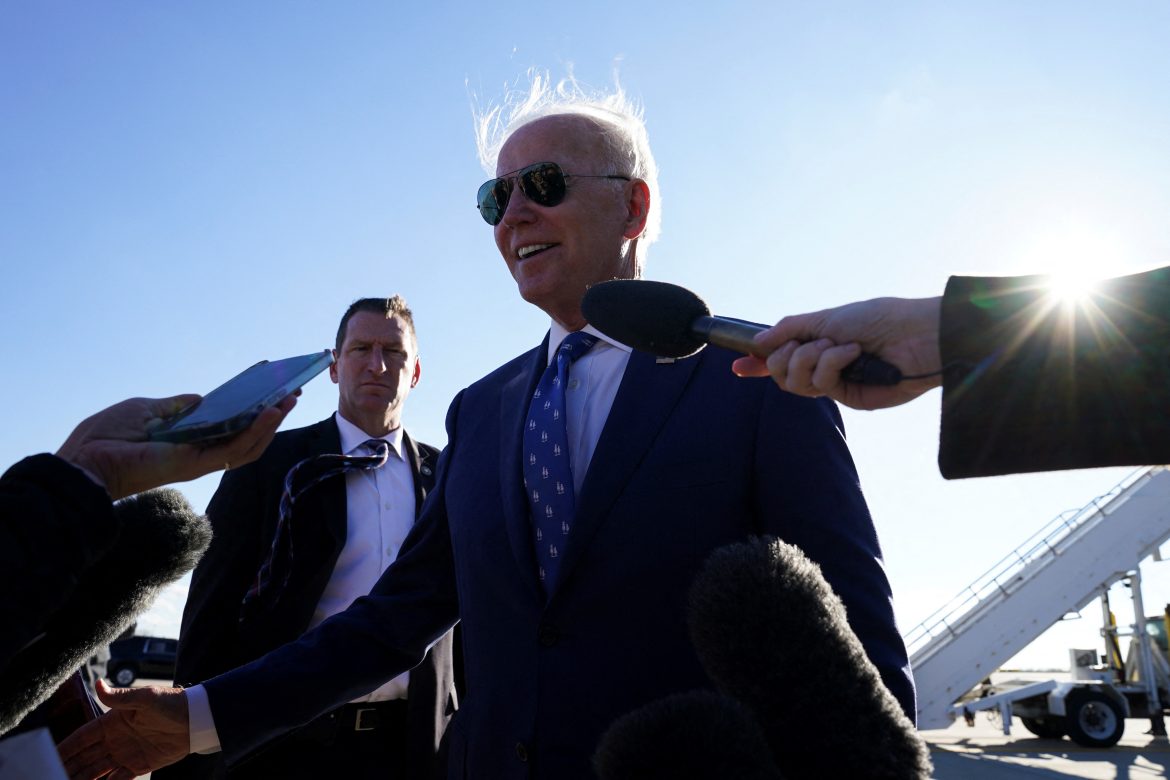 President Joe Biden announced Wednesday that he intends to visit the U.S.-Mexico border during his trip to Mexico next week in what would be the president’s first visit to the border since he took office.

“That’s my intention,” Biden told reporters when asked if he would go to the border. “We’re working out the details now.”

Biden drew heavy criticism from Republican lawmakers last month when he told reporters that there are more important things going on than visiting the border, despite the ongoing humanitarian crisis.

The president is due to appear at the North American Leaders’ Summit in Mexico City on Jan. 9 and 10, where he will meet with President Andrés Manuel López Obrador of Mexico and Prime Minister Justin Trudeau of Canada.

Biden’s potential border visit comes during an unprecedented migrant crisis which has seen a surge in criminal activities, with many blaming Biden’s porous border policies for the humanitarian emergency.

Since Biden took office, criminal records at the border have been shattered.

In fiscal years 2021 and 2022, U.S. Border Patrol agents encountered more than 10,000 and 12,000 criminal noncitizens, respectively, who were wanted by law enforcement or who previously had criminal convictions — the highest number of these types of encounters in six years, which is the furthest the data goes back.

During those same two fiscal years, total “nationwide convictions of criminal noncitizens” soared, according to Customs and Border Protection data. In 2021 and 2022, each of the following categories recorded their highest numbers for criminal noncitizen convictions in over six years, or the furthest the data goes back. They are battery, domestic violence, robbery, DUIs, illegal drug possession and trafficking, homicide, manslaughter, and sexual offenses.

Additionally, as previously reported by FISM News, human smuggling and trafficking continue to be a deep source of concern at the border, with many defenseless children and migrants being taken by cartels and exploited. According to the Texas Public Policy Foundation, “60% of Latin American children who set out to cross the border alone or with smugglers have been caught by the cartels and are being abused in child pornography or drug trafficking.”

According to the Heritage Foundation, rather than patrolling the border, “under the Biden administration, up to 70% of Border Patrol agents are off the line and doing what essentially social work is: getting illegal crossers registered, then arranging travel to their preferred U.S. destination at taxpayer expense.” The strain on border agents makes it difficult for them to properly vet individuals at the border and easier for criminal activities to go unnoticed.

Representative Darrell Issa (R-Cali.) criticized Biden for the crisis at the border in a tweet yesterday.

“Now Biden says his ‘intent’ is to visit the border next week,” Issa posted. “[It’s] too little, too late. But at least he’d get to see the crisis he created.”