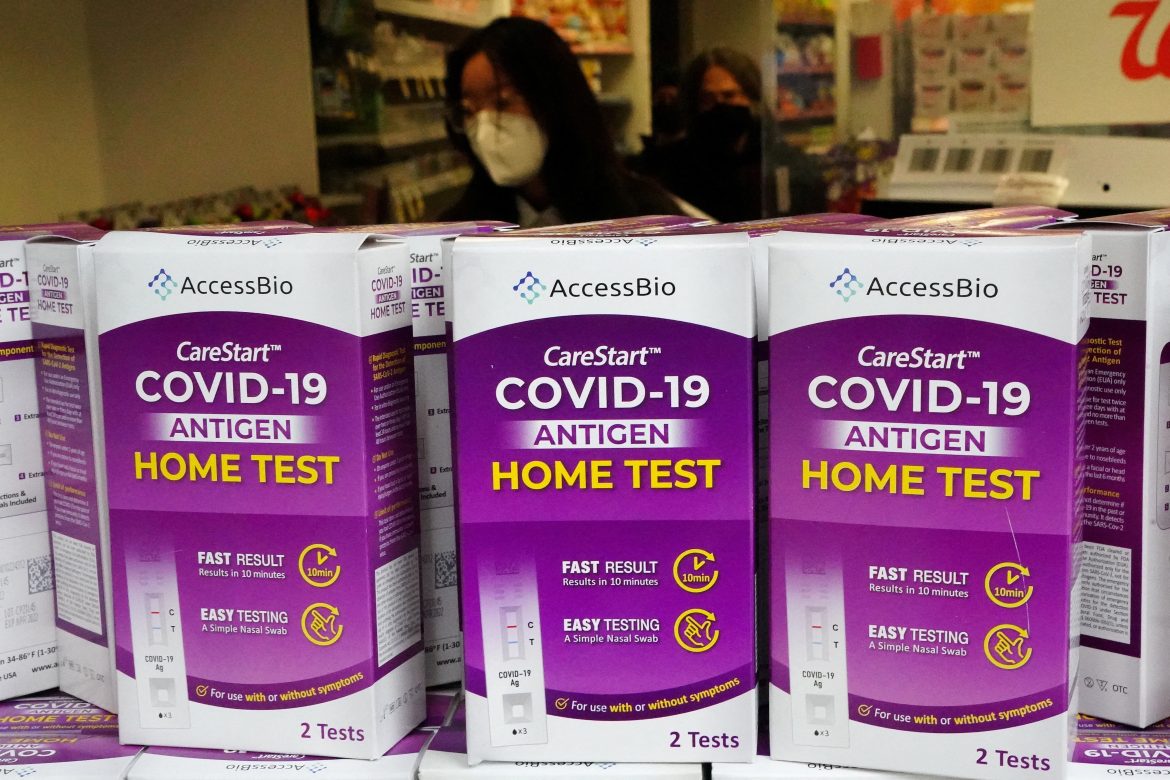 U.S. households can order four “free” at-home COVID-19 tests from the government website COVIDTests.gov beginning on Thursday as part of the Biden administration’s efforts to tackle coronavirus infections over the winter.

As is almost always the case when Democrats use the word “free”, the tests that the administration is offering are actually paid for by the federal government with taxpayers’ money.

The White House said it would use existing funding to pay for the tests since it has been unsuccessful so far in getting Congress to pass a bill to put more money toward the U.S. COVID-19 response.

The tests program was paused because officials wanted to make sure there were enough tests available in case there was a spike in COVID cases in the winter, White House COVID-19 response coordinator Ashish Jha said.

“This is the moment we were waiting for. We’re seeing that increase now,” Jha said in an interview with CNN.

COVID-19 cases have risen significantly over the past couple of weeks, and the United States is experiencing probably the worst flu season in a decade, he said. The good news, he added, was evidence that respiratory syncytial virus (RSV) cases have been coming down.

Earlier in the fall, hospitals had been filling up with children sickened by RSV, making for a respiratory disease triple threat.

The administration would start shipping orders for the latest round of tests during the week of Dec. 19.

Tests will also be made available at as many as 500 major food banks, the White House said.

The Biden administration came under criticism a year ago for not ensuring enough tests were available in the midst of a surge of COVID-19 cases and deaths. The administration later procured hundreds of millions of tests to make available to the public at the taxpayers’ expense.