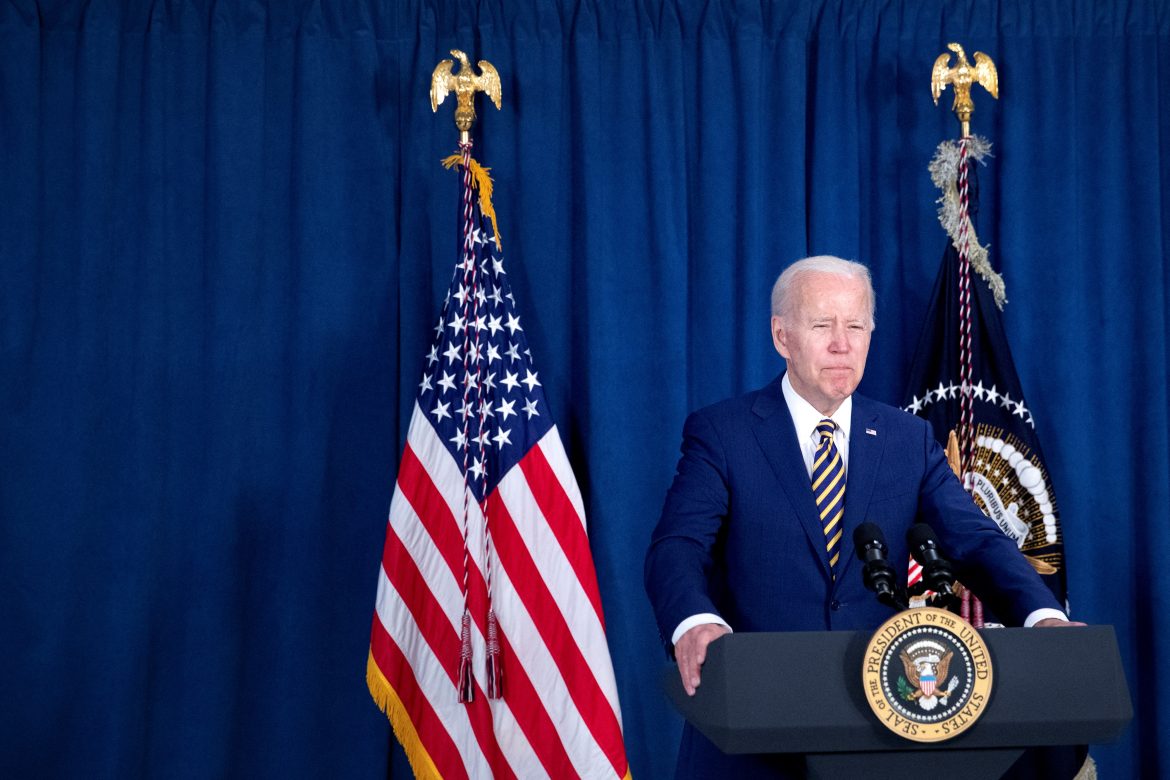 Condemning political violence, particularly against Supreme Court justices, should be an easy statement for government leaders to make. Yet President Joe Biden and other Democrat leaders remain largely silent about the unprecedented danger the top U.S. court officials face after a historic draft leak two months ago.

Since the leak of the Roe vs. Wade draft on April 2, the top justices in the U.S. have been in unprecedented danger. Abortion protestors campaign outside the homes of Supreme Court judges, seemingly encouraged by leading Democrats like President Joe Biden and Speaker of the House Nancy Pelosi.

This threat to their lives has grown more severe through address doxing. Now it appears that would-be assassins have become emboldened into action. On June 8, law enforcement authorities arrested an armed man outside Justice Brett Kavanaugh’s home. The 26-year-old Nicholas John Roske has since been charged with attempted murder.

Wednesday night, Biden had an interview scheduled with Jimmy Kimmel of ABC News. Not once in the 23 minutes that he spoke did he condemn the would-be Kavanaugh assassin.

While White House Press Secretary Karine Jean-Pierre told the press that the President “condemns the actions” of Roske “in the strongest terms,” the man’s own silence on the subject leaves some wondering if he truly views it as important.

“Coming out hard against political assignation attempts is something everyone can agree on, right?” Colby Hall wrote in a Mediaite opinion.

He added it was a missed messaging opportunity for Biden’s communications team. “Calling out a thwarted assassination attempt on Justice Kavanaugh would have been a great message to remind the nation he is the president of all Americans and not just Democrats.”

Former Press Secretary Kayleigh McEnany, who served during Donald Trump’s term, also criticized both the president and his vice-president for their silence.

Why hasn't President Biden HIMSELF condemned the deranged individual who showed up to kill Justice Kavanaugh? pic.twitter.com/T7ncwoR5yy

The silence is even more glaring in the face of Democrat leaders’ rhetoric against conservative justices going back at least two years.

When Kavanaugh and fellow conservative Justice Neil Gorsuch were named to the court, Majority Leader Chuck Schumer said from the Supreme Court steps, “You have released the whirlwind, and you will pay the price. You will not know what hit you if you go forward with these awful decisions.”

Schumer attempted to walk back his statements as meaning political repercussions instead of physical, but he has not denounced the comments to this date.

In light of the increasing threat of violence against justices and recent assassination attempts, Representative Ben Sasse (R-Neb.) said, “That is the majority leader of the supposed foremost deliberative body. I think Chuck Schumer has an obligation to denounce this.”

Rather than condemning protests outside justices’ homes, the Biden Administration signaled approval of the actions with former Press Secretary outright saying “we continue to encourage” peaceful protests.

It wasn’t until abortion supporters escalated to the use of Molotov cocktails that Psaki added that “violence, threats, and vandalism” should not be part of these protests. She added that judges should “be able to do their jobs without concern” for their family’s safety.

Yet Democrats have still blocked progress on a bill that would provide police details for the Supreme Court justices. Although the bill passed in the Senate, House Democrats have refused to pass it without an amendment granting extended security to clerks and other staff members.

“There will be a bill,” Pelosi told the press on Thursday, “but no one is in danger over the weekend because of our not having a bill.”

Meanwhile, the Ruth Sent Us pro-choice group publicly posted the daily schedule of Justice Amy Coney Barrett’s family, including church and the children’s school addresses. Fox News reported that the group has issued a call for demonstrations at both the family’s home and the church.