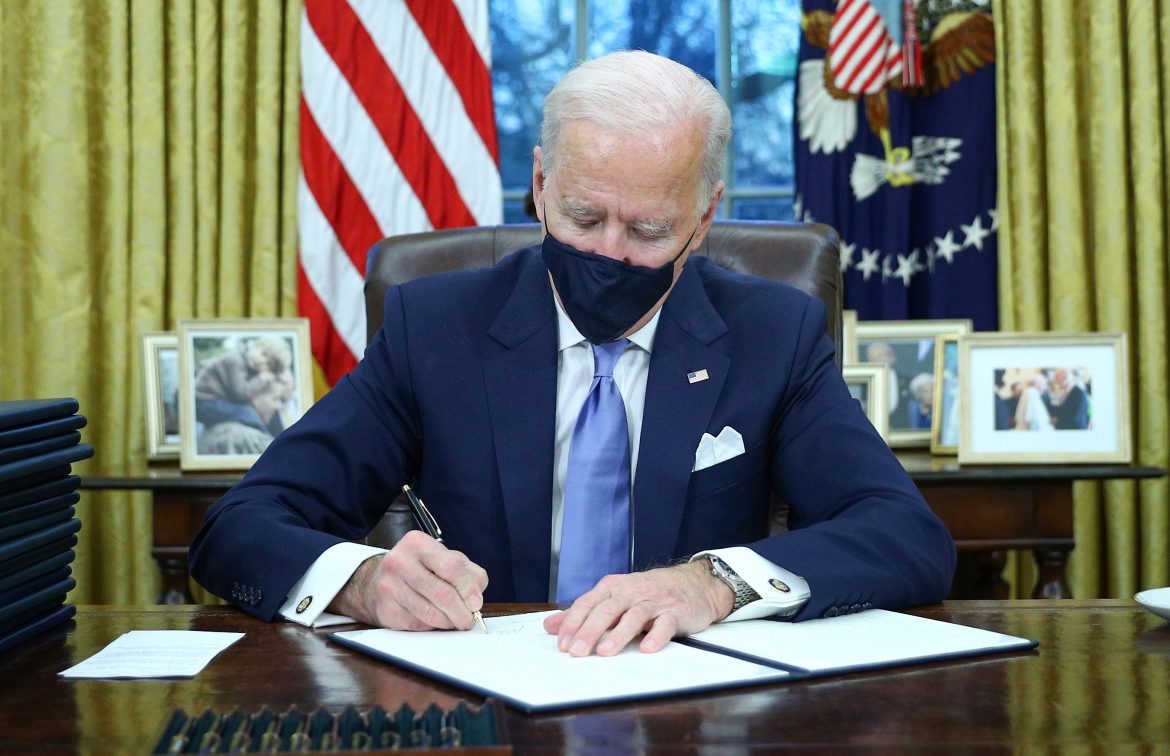 The harsh winds that swept across the steps of the Capitol during one of the windiest inauguration ceremonies on record, were indicative of the winds of change soon to follow in the Oval Office.

President Joe Biden signed 17 executive orders on his first day in office that were directly aimed at reversing course on much of the agenda that Donald Trump accomplished over his four years in office.

The first three orders that Biden signed in front of reporters included rejoining the Paris climate accords, a mask mandate on federal property, and a review of racial equity within government programs and policies.

Biden then signed 14 more executive orders throughout the day on a variety of issues marking a definitive change in the direction of policy from his predecessor. A sampling of the orders included the defunding of the border wall, a cancellation of travel bans on countries with known ties to terrorism, protection of LGBT rights, a pause on student loan payments, and revoking of the Keystone pipeline permit.

Biden stated, “I’m going to start by keeping the promises I made to the American people. There’s a long way to go, these are just executive actions. They are important but we’re going to need legislation for other things we’re going to do.”

The newly instated president also put a moratorium on any new motions that Trump had put in place. This move seeks to immediately undo any of Trump’s last actions in office.

These wide-ranging orders mark possibly the most swift changes in policy by a president in his first day in office. The actions took aim to erase Trump’s legacy. Many conservatives voiced their concerns over the actions, as they did not point to any sign of Biden seeking to collaborate with the other side of the aisle.

A Prayer For The Biden Administration