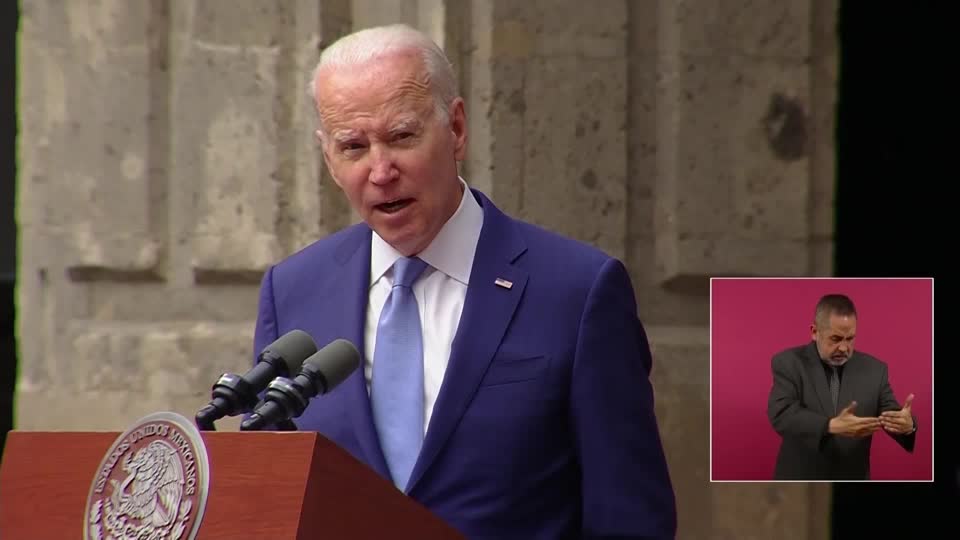 President Biden finally broke his silence on the classified documents scandal Tuesday that threatens to unravel his administration’s dogged pursuit of former President Trump over the retention of documents seized from his Mar-a-Lago estate in August.

After twice ignoring reporters’ questions on the subject during the two-day North American Leaders Summit in Mexico City, Biden said that he was “surprised” to learn that classified documents were found at his private office at the Penn Biden Center during a joint news conference with his Mexican and Canadian counterparts.

The president asserted that “people know” that he takes classified documents seriously and said he and his team are “cooperating fully with the review, which I hope will be finished soon.”

Meanwhile, the top Republican on the House Intelligence Committee sent a letter Tuesday to the national intelligence director requesting a “damage assessment” as to whether Biden’s retention of the documents is a “potential violation of national security laws.”

“It has been reported that a portion of the materials at issue were marked ‘sensitive compartmented information,’ indicating the highest classification and most sensitive intelligence information in our government,” Incoming House Intelligence Chairman Mike Turner (R-Ohio) wrote to the Director of National Intelligence Avril Haines.

“This discovery of classified information would put President Biden in potential violation of laws protecting national security, including the Espionage Act and Presidential Records Act,” he said, pointing out that “Those entrusted with access to classified information have a duty and an obligation to protect it. This issue demands a full and thorough review.”

“Under Intelligence Community (IC) directives issued by your office, damage assessments are used ‘to evaluate actual or potential damage to national security resulting from the unauthorized disclosure or compromise of classified national intelligence,’” the missive stated.

CNN reported Tuesday that the documents found in Biden’s possession include U.S. intelligence items related to Ukraine, Iran, and the U.K., citing an unnamed source with knowledge on the subject.

Ohio Republican Rep. Jim Jordan, chair of the powerful House Judiciary Committee, called out the Biden administration over its lack of transparency, saying the American people should have been notified much sooner that classified documents were found in Biden’s think tank office, even suggesting that the delay was politically motivated.

“They knew about this a week before the [Nov. 8] election. Maybe the American people should have known that,” Jordan told reporters.

“They certainly knew about the raid on Mar-a-Lago 91 days before this election, but [it would have been] nice if on November 2, the country would have known that there were classified documents at the Biden Center.”

Since the scandal broke Monday, amid Republican accusations of a “two-tier justice system,” mainstream media outlets have rushed to differentiate Biden’s retention of classified documents from Trump’s, offering “explainers” and “side-by-side” comparisons to make the case that Biden’s lapse was a harmless hiccup while Trump’s represented an egregious abuse of power and significant threat to the country.

“To see the Biden story as identical [to Trump’s] is clearly insane,” MSNBC’s Steve Benen wrote, stating that Biden “appears to have inadvertently moved a ‘small number of documents’ with classified markings to the Penn Biden Center” while Trump knowingly kept hundreds.

ABC News stressed that Biden’s team turned over the documents “the same day they were discovered, without any intent to conceal,” while Trump engaged in a protracted battle with the National Archives to hand over documents he claimed to have declassified himself.

“The matter differs substantially from the ongoing investigation into the mishandling of records at former President Trump’s Mar-a-Lago property, both in terms of the sheer number of documents stored at the center and that Biden’s team notified the National Archives once the records were discovered,” The Hill wrote.

A few outlets bravely swam against the current, acknowledging that the scandal is a bad look for the president, who asked during a September interview on CBS News’ “60 Minutes” how “that could possibly happen” and how “anyone could be that irresponsible,” in reference to Trump.

“If Trump was ‘irresponsible’ for stashing secret documents, what does it make Biden?” USA Today columnist Ingrid Jacques asked.