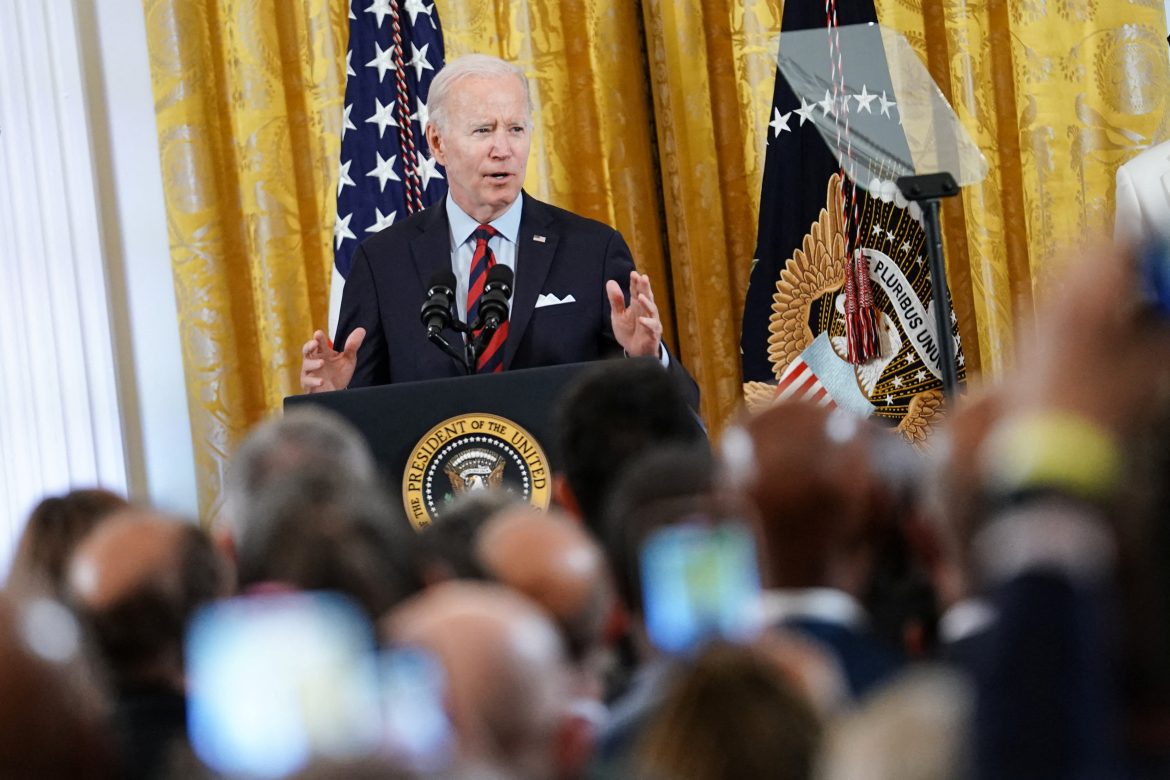 President Biden will issue an executive order directing the Department of Health and Human Services (HHS) to expand national access to “gender-affirming” care and block federal funding for conversion therapy. He will make the announcement during a Pride month event next Wednesday, according to the White House.

The order will specifically provide increased access for sex change treatments for American adults and children, including gender reassignment surgeries and puberty blockers. It also targets legislation passed in some Republican-led states to protect young children from transgender and LGBTQ indoctrination in the classroom, including Florida’s parental rights law.

The Biden administration has been vocal in its support for controversial “gender-affirming care” for kids, which critics say is a euphemism for often irreversible medical interventions, including reassignment surgeries, performed on children whose minds and bodies are still developing.

“The President’s Order charges HHS to work with states to promote expanded access to gender-affirming care,” the White House said in a fact sheet. “The Department of Justice has intervened and filed statements of interest in lawsuits across the country challenging state laws that seek to ban transgender children from accessing gender-affirming health care and participating in school activities as unconstitutional.”

The order also directs the HHS to strip federal funding from organizations that offer conversion therapy, a psychological and/or spiritual intervention to dissuade individuals from pursuing the LBGTQ/transgender lifestyle and discourage sex-altering medical interventions.

The White House in its fact sheet described conversion therapy as “a discredited and dangerous practice that seeks to suppress or change the sexual orientation or gender identity of LGBTQI+ people.”

“Today, President Biden is using his executive authority to launch an initiative to protect children across America and crack down on this harmful practice, which every major medical association in the United States has condemned,” the statement reads.

It is likely no coincidence that Biden will sign the order surrounded by LGBTQ children from Texas and Florida, two states that enacted laws this year to crack down on the sexualization of children. Florida’s parental rights law limits young children’s exposure to sexualized content in the classroom, and Texas passed legislation allowing officials to investigate parents who subject their minor children to gender-transition medical interventions for potential child abuse.

Assistant Secretary for Health Rachel Levine, the first openly-transgender American to serve in a Senate-confirmed position, praised the President’s executive order in a statement.

“Today’s executive order continues the Biden Administration’s work against prejudice and makes it easier for people living in this country to live their lives openly and freely without fear of harassment, scorn or attack,” Levine was quoted as saying in a Daily Caller report.