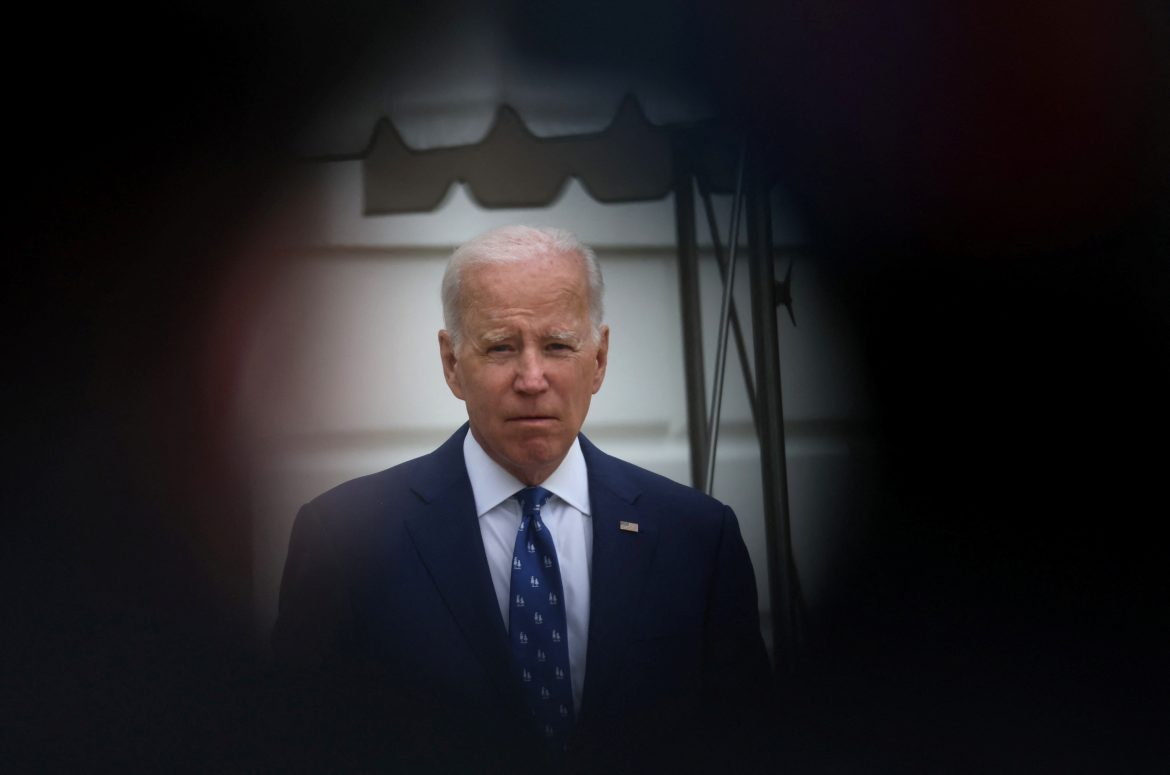 President Biden advised migrants to “not just show up at the border” in a rare public address on border security Thursday as his administration unveiled a list of proposals it says will curb illegal immigration.

The announcement came amid mounting pressure from both Republican and Democratic lawmakers, particularly in border states, to do something — anything — to stem the flow of migrants into the country that has produced a significant humanitarian crisis. It also comes ahead of Biden’s scheduled trip to El Paso, Texas on Sunday, which will mark his first visit to the U.S. southern border since taking office.

“Do not, do not just show up at the border. Stay where you are and apply legally from there,” Biden said as he announced the changes.

According to a White House Fact Sheet, the administration will “immediately” begin expelling migrants from Cuba, Haiti, and Nicaragua under Title 42, even as it prepares to fight to end the Trump-era rule in the Supreme Court. The plan expands on restrictions placed on Venezuelan migrants announced in October.

In addition, asylum seekers who enter the U.S. illegally and who cannot be expelled under Title 42 “will be increasingly subject to expedited removal to their country of origin and subject to a five-year ban on reentry,” according to the document.

At the same time, the administration said it plans to welcome up to 30,000 migrants into the U.S. per month (360,000 annually) by tripling refugee resettlement from Latin American and Caribbean countries over the next two years and extending the Venezuelan parole process to asylum seekers from Nicaragua, Haiti, and Cuba in an expansion of “legal pathways” for U.S. entry.

“This new process is orderly,” Biden said. “It’s safe and humane, and it works.”

Meanwhile, the administration also announced plans to provide more resources to nongovernmental organizations (NGOs) to assist migrants. Republicans have repeatedly accused these organizations of colluding with the federal government to help migrants enter the country illegally.

Department of Homeland Security Secretary Alejandro Mayorkas also announced the launch of a new app to allow migrants to schedule a time to meet with officials at a legal port of entry. The “CBP One” app is described as “a new mechanism for noncitizens to schedule appointments to present themselves at ports of entry, facilitating safe and orderly arrivals.”

“We can provide humanitarian relief consistent with our values, cut out vicious smuggling organizations, and enforce our laws,” Mayorkas said in a news release announcing the app and the administration’s other policy changes.

During his 20-minute speech, Biden once again blamed Republicans in Congress for the border crisis, claiming that they rejected his requests to provide funds to “secure” the border.

Erin Dwinell, a senior research associate with The Heritage Foundation’s Border Security and Immigration Center, however, recently pointed out that language included in the Democrats’ omnibus bill expressly prohibits funding for Customs and Border Protection “to acquire, maintain, or extend border security technology and capabilities, except for technology and capabilities to improve Border Patrol processing,” though it includes tens of billions to help Ukraine secure its borders.

‘NO ONE KNOWS THIS BETTER THAN THE VICE PRESIDENT’

Biden continued: “And the failure to pass and fund this comprehensive plan has increased the challenges that we’re seeing at our southwest border,” adding, “No one knows this better than the Vice President.”

Vice President Kamala Harris, tasked in March of 2021 with exploring the “root causes” of illegal immigration as the administration’s “border czar,” declared in September that “We have a secure border” despite record-shattering crossings.

PRESIDENT CLAIMS SITUATION AT BORDER ‘GETTING MUCH BETTER’

Despite acknowledging the untenable situation at the border, Biden claimed that things have been “getting much better” under his leadership.

“You know, I — I know it’s hard to see, but because our politics has been so divisive — you know it’s getting much better, as you’ve all observed, but it’s been so darn divisive that it — it clouds the picture,” he said.

Biden’s sudden determination to fix the border crisis may ring hollow to his critics. Since taking office, he has passed 89 executive orders undoing the Trump administration’s border and immigration policies, according to the Migration Policy Institute (MPI), while Secretary Mayorkas has implemented policy changes to halt detentions and deportations.

The administration also has a track record of actions that sharply contrast its pro-border security rhetoric, including covertly transporting illegal migrants into the nation’s interior and imposing gag orders on Customs and Border Patrol officials preventing them from releasing data on migrant crossings, along with other actions that appear to reflect an effort to encourage illegal immigration.

The administration’s announcement of the new immigration policy revisions was met with criticism from immigration advocates.

“President Biden correctly recognized today that seeking asylum is a legal right and spoke sympathetically about people fleeing persecution. But the plan he announced further ties his administration to the poisonous anti-immigrant policies of the Trump era instead of restoring fair access to asylum protections,” Jonathan Blazer, ACLU’s border strategies director, said in response to the announcement, according to a report by The Associated Press.