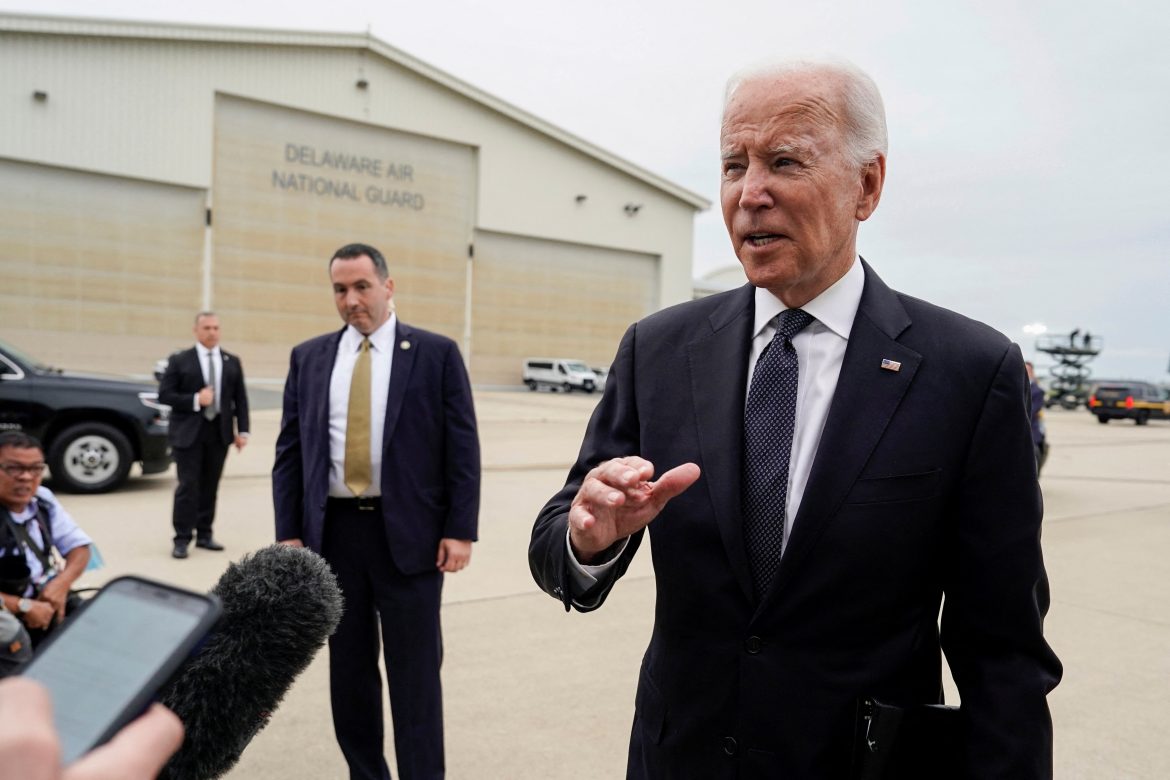 President Joe Biden signed orders on Monday to push more government dollars to the U.S. biotechnology industry, as he promoted his initiative to create new treatments and cut the death rate from cancer in half in the next 25 years. Cancer “doesn’t care if you’re Republican or Democrat,” Biden said at the John F. Kennedy Library in Boston, on the 60th anniversary of JFK’s ‘Moonshot‘ speech that urged Americans to lead in the exploration of space.

Biden drew a parallel between the former president’s goal of reaching the moon and his own goal of cutting cancer death rates in half in the next 25 years.

“Today I’m setting a long term goal for the Cancer Moonshot – to rally American ingenuity, we engage like we did to reach the moon, but actually cure cancers…once and for all,” Biden said.

60 years ago, President Kennedy said that America chose to go to the moon not because it was easy, but because it was hard. Because that challenge is one we were unwilling to postpone.

Today, our moonshot is ending cancer as we know it. And it's something we can do together. pic.twitter.com/9Ud2p7WjE2

He said research could spark medical breakthroughs, including a vaccine to prevent cancer, or a blood test that could detect cancer in an annual physical.

The executive order allows the federal government to direct funding for the use of microbes and other biologically derived resources to make new foods, fertilizers, and seeds, as well as making mining operations more efficient, administration officials said.

Biomanufacturing has been used to generate cancer treatments, including those derived from plants or using re-engineered immune cells.

The White House did not provide any specifics on how much money would be available, where it would come from or how it would be allocated. Further details are expected at a White House summit on the topic Wednesday.

The U.S. federal government is already a source of funds to biotechnology research and development (R&D) through the National Institute of Health, the U.S. Department of Agriculture and other agencies. Overall U.S. funding for R&D has dropped as a percentage of gross domestic product since a peak in the 1950s, a trend Biden has pledged to reverse.

Potential applications range from the biodiesel fuels made by Renewable Energy Group to the COVID-19 vaccines made by Pfizer-BioNTech or the genetically modified seeds made by Corteva Inc.

The agency, created in March to make medical health research and innovation breakthroughs, is projected to cost $6.5B over three years.

The American Cancer Society estimates that there will be1.9 million new cancer cases diagnosed and 609,360 cancer deaths in the United States in 2022. Biden’s son Beau died of brain cancer in 2015 at age 46, something the president has said helps inform his passion for the project.