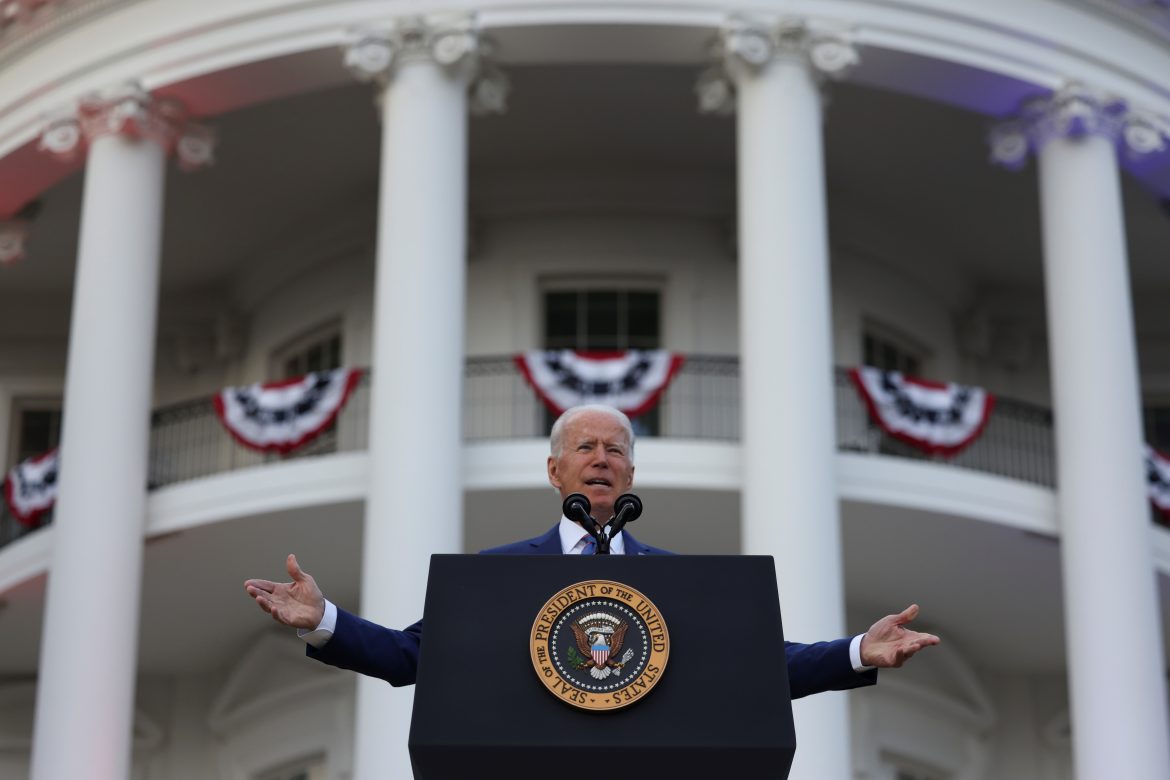 President Joe Biden used his 4th of July speech to celebrate the pandemic progress, urge American’s to get the vaccine, and reinforce his agenda.

Biden welcomed 1,000 guests, many of them military personnel and first responders, to the South Lawn of the White House for an old fashioned picnic celebrating America’s independence . The event was the largest that Biden has hosted since taking office, although it was still much smaller than previous White House Independence Day celebrations. Prior to the firework show that culminated the evening, Biden addressed the crowd as well as the nation.

The nature of Biden’s speech was best summed up as tentative optimism.

He touted the progress that his administration has made in regard to the pandemic and celebrated that this year American’s were able to enjoy the national holiday in more typical fashions than last July. He was then quick to note that “the battle against COVID-19 is [not] over,” and that the country has “a lot more work to do.”

Biden also praised that fact that America is “seeing record job creation, and record economic growth, the best in four decades, and…the best in the world.”

While Biden did praise the American public for their role in what he called “one of the most remarkable achievements in American history,” he seemed determined to take credit for this progress. Naturally, Biden failed to mention that the vaccine efforts had been initiated by the previous administration, or that the reason there was such economic growth was because of the toll the pandemic had taken on the economy – with the only direction being up.

Biden also used the day to push some of his major platform items, including voting reform, green energy, and equal opportunity initiatives:

Folks, it’s up to all of us to protect the right to life, liberty and the pursuit of happiness. The right to equal justice under the law. The right to vote and have that vote counted. The right to breathe clean air, drink clean water, and know our children and grandchildren will be safe on this planet for generations to come. The right to rise in the world as far as your God-given talent can take you, unlimited by barriers of privilege or power.

Perhaps the most bizarre moment of his speech was when he pushed for Americans to get vaccinated. With men and women who have served in our military sitting before him, Biden claimed that getting the vaccine was the “most patriotic thing you can do.” To be fair, Biden did praise the military, stating to those in the crowd that serving as their commander-in-chief was one of his “greatest honors.” But when you have those who have risked their lives for the sake of our nation in attendance, equating the highest form of patriotism to getting a shot, at best feels like a cheap marketing ploy and at worst could be considered dishonoring.

Biden fell short of his goal of getting 70% of eligible Americans vaccinated by Independence Day. The CDC shows that currently 67% of the country has received at least one shot of vaccine. Perhaps this is why he used such strong words to try to achieve the purported herd immunity threshold.