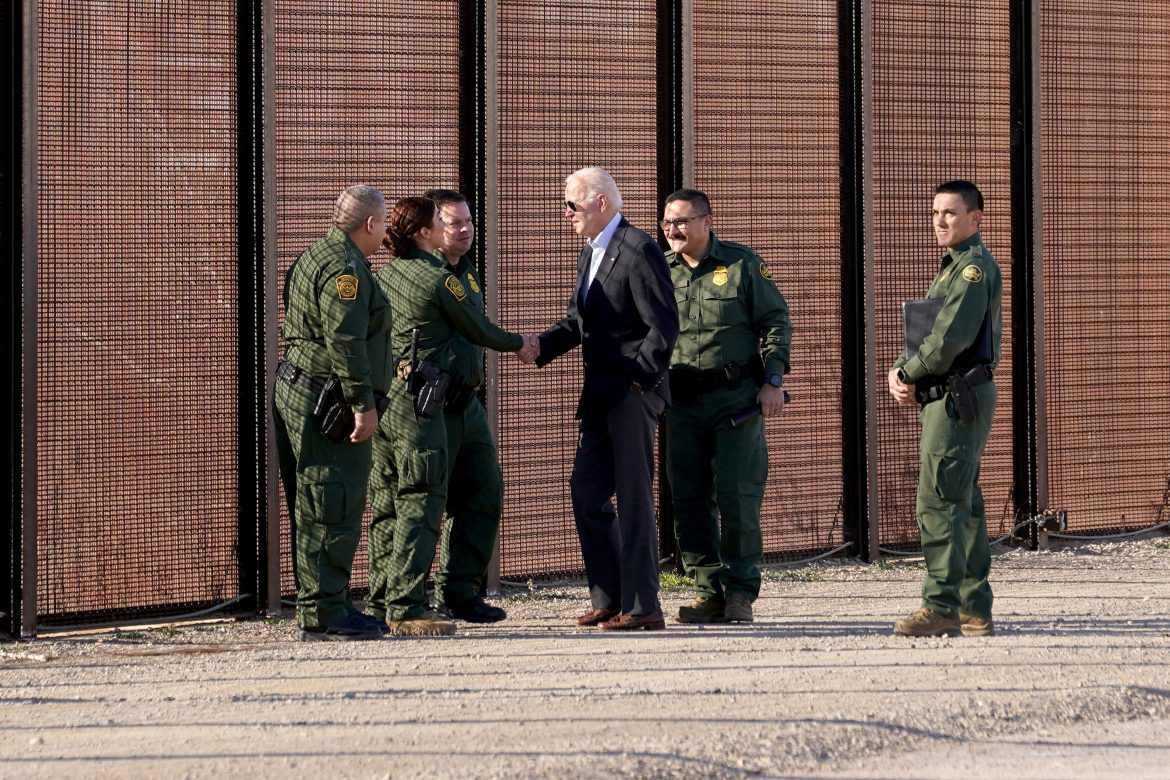 President Joe Biden told the nation Sunday that the crisis at the southern U.S. border would not be solved overnight. His long-awaited visit to the border, however, was completed in less than an entire afternoon.

All told, Biden spent about three hours near the border in El Paso, Texas, where he toured an area that had only recently been cleared of more than 1,000 homeless migrants.

“Our problems at the border didn’t arise overnight,” Biden tweeted. “And they won’t be solved overnight. But, we can come together to fix this broken system. We can secure the border and fix the immigration process to be orderly, fair, safe, and humane.”

Our problems at the border didn’t arise overnight. And they won’t be solved overnight.

But, we can come together to fix this broken system.

We can secure the border and fix the immigration process to be orderly, fair, safe, and humane. pic.twitter.com/dtP6IAJZMR

He later added, “My Administration is using the tools available to limit illegal migration, expand legal pathways to immigration, and increase security. The approach we’re taking is based on a model we know works. But to truly fix our broken immigration system, Congress needs to act.”

As previously reported on FISM, Biden’s current plan is to expel migrants from Haiti, Cuba, and Nicaragua under Title 42, a law the administration still vows to fight to overturn, while also tripling the number of immigrants from Latin America and the Caribbean allowed into the country each year.

The president has also threatened to ban migrants who “show up” at the U.S. border for five years.

Biden’s visit drew heavy criticism for its brevity, with some detractors calling it little more than a photo op. One might as quickly refer to it as a pit stop as Biden traveled immediately from El Paso to Mexico City, where he will meet for far longer with Canadian Prime Minister Justin Trudeau and Mexican President Andres Manuel Lopez Obrador about advancing “our shared priorities for North America.”

Brief though Biden’s visit was, it still gave Texas Gov. Greg Abbott occasion to hand-deliver a letter to the president outlining the reality of the border crisis.

“Your visit to our southern border with Mexico today is $20 billion too little and two years too late,” Abbott wrote. “On behalf of all Americans, I implore you: Secure our border by enforcing Congress’s immigration laws.”

Hand-delivered a letter to President Biden today during his first visit to the border.

I’m calling on Biden to do his constitutional duty to protect our nation. pic.twitter.com/cy8xgh5EJ2

Sunday marked Biden’s first visit to the border as president. While in El Paso, he walked along the massive border wall and met with border enforcement officials.

The most notable people with whom Biden did not interact were the migrants themselves. Thanks to the city-wide sweep, there were no migrants present for the president to meet.

Texas Sen. Ted Cruz pointed out that this was a rarity in a statement:

Finally, after 5.3 million illegal alien crossings with over a million who got away, President Biden is visiting the border. If President Biden seriously wants to address the crisis his administration created, he needs to visit McAllen, Eagle Pass, Del Rio, and Laredo, and talk to the communities ravaged by crime, the ranchers who find bodies on their land, the Border Patrol who are overwhelmed, and the families who have lost loved ones due to cross-border drug trafficking. Instead, he has spent two years gaslighting the American public about how bad things really are. If he’s serious, he needs to wake up, acknowledge reality, reverse his failed policies, and secure the border.