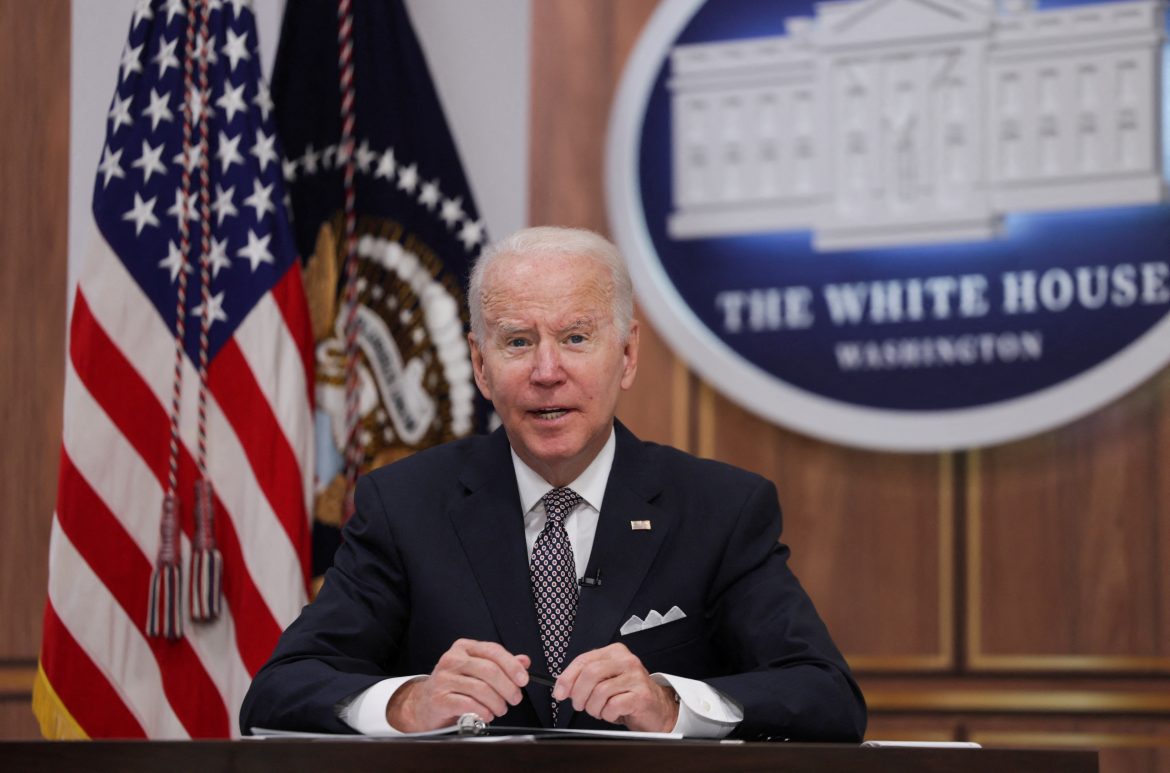 In his June 8 on Jimmy Kimmel’ s program, President Joe Biden hinted that he might use executive actions to hinder states’ rights to legislate abortion if the Supreme Court overturns Roe vs. Wade. One report details his team in charge of examining the legality.

In the interview, Kimmel mentioned the possibility that the two landmark Supreme Court cases which currently force all states to legalize abortion partway through the second trimester would be overruled in an upcoming decision. This event is likely after a May 2 opinion draft leak shows the majority conservative court is leaning in this direction.

In response, Biden said, “Well if that occurs, we’ll have to legislate it.”

While he initially mentioned federal law, a few minutes later he added, “And I don’t think the country will stand for it, but I think what we’re going to have to do, there’s some executive orders I could employ, we believe, we’re looking at that right now.”

In the event that Roe and the related Casey decisions are overruled, states regain their authority to regulate abortion. This right was stripped by Roe. Before the 1973 decision, 30 states prohibited abortion without exception. An additional 16 states banned abortion but made exceptions that varied per state but might have included rape, incest, or health threat to the mother.

With the anticipated ruling in the coming weeks, leading abortion advocate and provider Planned Parenthood has earmarked 26 states that “could quickly move to ban abortion.”  Half of these states have trigger laws on record that will automatically come into effect when Roe is overturned.

However, the states’ right to govern on this subject is threatened by the President’s hint that he will use executive action to force his abortion views onto state lawmakers.

A Thursday New York Times report provided more details of what this might look like: “Some of the ideas under consideration include declaring a national public health emergency, readying the Justice Department to fight any attempt by states to criminalize travel for the purpose of obtaining an abortion, and asserting that Food and Drug Administration regulations granting approval to abortion medications pre-empt any state bans, the officials said.”

Senator Marco Rubio (R-Fla.) warned on Friday that he would fight any “public-health emergency” route that the White House might take to protect abortion. The senator vowed to introduce legislation to veto what he called an “outrageous presidential power grab.”

He added, “The real emergency in this country is that thousands of unborn Americans are killed every day. It is a cruel and grotesque abuse of presidential power to protect that practice.”