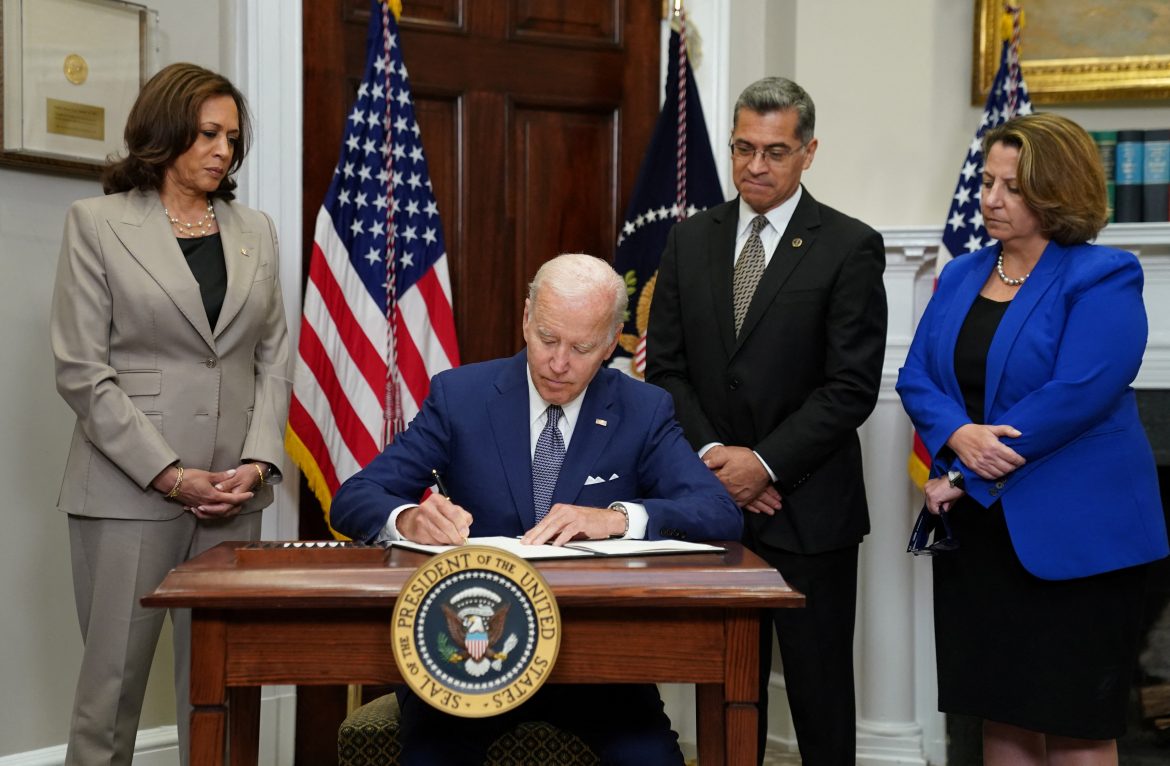 President Joe Biden called the United States Supreme Court “out of control” Friday as he signed an executive order that even his staunchest supporters and the president himself have noted will have limited impact.

While the president repeated his and the left’s criticism of the nation’s highest court, there was little beyond rhetoric Biden could offer.

“On the day the Dobbs decision came down, I immediately announced what I would do,” Biden said during remarks made in the Roosevelt Room. “But I also made it clear, based on the reasoning of the Court, there is no constitutional right to choose … the only way to fulfill and restore that right for women in this country is by voting, by exercising the power at the ballot box.”

Biden said he hoped American voters would support the candidates that would give him a Democrat-led House and “two additional pro-choice senators.”

As to the order, what the president signed achieved little more than asking for a plan. Primarily aimed at Secretary of Health and Human Services Xavier Becerra, the order established a 30-day window during which Biden called upon his lieutenants to:

After the signing, the White House released a collection of congratulatory and thankful comments from Democrats, but most of the remarks were framed in terms of the executive order being the precursor to a national codification of abortion rights.

“The administration’s actions announced today are welcome steps to mitigate the impact of this decision,” Sen. Maggie Hassan (D-N.H.) said in one statement. “We also know that in the aftermath of the decision, [Senate minority leader] Mitch McConnell and anti-choice extremists’ ultimate objective is to ban abortion nationwide — we must hold the line against this and keep fighting to protect a woman’s fundamental freedom.”

Hassan’s remarks rang odd on Friday, at least in the sense that the enemies she decried were mostly silent on the topics of abortion and the executive order.

Matters of inflation, recession, economy, and gun rights occupied this group’s attention, a clear indication the right sees these areas as more fertile as Republicans seek to reclaim power in Congress this fall.

In the grand scheme of American politics, the lasting legacy of Biden’s latest executive order might well be as a footnote en route to the 2022 midterms.

Financial Issues Partnership — The Benefits and Impact of your Partnership

At least 16 dead, dozens missing after flash flood in Kashmir