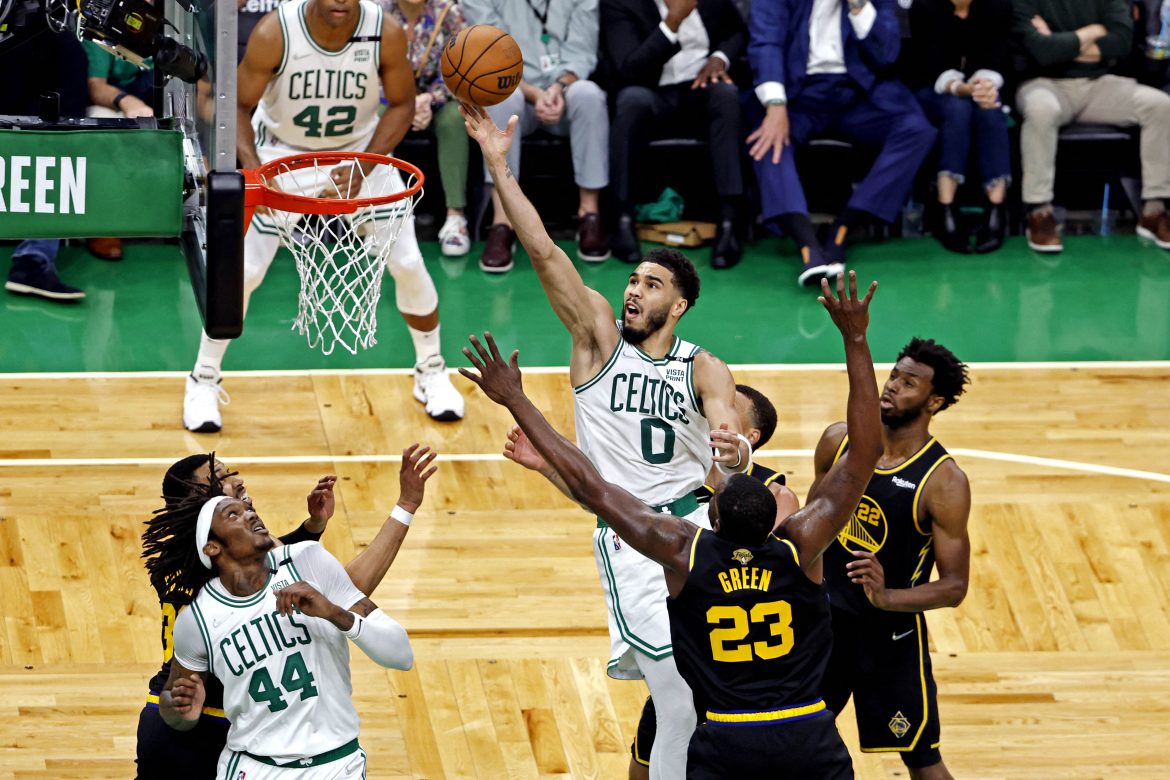 The Boston Celtics got tough to move halfway toward their 18th world championship.

A stellar defensive performance from Robert Williams III was the difference-maker as the Celtics took a 2-1 series lead.

The 24-year-old center had 10 rebounds, four blocks, and three steals and finished a game-high plus-21 on the floor. Over two minutes in the fourth quarter, Williams made superstar Stephen Curry look like a turnover-prone rookie. Williams stole two of Curry’s passes in that stretch, forced him to throw an errant pass to Draymond Green, and blocked his floater.

Notably, Williams is playing with a sore knee after having left meniscus surgery late in the regular season. Watching him grimace at times during these games, his pain is visible.

“I’m just trying to be accountable for my team,” Williams said. “We made it this far. I had a discussion with myself, by pushing through this. I’m happy with how it’s going. We’ll worry about the injury after the season, but for now, I’m still fighting.”

Williams also added eight points, including an emphatic dunk off an alley-oop pass from Al Horford.

“He’s a game-changer,” Horford said. “We’re very fortunate to have a guy like that that impacts winning in the way that he does because it’s beyond the numbers with him. It’s just all the things that he brings, being in the right places. I’ve been so impressed with Rob, just his ability to just continue to get better and learn.”

Smart, who scored 24 points, heaped praise on his young teammate. Williams, who earned All-NBA second-team defense honors, is starting in the playoffs for the first time in his four-year career.

“It does everything for us. It makes us even more dangerous,” Smart said. “The way he attacks the rim in the aerial attack for us and it puts a lot of pressure on defenses, especially the one where they’re not very big in that 5 position. The things that he can do, just throwing the ball up there and let him go do it, is remarkable. When he’s doing that and he’s protecting that paint and he’s moving the way he’s moving, it makes us that much more dangerous.”

The Celtics blew a 14-point lead in the third quarter, falling behind 83-82 following a 12-0 run by the Warriors. But Smart nailed a 3-pointer to reclaim Boston’s lead, and the Celtics, fueled by a raucous crowd in their first Finals game at home since 2010, kept adding to it in the fourth.

“I think that is when we are at our best, when we respond to tough situations,” said Tatum, who had 26 points and nine assists. “We respond to teams going on runs and things like that. I think we did that several times tonight.”

Curry, Green, Klay Thompson, and the rest of Golden State’s battle-tested players aren’t going to back down after a difficult night. They’ve proven to be a resilient team while winning three NBA titles over the previous seven seasons.

But Boston has all the momentum, and the challenge will be even harder if Curry isn’t healthy. Curry came up limping after a scramble late in the game. The two-time NBA Most Valuable Player said his ankle injury won’t prevent him from playing Friday night when the Warriors try to even the series. However, it could limit his ability to perform at his maximum level.

“I’ll see how it responds. I don’t feel like I’ll miss a game, though,” Curry said. “Take advantage of these next 48 hours to get ready.”