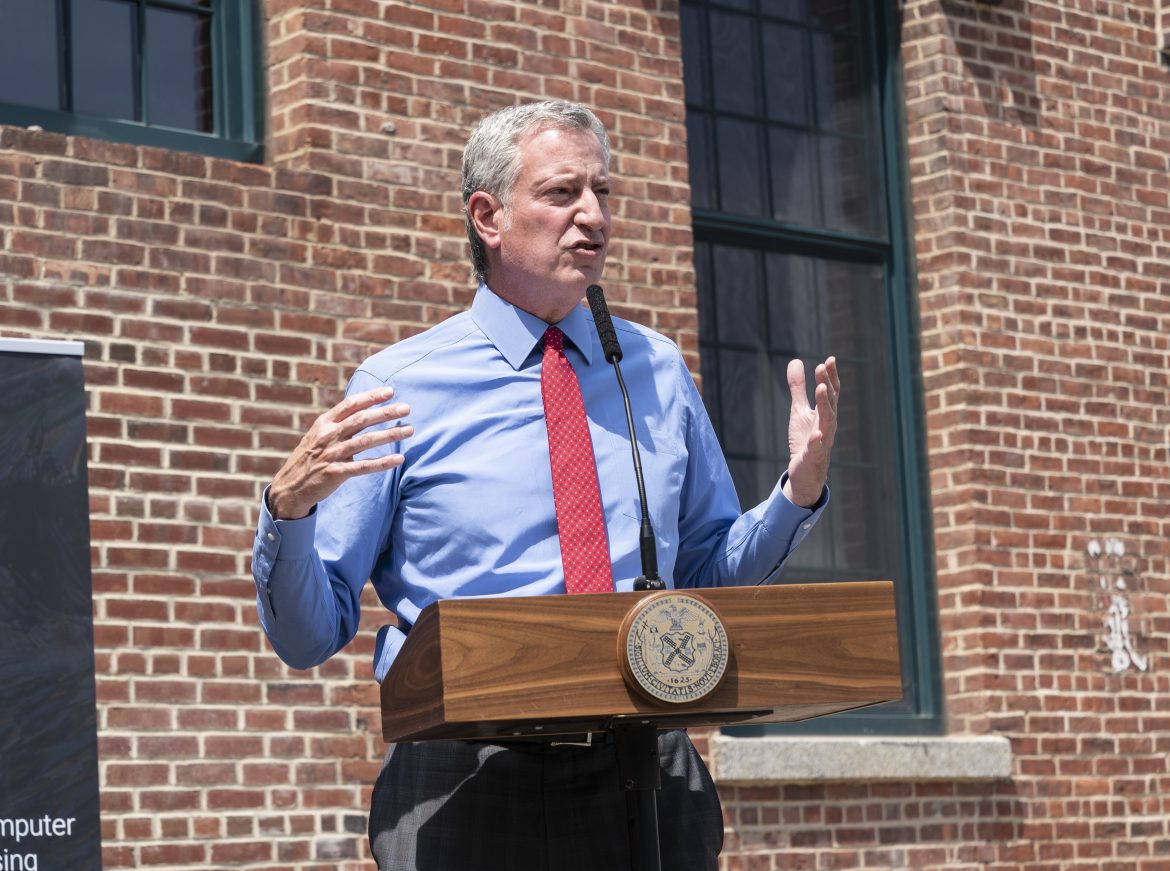 After a chaotic year of lockdowns, BLM riots, and confusion from its elected leaders, it seems that New York City will be back in full swing by summer of this year.

That is according to NYC Mayor Bill de Blasio, who announced yesterday on MSNBC’s “Morning Joe” that the city will “fully reopen” by July 1.

“Our plan is to fully reopen New York City on July 1” —@NYCMayor pic.twitter.com/2CqSC9XqJr

De Blasio said that the Big Apple is “ready” for everything to open back up, mentioning the “6.3 million vaccinations” as the primary reason for confidence in reopening. He touted the city’s vaccination effort and encouraged citizens to get their free vaccine, yet mentioned that the vaccination drive is still growing.

In a press conference that he gave later the same day, de Blasio clarified that this July 1 deadline is a “goal” to reopen. He specifically mentioned that the reason he feels it is safe to move towards fully reopening is because of the vaccination drive. He said:

We have to keep getting vaccinated. The reason I’m able to make this announcement today – and we have poured over the data, we have as always focused on the data and the science – and we now can set this goal because we have been moving forward constantly. More and more vaccinations, fewer and fewer infections thank God. But we have to keep doing that, everyone.

A concern of many U.S. citizens have is the potential requirement for “vaccine passports,” which would be a form of certification to prove that an individual have indeed been inoculated. One reported at the press conference asked about the possibility of these “passports,” and de Blasio neither confirmed nor denied the possibility of them. In similar fashion to the federal government, de Blasio assumes that some businesses may enact something like a passport, but his focus was to get NYC citizens inoculated. He did say that the local government will “constantly watch the data” and “make adjustments” as the city reopens.

De Blasio also mentioned that he will work with the federal and state government on reopening, but has not had any conversations with New York Governor Andrew Cuomo.

Trump Rallies Reported to Start in May