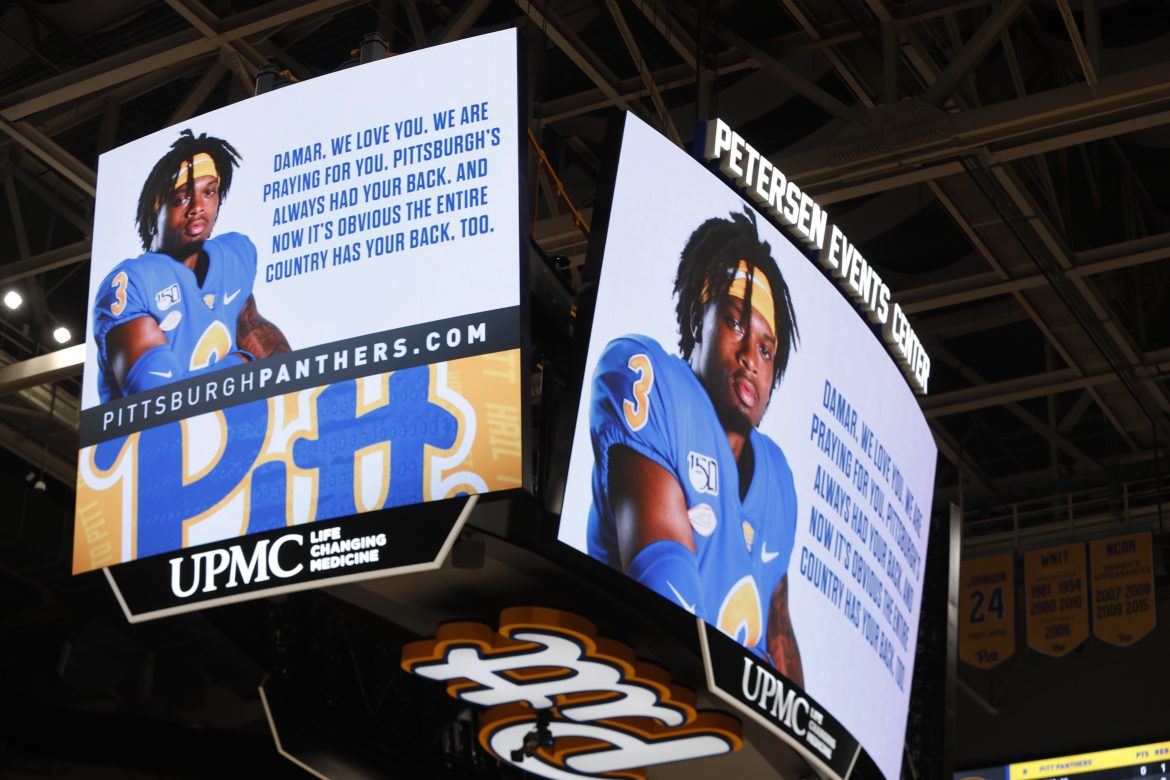 Buffalo Bills safety Damar Hamlin has been released from a Cincinnati hospital one week after suffering a cardiac arrest during an NFL game and has returned to Buffalo, New York, doctors said on Monday.

Doctors at the University of Cincinnati Medical Center (UCMC) where Hamlin spent the last week said he traveled well by air and will continue to be monitored by a care team in Buffalo.

“As standard with anybody who has gone through what he’s gone through this past week, and certainly after flying on a plane, he’s going to be observed and monitored to ensure that there’s no impact on the flight of his condition or on his lungs.” Dr. William Knight told reporters.

“I can confirm he is doing well and this is the beginning of the next stage of his recovery.

Knight also said that since Friday Hamlin had been up with physical and occupational therapy walking the unit with “a normal gait,” tolerating a regular diet and meeting with family and many members of the care team.

“Grateful for the awesome care I received at UCMC. Happy to be back in Buffalo,” Hamlin wrote on Twitter.

Grateful for the awesome care I received at UCMC. Happy to be back in Buffalo. The docs and nurses at Buffalo General have already made me feel at home! 🏩🫶🏾.

The 24-year-old collapsed during a game against the Cincinnati Bengals last Monday moments after making a tackle and then had to have his heartbeat restored on the field while stunned players from both teams cried, prayed and hugged.

But Hamlin quickly made remarkable strides in his recovery as he woke up two days later, had his breathing tube removed on Friday, and then watched the Bills regular-season finale from his bed on Sunday.

Hamlin was recognized around the NFL over the weekend as players from all teams donned Hamlin-inspired apparel while moments of support for him were recognized at various stadiums.

The Bills wore “3” patches on their uniforms in honor of Hamlin‘s jersey number while many fans held up signs in support of the second-year NFL player and first responders who helped save his life.

Hamlin said on Twitter that he is now at Buffalo General Medical Center where doctors and nurses have already made him feel at home.

“Watching the world come together around me on Sunday was truly an amazing feeling,” he tweeted.

“The same love you all have shown me is the same love that I plan to put back into the world n more.”

Headed home to Buffalo today with a lot of love on my heart. 🫶🏾

Watching the world come together around me on Sunday was truly an amazing feeling.

The same love you all have shown me is the same love that I plan to put back into the world n more.

While Hamlin surprised teammates on a video call last Friday and again after Sunday’s game, Bills head coach Sean McDermott told reporters that having him back in Buffalo was an added boost for the players.

“Like anything else when you have your family close by it just feels right. Feels better,” said McDermott. “It’s just good knowing he’s nearby.”

“That’s unbelievable,” Taylor told reporters. “I mean, just think about it – that was one week, not even a week ago. There’s no one in this room that would have expected he’d be in Buffalo.

“God is great. He works miracles. This is certainly a miracle, there’s no question.”