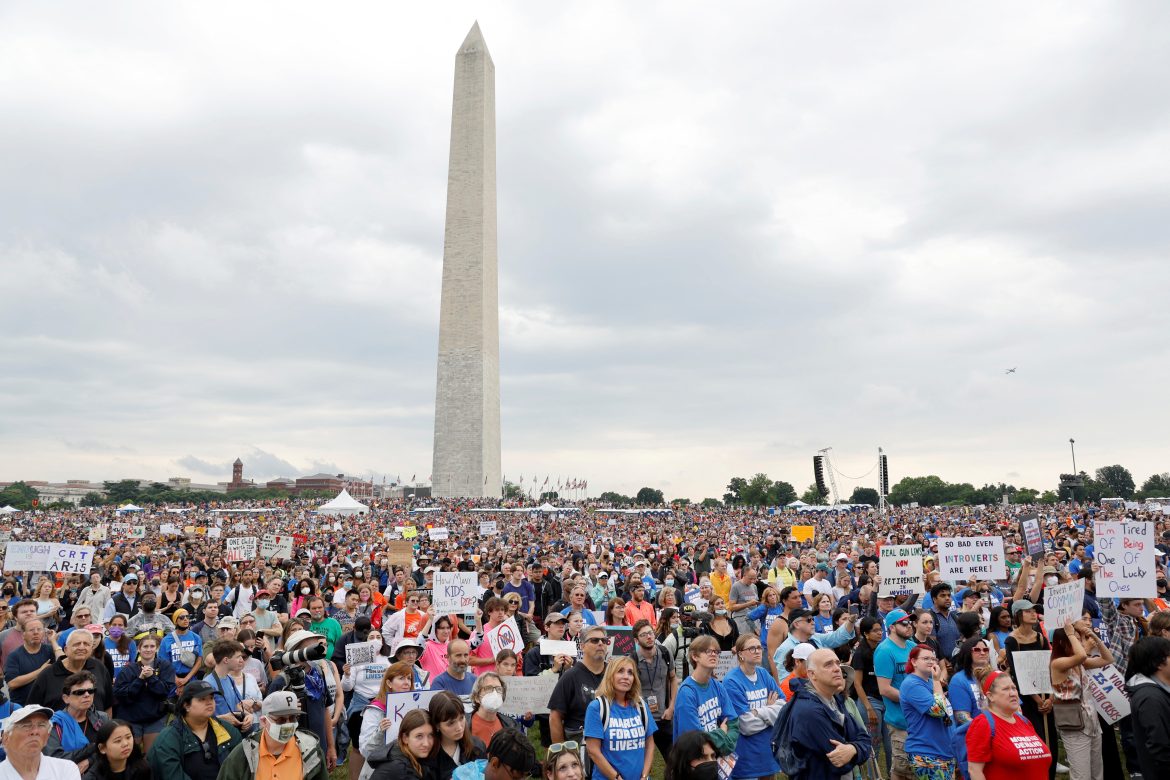 On Sunday afternoon, a bipartisan group of Senators consisting of 10 Democrats and 10 Republicans announced they had reached a “breakthrough agreement on gun violence.”

“Today we are announcing a commonsense, bipartisan proposal to protect America’s children, keep our schools safe, and reduce the threat of violence across our country,” said Senators Chris Murphy (D-Conn.) and John Cornyn (R-Texas) in a joint statement. Murphy and Cornyn co-led the group of twenty Senators, which was represented equally by members of both major political parties.

They continued, “Families are scared, and it is our duty to come together and get something done that will help restore their sense of safety and security in their communities.”

On Twitter, Murphy also announced the news along with an explanation of what the bill will include:

🚨NEWS: We have a deal. Today a bipartisan group of 20 Senators (10 D and 10 R) is announcing a breakthrough agreement on gun violence – the first in 30 years – that will save lives.

I think you’ll be surprised at the scope of our framework.

1/ Here’s what it includes:

The Connecticut senator stated that it would include major funding for states to pass red flag laws to help keep weapons out of the hands of individuals who present a danger to the public or themselves. Along those same lines, the agreement seeks to invest billions in mental health and school safety.

The agreement aims to tighten security by banning convicted domestic abusers from purchasing guns, adding a federal law against gun trafficking of illegal weapons, and creating an “enhanced background check” for gun buyers under the age of 21 that will include a delay of some kind.

Senator Richard Blumenthal (D-Conn.) also announced the agreement, stating that he had sought to solve the problem of gun violence for four years alongside Senator Lindsey Graham (R-S.C.). Their process involved multiple meetings with law enforcement to find the best laws to implement. Blumenthal added:

Lives are on the line. Through this set of measures we plan to take meaningful, real action to help stop this scourge. Whether you’re Republican or Democrat, we can’t continue to ignore our nation's epidemic of gun violence. We need to act—& we need to act now.

In response to the news, Senate Majority Leader Chuck Schumer (D-N.Y.), said he’s “pleased that, for the first time in nearly 30 years, Congress is on the path to take meaningful action to address gun violence.”

In his statement, he called the agreement “a good first step to ending the persistent inaction to the gun violence epidemic” in America. Schumer promised to place the bill on the floor “as soon as possible” for a vote.

The announcement coincides with a national weekend of anti-gun rallies, including a rally outside the National Mall in Washington, D.C. that drew tens of thousands. The March for Our Lives organizers estimated 40,000 attended despite a light rain. Co-founder David Hogg said that 100 additional rallies occurred across 45 states.

Organized by survivors of the 2012 mass shooting at Sandy Hook Elementary School, March for Our Lives is advocating for a national licensing and registry system, assault weapon ban, policies to disarm gun owners who might endanger public safety, and a national gun buy-back program to reduce firearms in circulation.

While the bipartisan agreement stops short of what these young adults would like to see, the news was cause for celebration.

March for Our Lives officials tweeted, “A day after thousands and thousands of us marched, the Senate has announced its gun reform package. THE PRESSURE IS WORKING.”

Hogg celebrated the agreement announcement on social media, describing it as “a lot more than I thought it would be. This is progress even if small.”

Alot off this sounds good. I would like to know more on how they plan to secure our schools.