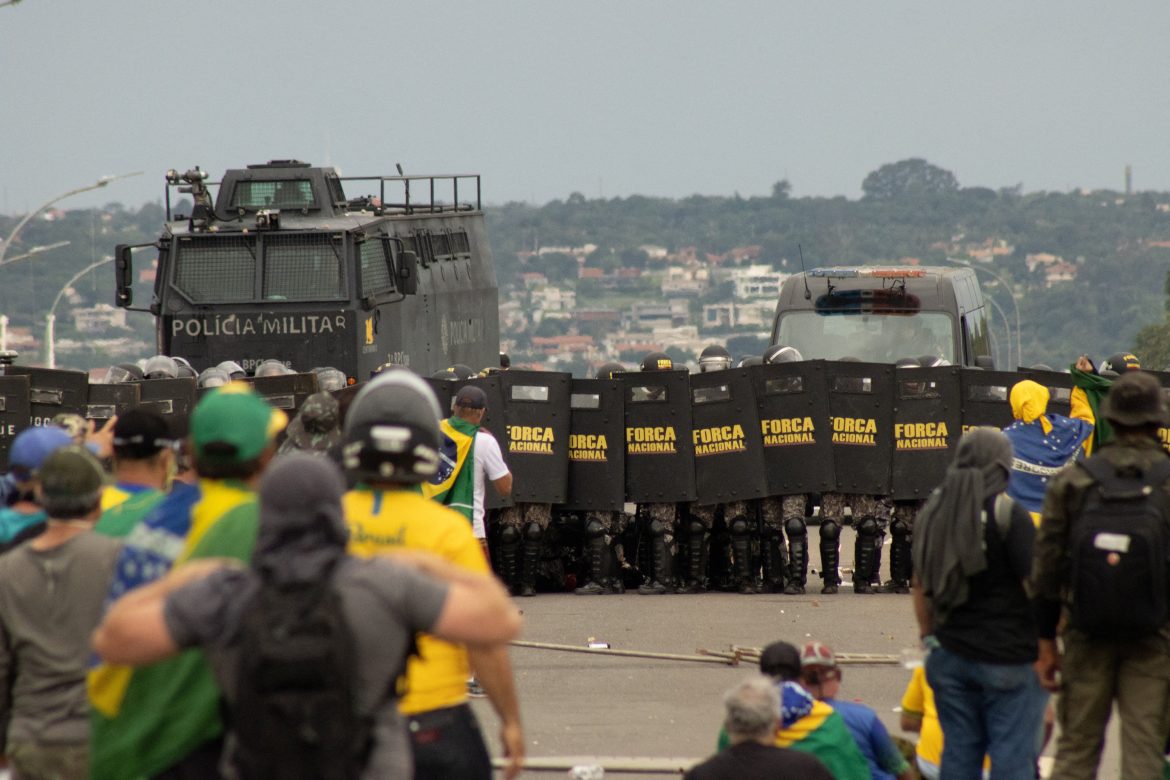 There were no reports of deaths thus far following the incident, but the protestors turned to vandals in Brazil’s congress, presidential palace, and supreme court, tossing furniture, activating sprinkler systems, smashing windows, and/or ransacking rooms in each of the three locations.

HAPPENING NOW: Pro-Bolsonaro protestors have stormed Congress and are holding a banner that reads:

“We Want The Source Code”. It’s being reported the protestors want the source code for the machines used in Brazil’s recent election. pic.twitter.com/BejrUWmpTd

Video captured supporters of former president #Bolsonaro smashing their way into the Planalto Palace in Brasilia. The building is the official office of the president. #Brazil pic.twitter.com/Ove6rbaguO

Newly elected President Luiz Inacio Lula da Silva called for harsh punishment for the activists, of whom about 400 were arrested.

“These vandals, who we could call … fanatical fascists, did what has never been done in the history of this country,” Lula said during a press conference that was translated by Reuters. “All these people who did this will be found and they will be punished.”

Lula blamed Bolsonaro for the event, pointing to the former president’s refusal to accept defeat and claim that Brazil’s electronic voting system was not secure in the October elections. Bolsonaro has never conceded prompting unrest in the country.

Comparisons to the Jan. 6 riot in the United States were numerous, ranging from the type of vandalism that occurred to the fact that Bolsonaro was criticized for not speaking publicly against the actions of his supporters for almost six hours.

Bolsonaro, who is in Florida, condemned the actions, tweeting (in Portuguese), “peaceful demonstrations, respecting the law, are part of democracy. However, depredations and invasions of public buildings as occurred today, as well as those practiced by the left in 2013 and 2017, escape the rule. Throughout my mandate, I have always been acting according to the Constitution, respecting and defending the laws, democracy, transparency and our sacred freedom.”

As of 6:30 p.m. local time, Brazilian law enforcement had quelled the protestors.

“We regret that the heritage of the Brazilian people has been squandered in a vile way,” CNN quoted Justice Minister Flávio Dino as saying. “This is not about the continuity of the electoral process, it is about coup d’état, terrorism … we are not going to accept the path of criminality to carry out a political struggle in Brazil. Criminals will be treated like criminals.”

The nation’s top judge, Chief Justice Rosa Weber, also promised punitive measures for those who participated in the riot.

The international community was unanimous in decrying the violence.

“I condemn the assault on democracy and on the peaceful transfer of power in Brazil,” U.S. President Joe Biden tweeted. “Brazil’s democratic institutions have our full support and the will of the Brazilian people must not be undermined.”

I condemn the assault on democracy and on the peaceful transfer of power in Brazil. Brazil’s democratic institutions have our full support and the will of the Brazilian people must not be undermined. I look forward to continuing to work with @LulaOficial.

United Nations Secretary-General António Guterres tweeted a similar sentiment, writing, “I condemn today’s assault on Brazil’s democratic institutions. The will of the Brazilian people and the country’s institutions must be respected. I am confident that it will be so. Brazil is a great democratic country.”

Former President Trump had not, as of this writing, issued any statement regarding the events in Brazil.

Sunday’s actions were the most extreme action taken by Bolsonaro sympathizers, who have spent months trying to overturn the election and prevent Lula from assuming the office of president.

As outlined in more detail by Reuters, there has been a growing sense of unrest since Lula was declared the winner on Oct. 30.

Almost as quickly as Lula emerged as the winner, Bolsonaro supporters began protesting. On Oct. 30, truckers began blocking roads around the nation.

By Nov. 2, supporters were asking that Brazil’s armed forces intercede. Then, in late December, police arrested one man for trying to detonate a bomb in protest of the election and four other people who allegedly tried to stage a coup.