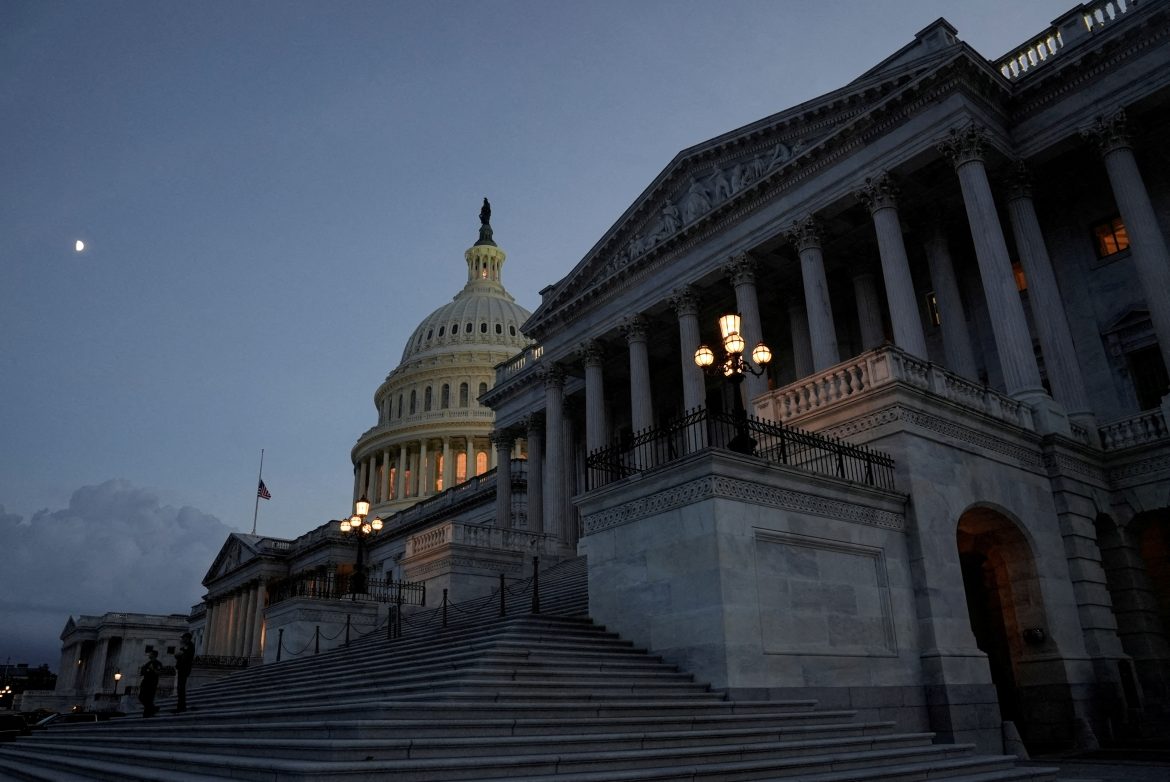 Both major parties are headed for trouble as gridlock over the raising of the nation’s debt ceiling has led moderates from both parties to intensify calls for President Joe Biden and Republican hardliners to move toward the center.

On the left, Biden is facing criticism for his stance that the White House, and by extension Democrats, would not bargain with House Republicans.

History was already not on Biden’s side. Former presidents Obama and Trump both acquiesced to opposition demands, Obama to reduce spending and Trump to raise it, in order to prevent a default.

Now, the likes of West Virginia Democratic Sen. Joe Manchin are verbalizing what many are saying behind closed doors.

“I think it’s a mistake because we have to negotiate,” Manchin said during an appearance on CNN. “This is a democracy that we have. We have a two-party system, if you will, and we should be able to talk and find out where our differences are. And if they are irreconcilable, then you have to move on from there and let people make their decisions.”

Manchin added, “Using the debt ceiling and holding it hostage hasn’t worked in the past.”

This is in stark contrast to Sen. Dick Durbin, the majority whip who has advocated for playing hardball with Republicans.

Durbin might turn out to be partially correct. It won’t necessarily be the result of Senate Democrats’ brilliance, but the chances are good that Republicans will soften their stance.

Put simply, the moderates are getting nervous and they’re not interested in protracted negotiations.

Sunday, Reuters reported that centrists in Congress were developing what they hope will be a mutually agreeable way forward.

Rep. Brian Fitzpatrick (R-Pa.), who has criticized Biden’s refusal to negotiate as a sign of poor leadership, has joined with moderate Democratic Rep. Josh Gottheimer of New Jersey to float a plan that would tie spending to national economic output.

Fitzpatrick is operating under the belief that negotiation is coming and that House Speaker Kevin McCarthy (R-Calif.) would lead the conservative charge.

“Senator Manchin correctly pointed out that ‘we have to negotiate’ on a responsible debt limit increase,” McCarthy tweeted Sunday. “Families and businesses have to live within a budget — Washington must as well. I look forward to sitting with President Biden at the table.”

Senator Manchin correctly pointed out that “we have to negotiate” on a responsible debt limit increase.

Families and businesses have to live within a budget — Washington must as well.

I look forward to sitting with President Biden at the table. pic.twitter.com/wZL7KQoyRI

Biden, likely owing to pressures from his allies, has begun to walk back from his previous position. He refused to call it a negotiation, but he is now willing to have a debt-ceiling discussion with McCarthy.

“We’re going to have a little discussion on that,” Biden said during a White House event Saturday. “If we don’t meet our national debt and renege for the first time, we have a calamity that exceeds anything that’s ever happened financially in the United States.”

Semantics aside, McCarthy has a seat at the table and it is likely that, sooner rather than later, negotiations will occur.

But, it is unlikely McCarthy gets the wide-sweeping changes that House Republicans have championed thanks to a combination of restless moderates in the House and the machinations of moderate and/or legacy Senate Republicans.

Senate Minority Leader Mitch McConnell (R-Ky.), who has been on a collision course with McCarthy for months, has already stated he wants the debt ceiling raised and has given no indication he wants to delay the move for the sake of extracting broader concessions from Democrats.

“In the end, I think the important thing to remember is that America must never default on its debt,” The Hill quoted McConnell as saying last week. “It never has, and it never will. We’ll end up in some kind of negotiation with the administration over what the circumstances or conditions under which the debt ceiling be raised.”

If anything, the debt ceiling negotiations could force to a head the McConnell-McCarthy clash over the direction and timbre of the Republican Party. And the numbers are in favor of McConnell and moderates holding sway this round.

Ultimately, what happens next hinges on how proposals are worded, and any number of scenarios might play out.

One way forward, though not most likely, is that McCarthy moves to the center and courts moderates around a brokered deal. With little margin for error, McCarthy needs moderate Republicans to advance any measure.

In the upper chamber, McConnell has shown a skill for getting enough Republicans on board to see any law past the filibuster, so if a middle-ground vote in the House becomes a reality, the bill would have limited trouble in the Democrat-run Senate.

Alternatively, hardline conservatives in the House could raise enough fuss that McCarthy is forced to oppose McConnell and the moderates, to say nothing of balking at offers from Democrats.

McCarthy still needs most of the Freedom Caucus’ support in the House, and that is one group that has shown a willingness to dig in on votes in order to get concessions.

Another possibility, though one that is far-fetched, is that Democrats could be forced to jump to the right in order to help McCarthy bypass the Freedom Caucus.

Democrats were iron-clad in their votes against McCarthy for speaker, but a national default is a different matter, especially as Biden gears up for another run at the White House. A campaign that starts on the back end of a first-of-its-kind national default would face a steep climb to reelection.

Similarly, in the Senate, Democrats facing 2024 reelection efforts will be equally interested in avoiding a default.

A final possibility, and perhaps most likely, is that both parties will seek to create a final deal that will allow the left and right to claim victory.

In that case, McCarthy’s challenge will be convincing enough Freedom Caucus members that he’s extracted enough from Biden to warrant raising the debt ceiling.