Brady’s back: Focuses on future in first mincamp since brief retirement 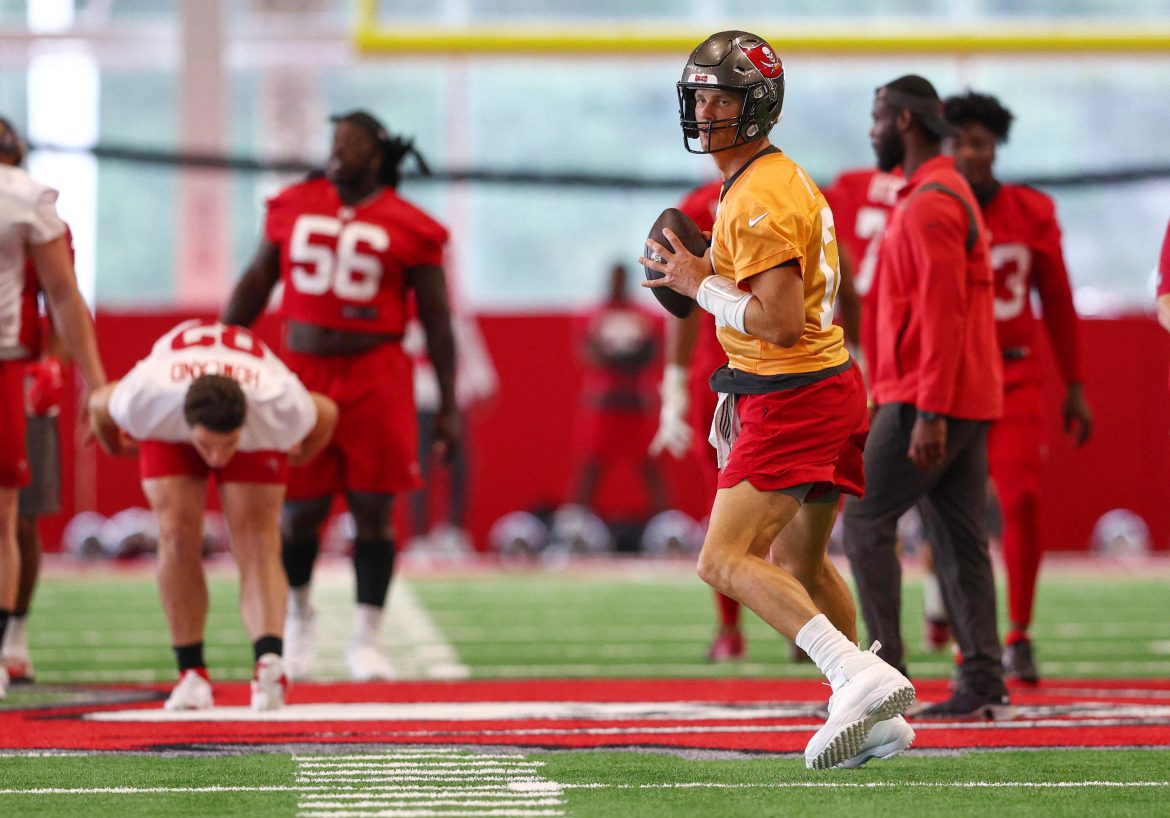 Tom Brady’s offseason has been filled with making headlines. From a 40-day retirement, to getting a megadeal from Fox Sports to be the network’s lead analyst when he retires, to playing golf with Aaron Rodgers against Patrick Mahomes and Josh Allen, what was originally supposed to be a reprieve for the 43-year-old has turned out to be anything but.

This week, the GOAT was back doing what he does best this week.

Brady joined the Tampa Bay Buccaneers for a three-day minicamp as the team prepares for its first season under new coach Todd Bowles.

In talking to reporters, Brady was quick to note he had nothing to do with Bruce Arians stepping down as the team’s coach to take an advisory role in the front office.

“Zero whatsoever,” Brady said Thursday when asked if he had any issues with Arians. “He and I have a great relationship. I think that’s part of why I chose here was because of Bruce. He and I have been in incredible communication, and I have great respect for him. He knows how I feel about him, and that’s the most important thing. And I know how he feels about me.”

Brady won his seventh Super Bowl title in his first season with Arians and the Buccaneers in 2020. The Los Angeles Rams ended Tampa’s bid to repeat last January. A few weeks later, Brady announced on social media he was retiring after 22 seasons, citing a desire to spend more time with his wife, supermodel Gisele Bündchen, and children. But he changed his mind right before the NFL’s free agency period begin.

“It’s very easy when you’re 25 to know what you want to do the next year,” Brady said. “It’s very challenging when you’re 43 or 44 because there is a lot of other things that are pressing and a lot of other things that are really important in your life, like your kids and your wife and different relationships. Things have always taken a back seat to football – that’s just how it has gone for me. It’s challenging and I’ve just got to work at those things. It’s part of what is challenging about things that happen in my life – just different decisions are made. I have a great life and I have zero complaints about it. I just try to do the best I can do.

“There are other significant, very important things that happen, and I think when the football season starts, everybody knows that it is 100 percent football. It’s just the way you have to be and it’s a big commitment to make. Then in order to play every game, you have to train really hard, so I’ve got to train really hard at 44 years old, which is a big commitment. To try to make those decisions has its challenges. It’s not like it was when I was 25. I don’t think any of us feel like we did when we were 25, but thankfully for good reasons there are parts where I am happy, I’m not 25. Then there are other parts where I wish I felt like I was a little more like 25. I have a very complex, tricky life in different aspects and I’m just trying to navigate it the best way I can.”

Brady didn’t deny he had talked to the Miami Dolphins about his future, but didn’t specifically address the reports the franchise wanted to give him a front-office position and to have him play quarterback.

“I had a lot of conversations with a lot of people as I’ve had for the last three or four years in my career about different opportunities when I am done playing football,” Brady said. “I kind of made a decision of what I’d like to do. I’ll get to be in the game of football. I think the most important thing is where I’m at now and what I hope to do for this team. That has been my commitment to this team and organization. It’s been so much fun (since) I came here two years ago. It’s been almost two and a half years now, and it’s been an incredible part of my football journey. It’s not over – we’ve still got a lot to accomplish.”

Hoisting another Vince Lombardi Trophy is at the top of his list.

COVID vaccines may soon be available for infants and young children