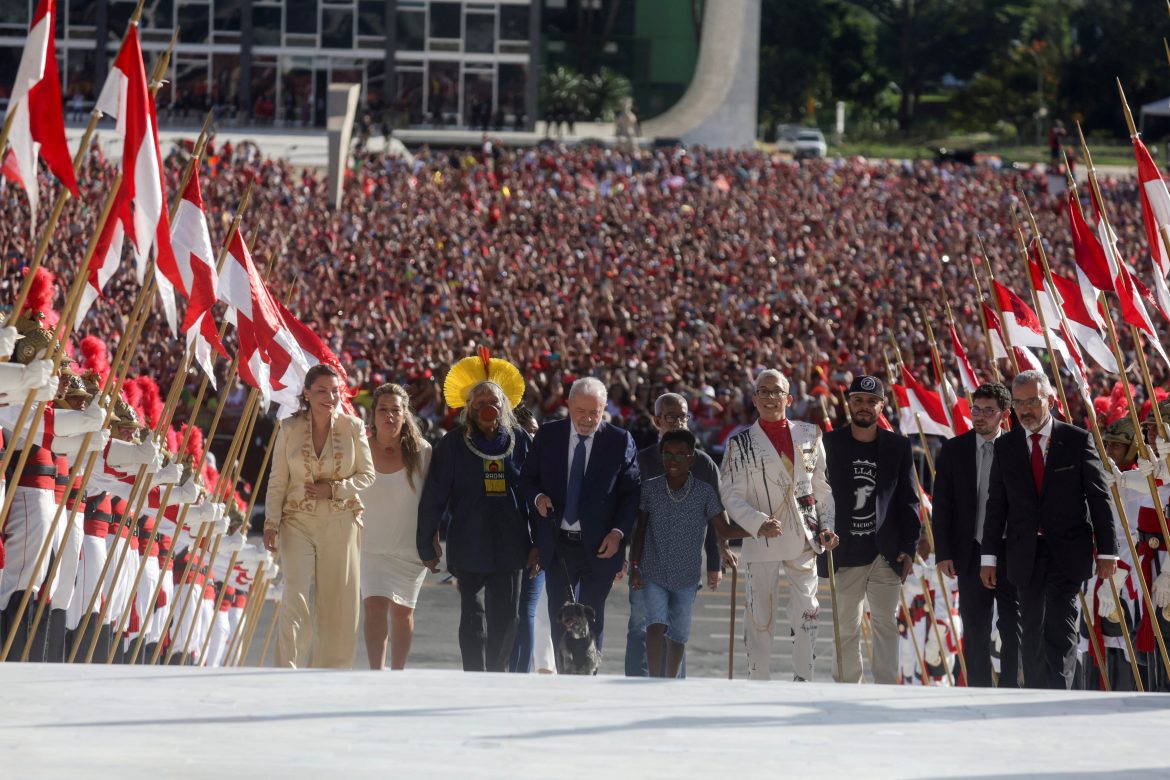 The real currency lost 1.5% in value against the dollar in morning trading, while the benchmark Sao Paulo stock market index fell 3.24% before midday. Shares of state-run oil company Petrobras retreated 6%.

In speeches delivered at his inauguration in Brasilia on Sunday, Lula promised that tackling hunger and poverty would be “the hallmark” of his third presidency after two previous stints running the country from 2003 to 2010.

On Sunday, he signed a decree extending an exemption for fuels from federal taxes, a measure passed by his predecessor aimed at lowering their cost in the run-up to the election, but that will deprive the Treasury of 52.9 billion reais ($9.9 billion) a year in fiscal income.

The federal tax exemption for fuels will last one year for diesel and biodiesel and two months for gasoline and ethanol, a decree published in the official gazette showed on Monday.

Economy Minister Fernando Haddad had said the waiver would not be extended, creating a division in the new Cabinet, but Senator Jean Paul Prates, who is expected to become chief executive of Petrobras, said the extension would go ahead.

The tax issue created the first division in the new Cabinet.

Haddad said on Monday he will propose a new fiscal anchor to restore public accounts. “We are not here for adventures,” he said in a speech, seeking to calm market jitters.

Lula, who lifted millions of Brazilians from poverty during his first two terms, criticized Bolsonaro for allowing hunger to return to Brazil, and wept during his speech to supporters on Sunday as he described how poverty had increased again.

Allies said Lula’s new-found social conscience was the result of his 580 days in prison, Reuters reported on Sunday.

Lula spent his first day in office meeting with more than a dozen heads of state who attended his inauguration.

The meetings started with the King of Spain, and continued with South American presidents, among them the leftist leaders of Argentina, Chile, and Bolivia, as well as representatives from Cuba and Venezuela, and Vice President Wang Qishan of China.

In one of his first decisions on Sunday, Lula instructed his Cabinet to review Bolsonaro’s decision to place some of his administration’s documents under a 100-year seal of secrecy.

In his swearing-in speech to Congress, Lula said he was not seeking revenge, but any crimes committed under Bolsonaro would be held accountable with due legal process.

Bolsonaro left Brazil for Florida 48 hours before his term ended, an absence that insulates him from any immediate legal jeopardy after losing his presidential immunity, legal experts said, as he now faces investigations related to his “anti-democratic rhetoric” and his handling of the COVID-19 pandemic.