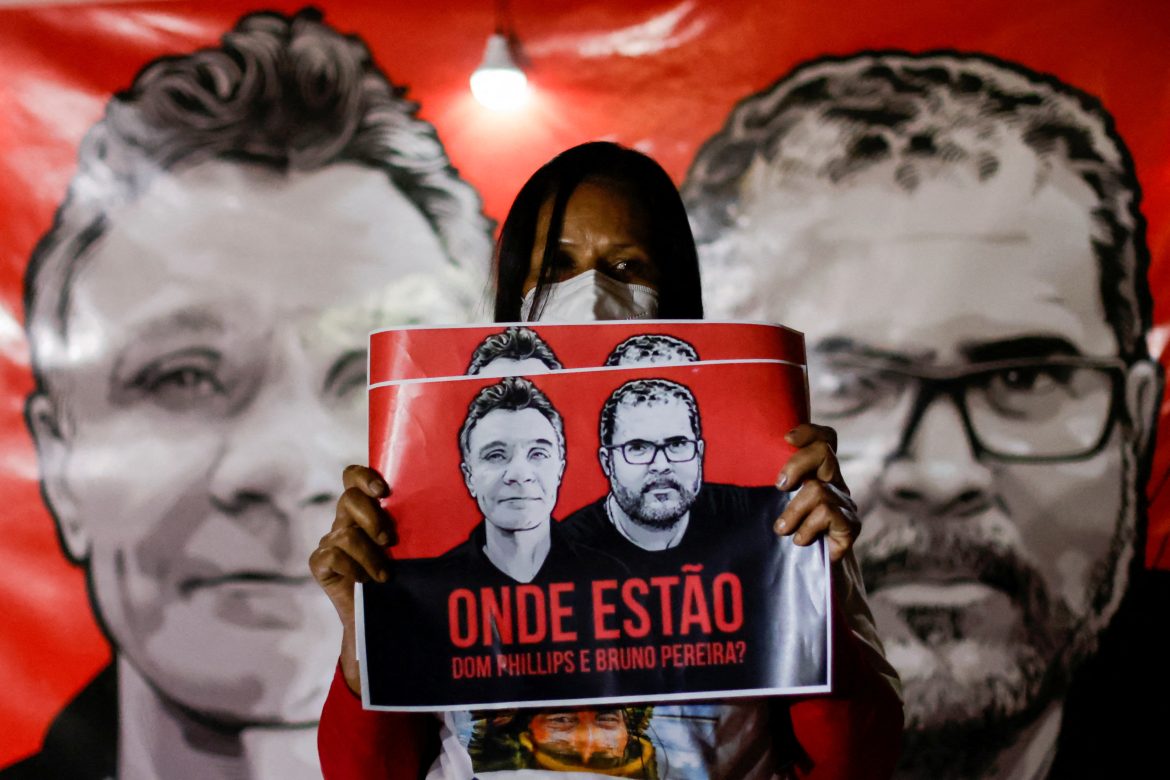 Brazilian federal police on Saturday said they had arrested a third suspect in the murder of British journalist Dom Phillips and indigenous expert Bruno Pereira in the Amazon rain forest nearly two weeks ago.

Jeferson da Silva Lima surrendered himself at a police station in Atalaia do Norte in the remote Javari Valley bordering Peru and Colombia.

“The detainee will be questioned and referred to a custody hearing,” police said in a statement.

A forensic exam carried out on human remains found in the region confirmed on Saturday that they belonged to Pereira. The remains of Phillips had been identified on Friday.

Police said both had been shot with hunting ammunition, with Pereira hit once in the head and twice in the chest and abdomen. Phillips was shot in the torso.

Phillips, a freelance reporter who had written for the Guardian and the Washington Post, was doing research for a book on the trip with Pereira, a former head of isolated and recently contacted tribes at federal indigenous affairs agency Funai.

They vanished on June 5 while traveling together through the region by boat.

The police have so far arrested Amarildo da Costa Oliveira, a fisherman who confessed to killing the two men, and his brother, Oseney da Costa, who was taken into custody earlier this week.

Federal police said on Friday that the killers acted alone, which local indigenous group Univaja disputed, saying it had repeatedly told officials about a criminal organization operating in the Javari Valley, a wild region that has lured cocaine smugglers, as well as illegal hunters and fishers.

Waller latest Fed banker to go ‘all in’ against inflation