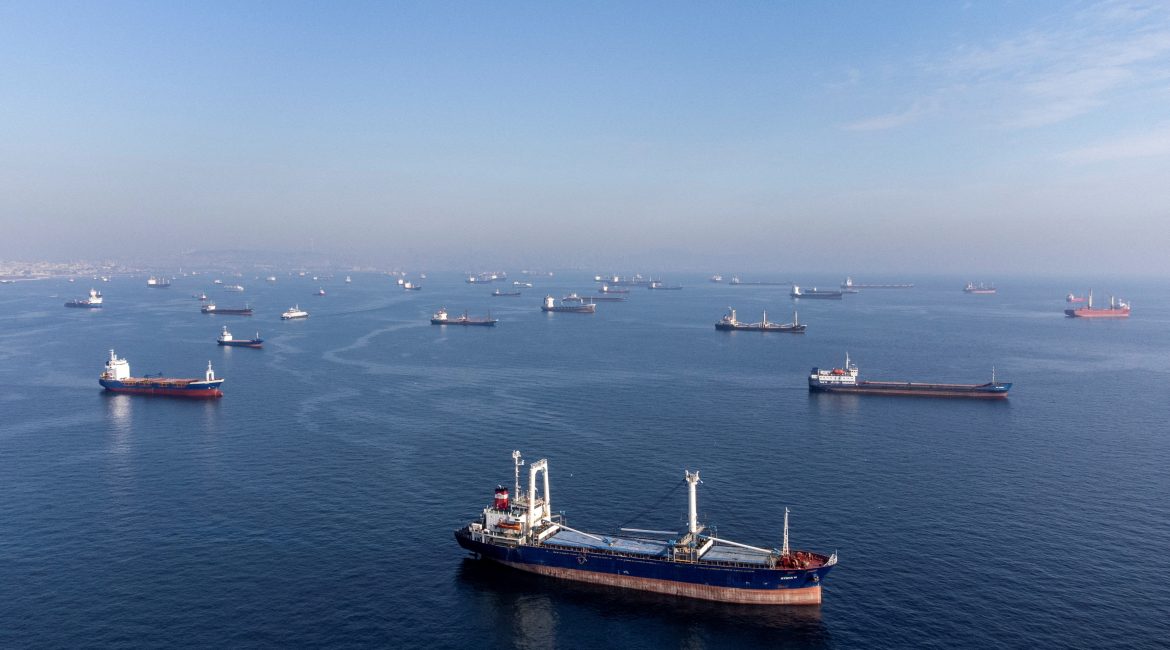 Russia said on Wednesday it would resume its participation in a deal freeing up grain exports from war-torn Ukraine, reversing a move that world leaders had said threatened to exacerbate global hunger.

Moscow announced the sudden reversal after Turkey and the United Nations helped keep Ukrainian grain flowing for several days without a Russian role in inspections.

The Russian defence ministry justified the change by saying it had received guarantees from Kyiv not to use the Black Sea grain corridor for military operations against Russia. Kyiv did not immediately comment on that but has denied in the past using the agreed shipping corridor as cover for attacks.

“The Russian Federation considers that the guarantees received at the moment appear sufficient, and resumes the implementation of the agreement,” a defence ministry statement said.

The grain deal, originally reached three months ago, had alleviated a global food crisis by lifting a de facto Russian blockade on Ukraine, one of the world’s biggest grain suppliers. The prospect that it could fall apart this week had revived fears of global hunger and pushed up prices.

Eight months into Russia’s invasion of Ukraine, Ukrainian counterattacks have wrested back territory in the east and south, and Moscow has sought to slow Kyiv’s momentum with stepped-up missile and drone strikes targeting its energy grid.

On Wednesday, authorities in the Kyiv region began emergency shutdowns of the power generating system after a spike in consumption, the regional administration said.

In a statement, it said the move was necessary to “avoid major accidents with power equipment”, after Russian drone and missile attacks that have badly damaged the grid in and around the capital.

Russia suspended its involvement in the grain deal on Saturday, saying it could not guarantee safety for civilian ships crossing the Black Sea after an attack on its fleet. Ukraine and Western countries called that a false pretext for “blackmail”, using threats to the global food supply.

But Russia’s suspension failed to stop shipments, which resumed on Monday without Russian participation, in a programme that was brokered by Turkey and the United Nations. Turkish President Tayyip Erdogan said Russian Defence Minister Sergei Shoigu had told his Turkish counterpart the deal would resume.

The prices of wheat, soybeans, corn and rapeseed fell sharply on global markets after the announcement, which allayed concerns about the growing unaffordability of food.

Insurance companies had paused issuing new contracts, raising the prospect that shipments could stop within days, industry sources said. But Lloyds of London insurer Ascot told Reuters after Wednesday’s resumption announcement that it had resumed writing cover for new shipments.

“This is clearly a positive development for grain users and consumers which will please the food industry and provide some reassurances as prices should ease,” said Mark Lynch, partner at Oghma Partners, a financial advisory firm for consumer industries.

“We do however envisage that some risk premium is likely to be sustained due to the fragile nature of the agreement and the ongoing war in Ukraine,” Lynch said.

Andrey Sizov, head of Russia-focused Sovecon agriculture consultancy, said Moscow’s decision was “quite an unexpected turnaround” but the deal remained shaky given uncertainty about whether it would be extended past its Nov. 19 expiry.

“…The discussion around this topic will apparently continue,” Sizov said.

A European diplomat briefed on the grain talks told Reuters that Russian President Vladimir Putin was likely to use the need for an extension as a way to gain leverage and dominate the Nov. 13-16 G20 summit in Indonesia.

Putin said on Wednesday that Russia reserved the right to withdraw from the grain pact if Ukraine violated its guarantees. But, in a nod to Turkey’s influence, as well as what he called its “neutrality” in Russia’s conflict with Ukraine, Putin said that if Moscow did pull out it would not impede grain supplies from Ukraine to Turkey.

A senior Ukrainian official who declined to be identified told Reuters that Moscow’s decision was mainly the result of Turkish pressure on Russia.

Ukrainian presidential adviser Mykhailo Podolyak said Moscow had miscalculated. “When you want to play blackmail, it is important not to outplay yourself,” he said.

The United Nations said Secretary-General Antonio Guterres “warmly welcomes” the deal and would continue working towards its renewal.

The Russian blockade of Ukrainian exports through the Black Sea since its invasion of Ukraine on Feb. 24 has worsened food shortages and a cost of living crisis in many countries.

Ukrainian President Volodymyr Zelenskyy credited Turkey and the United Nations for making it possible for ships to continue moving out of Ukrainian ports with cargo.

“But a reliable and long-term defence is needed for the grain corridor,” Zelenskyy said in a video address on Tuesday night. “At issue here clearly are the lives of tens of millions of people.”

Turkish Foreign Minister Mevlu Cavusoglu said earlier Russia was concerned about its fertilizer and grain exports, echoing Russian officials in saying ships carrying them could not dock even though the exports were not included in Western sanctions.

There was no mention of any concessions on those issues in the Russian statement on the resumption, but the U.N. statement said Guterres would work to get those obstacles removed.