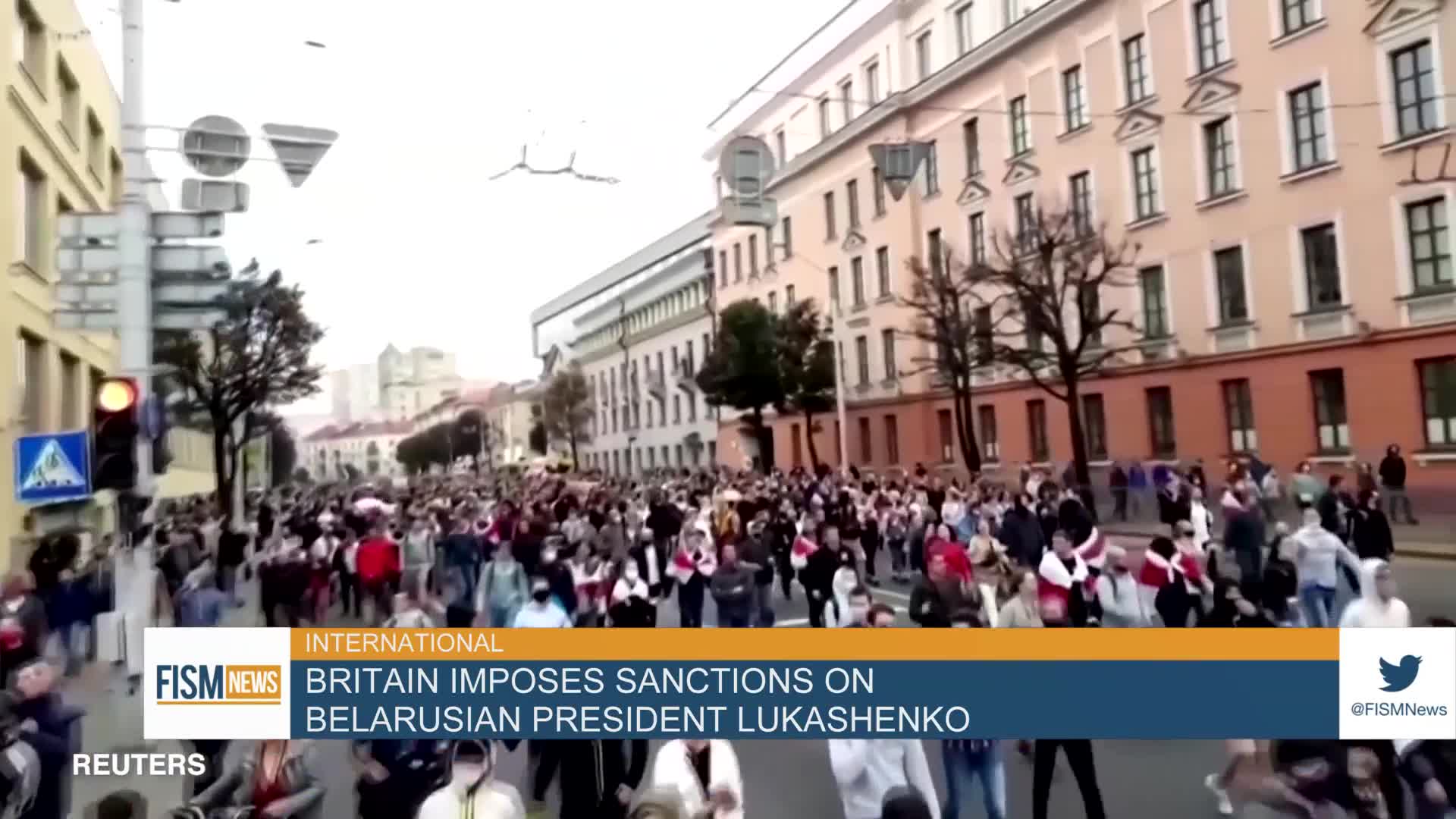 Britain has imposed sanctions on Belarusian President Alexander Lukashenko and seven other officials over election fraud and violence against protesters. According to Britain’s Foreign Secretary Dominic Raab, “There is a vanishing window to influence what is playing out in Belarus and we believe the time to take action is now.”