Bryce Harper set for surgery, hopeful to return this season 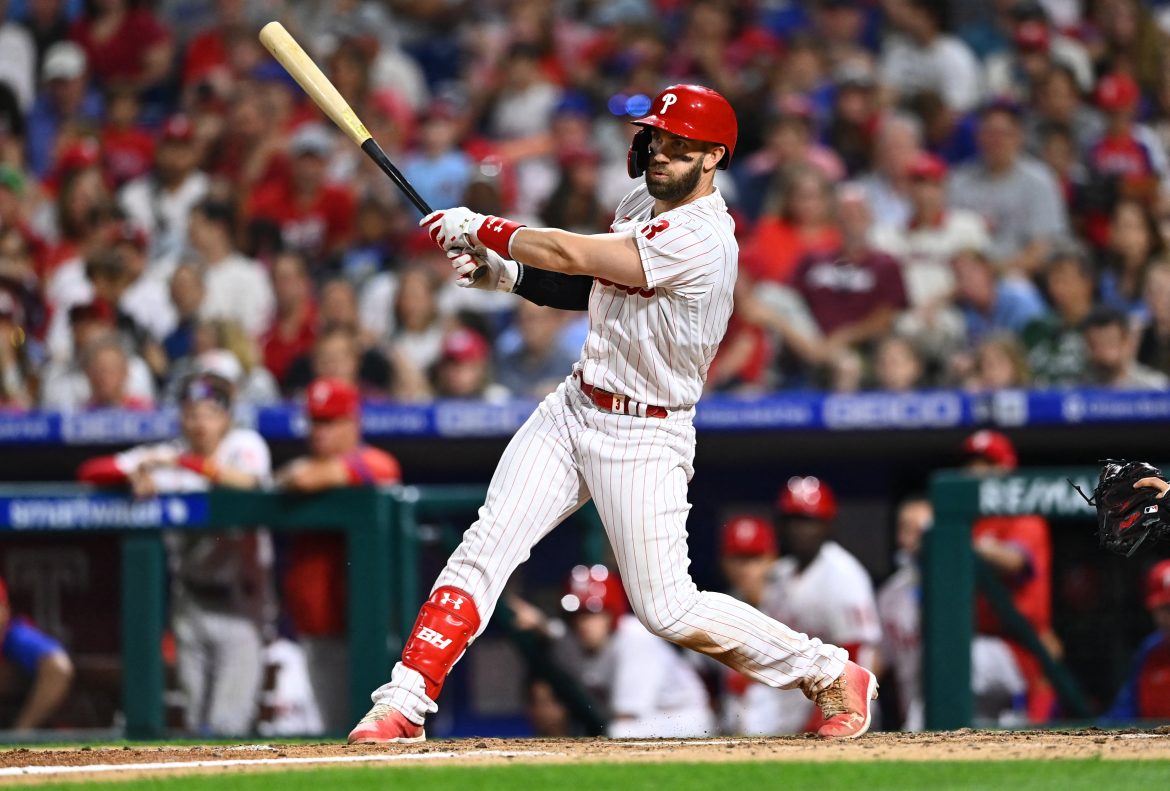 Reigning National League Most Valuable Player Bryce Harper will have surgery Wednesday on his broken left thumb and the Philadelphia Phillies are hopeful the slugger can return this season.

Harper suffered the injury when he used his hand to shield his face from a 97-mph pitch from San Diego Padres left-hander Blake Snell on Saturday night.

“I’ve got to be positive for the guys in here. I know they’ll pick up the slack. I’m just really bummed for the organization, the guys, the city of Philadelphia, the fans. I love running out there and playing every day. Definitely bummed,” Harper said after breaking his thumb.

Harper, who is in the fourth season of a $330 million, 13-year contract he signed with the Phillies in 2019, has a .318 batting average, 15 home runs, and has driven in 48 runs. His recent hitting helped the Phillies surge back into contention after manager Joe Girardi was fired.

“It’s tough, but it’s probably the best thing for him,” manager Rob Thomson said of the surgery. “So, whatever’s best for him is best for me. If he’s able to come back, which we plan on, then that’s good under the circumstances.”

Various reports Tuesday said a best-case scenario for Harper would be returning in mid-August.

Harper was already playing hurt since mid-April with a torn UCL in his right arm. That injury forced him to serve as a designated hitter instead of playing his usual spot in right field.

The Phillies entered Wednesday’s game against Atlanta with a 39-36 record.