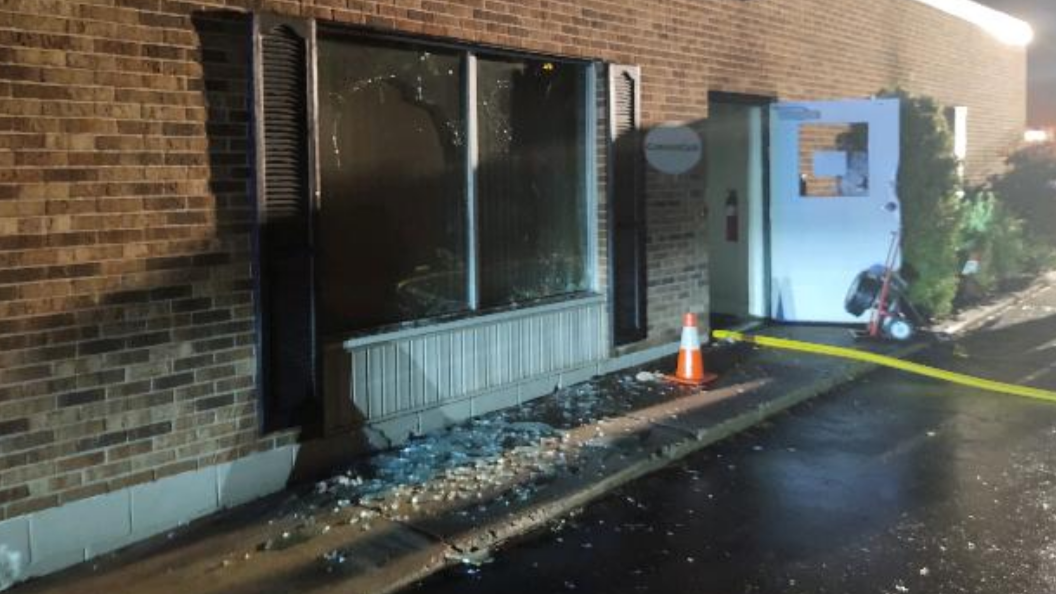 The attacks on facilities associated with pro-life groups continued this week, as one or more far-left radical firebombed a building where women, many of whom face unplanned pregnancies, hoped to have given birth.

As first reported by the Daily Wire, the Buffalo office of pro-life healthcare group CompassCare was attacked Tuesday, the latest occurrence in a nationwide uptick in violence against pro-life establishments.

The damage was severe, as the criminal or criminals broke windows and set fire to the building’s nurses office and reception room. Law enforcement has thus far been unable to determine who is behind the attack, but graffiti left behind suggests that the radical pro-abortion terrorist group Jane’s Revenge is either to blame or being made to look responsible by a third party.

“CompassCare is assessing the damage done to the medical office by the arson attack,” a statement from the organization reads. “It will take months and hundreds of thousands of dollars to repair.”

CEO Jim Harden compared the spate of attacks on pro-life facilities to Kristallnacht, the term given for the several-day period in 1938 when Nazi forces and German civilians across that country attacked Jewish homes and businesses while local lawmakers sat idle.

In a true piece of good news for the women who planned to utilize the facility, CompassCare reports that all patients will still be treated as planned.

“The intent of this attack was to stop CompassCare from helping women have their babies,” the statement reads. “It did not succeed. As we write this, a Buffalo woman unable to receive services locally, drove to CompassCare’s Rochester’s office to reverse the lethal effects of a chemical abortion and save her baby.

“The people of God are rallying. CompassCare has already secured a new service location for this week’s patient load and identified a larger facility to continue to handle the high patient volumes for the medium term while the primary facility … undergoes repairs.”

“The overnight firebombing of a pro-life women’s medical office in our community is a despicable act of extremism that must be universally condemned,” Ortt tweeted. “Whoever committed this atrocity must immediately be brought to justice.”

The overnight firebombing of a pro-life women’s medical office in our community is a despicable act of extremism that must be universally condemned. Whoever committed this atrocity must immediately be brought to justice.https://t.co/ovbngR9wzQ pic.twitter.com/JVsa2bFaAE

Noticeably quiet on the matter has been New York Gov. Kathy Hochul, a Democrat and frequent target of criticism from Harden.

In a statement released after the firebombing, but before safe alternative care had been found for CompassCare patients, Harden blasted Hochul for earmarking $35 million for increased security at abortion clinics on the same day CompassCare’s facility was attacked.

Hochul, who says she is “a person of faith,” has many tweets on both her personal and governmental Twitter accounts that decry gun violence and the pro-life efforts to end abortion, but in her numerous tweets since Tuesday, she’s yet to express empathy for CompassCare or disdain for whoever destroyed a pregnancy center in her state. Similarly, the official website of the governor’s office has no statement about the crime.

In the meantime, CompassCare continues to accept donations to further its mission of “erasing the need for abortion.” Those wishing to contribute to the organization may do so here.

Editor’s Note: Pre-Born! has been a longtime partner of FISM News. They too support the work of organizations like CompassCare by providing ultrasound machines to these types of facilities and funding ultrasound sessions as well as physical, emotional, and spiritual support to young mothers. You can find out more about this organization here.