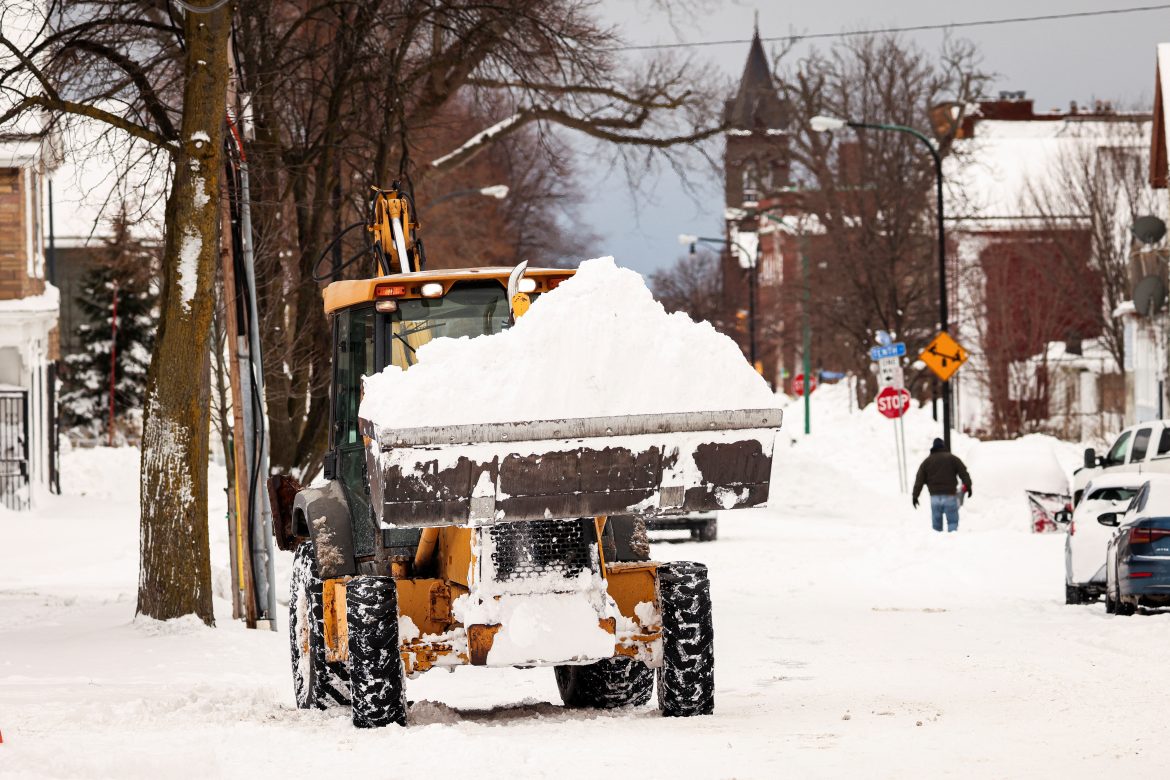 Storm-weary road crews and residents of western New York state struggled on Tuesday to dig out from a deadly weekend blizzard, with snow still falling and forecasts for rapid warming and rains that could cause flooding and turn the frozen landscape to slush.

The region in and around Buffalo, New York, downwind of Lake Erie and Lake Ontario emerged as ground zero for an Arctic deep freeze and massive winter storm that extended over most of the United States last week and through the Christmas holiday as far south as the Mexican border.

Some of the dead were found frozen in cars, others in snowbanks outdoors, while some died in medical emergencies such as cardiac arrest while shoveling snow, Erie County Executive Mark Poloncarz told reporters.

“We’re recovering from the worst storm I’ve ever seen, certainly in terms of death from mother nature’s wrath,” he said.

In and around Buffalo, up to 52 inches of snow fell over four days, and a bit more was expected by Tuesday night, according to the National Weather Service (NWS).

The situation was expected to change dramatically. The NWS forecast a rapid thaw later this week, with spring-like temperatures well above freezing and well above normal, accompanied by rain that could unleash flooding.

“This is one of the reasons certain streets are targeted for extra clearance to allow for proper drainage of melt water,” Poloncarz said on Twitter.

Progress was slow due to the sheer volume and depth of the snow, which Poloncarz said “is not plowable.”

Front-loader tractors were brought in to shovel snow into dump trucks to be carted off and discarded elsewhere. Poloncarz said it would take two days to open up one lane on every city street.

Hundreds of electric company linemen were out restoring power, and Poloncarz tweeted that some 4,500 customers remained without electricity on Tuesday, as crews cleared downed trees with chainsaws.

For residents essentially trapped in their homes for two days, the easing of the storm brought a realization of how much snow fell during white-out conditions that had limited their view.

“We would look out the window and it was blowing so much that we couldn’t really tell if we were getting any accumulation, but when it finally settled we had a lot of work to do,” said Jim Nowak, who was out shoveling on Tuesday.

Accounts also emerged of residents who welcomed in strangers caught outdoors at the height of the blizzard and spent much of the holiday weekend with them. One was a barbershop owner who told the Buffalo News he sheltered 40 people the first night of the storm and about 30 the next.

NWS meteorologist Bob Oravec of the NWS Weather Prediction Center in Maryland predicted two more inches of snow would fall in western New York Tuesday, but said that was “probably the last.

Buffalo, New York state’s second-largest city, was hardest hit by the blizzard, which took shape over the Great Lakes on Friday and extended its grip into the Ohio and Upper Mississippi valleys and mountains of Appalachia.

The county has called in 100 military police from the state National Guard as well as officers from New York City to help manage traffic and enforce road restrictions.

Buffalo residents with plows attached to their Jeeps and pickup trucks helped clear side streets. People walked a mile or more in lanes cut by snow plows to reach convenience stores and supermarkets that were beginning to reopen.

Poloncarz, speaking at a press briefing Tuesday, urged residents to stay home and the curious to stay away.

“Please stay out of the city of Buffalo,” he said.