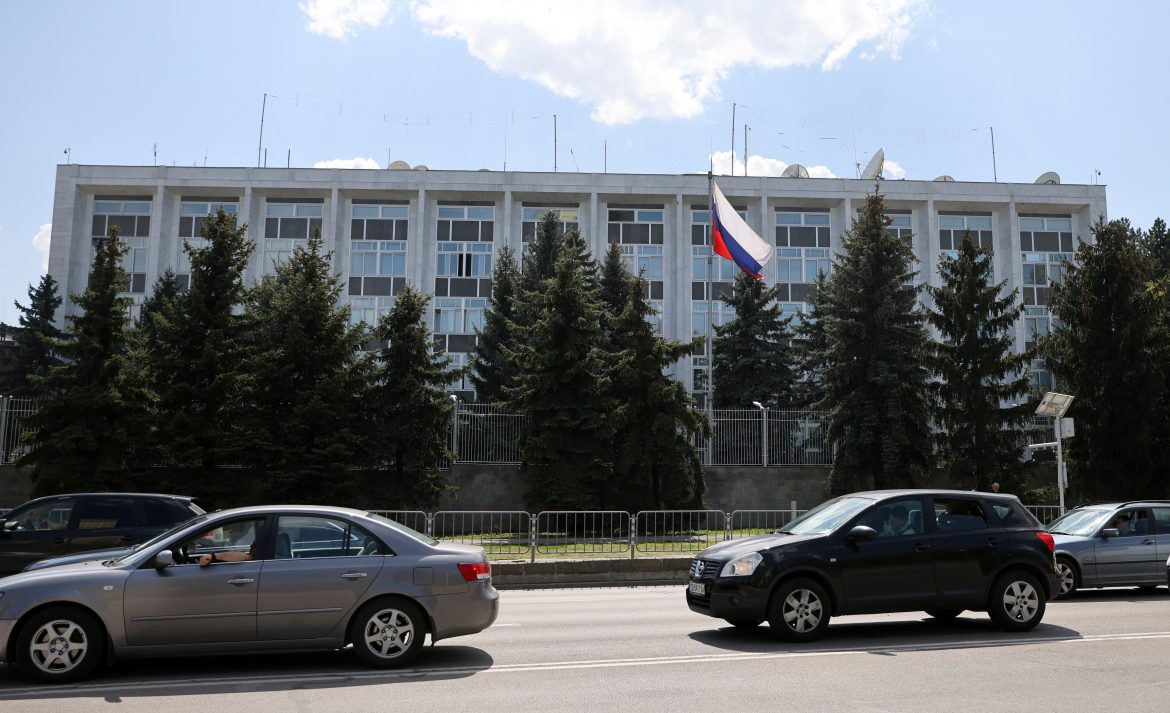 Bulgaria said on Tuesday it was expelling 70 Russian diplomatic staff over espionage concerns and had set a cap on the size of Moscow’s representation as tensions between two countries that were once close allies fractured over Ukraine.

The move, announced by the foreign ministry and outgoing prime minister, was the largest expulsion of Russian diplomats by Sofia in recent years and more than halves the size of Moscow’s diplomatic footprint in the Balkan country.

An unnamed source told Russia’s TASS news agency that Moscow, which in April cut off gas to Bulgaria over its refusal to agree to a rouble payment mechanism despite its heavy dependence, would respond.

“Today we have expelled 70 Russian diplomats… Many of them have worked directly for [intelligence] services and their diplomatic role has been more like a cover,” said Bulgarian Prime Minister Kiril Petkov, who last week lost a parliamentary no-confidence vote.

The decision more than halves Russia’s diplomatic presence, which Petkov had said numbered 114 at the end of April.

Bulgaria’s foreign ministry said the decision to expel so many Russian diplomatic staff was designed to bring down the size of Moscow’s mission down to that of the Bulgarian representation in Moscow and a response to what it called activities incompatible with the Vienna Convention on Diplomatic Relations, official jargon for spying.

There was no immediate Russian response to the spying allegations.

Petkov has taken an unusually strong stance against Russia for a country that enjoyed close ties with Moscow during the communist era and has long been a draw for Russian tourists.

He sacked his defense minister in February for refusing to call what Russia describes as “a special military operation” against Ukraine a “war”.

Petkov has also backed EU sanctions against Moscow, agreed to repair Ukrainian military hardware while stopping short of directly sending arms to Kyiv, and has complained of what he has previously called the disproportionate size of Russia’s diplomatic presence in his country.

“This is not an act of aggression towards the Russian people,” said Petkov, describing the expulsions. “When foreign governments are trying to meddle in our internal affairs, we have institutions that will respond.”

The foreign ministry said Bulgaria was capping the size of Russia’s diplomatic presence at 48 and had ordered the expelled Russian diplomats to leave the country by midnight on Sunday.

“On Sunday, we expect a full airplane, with 70 seats, to take off to Moscow,” said Petkov.