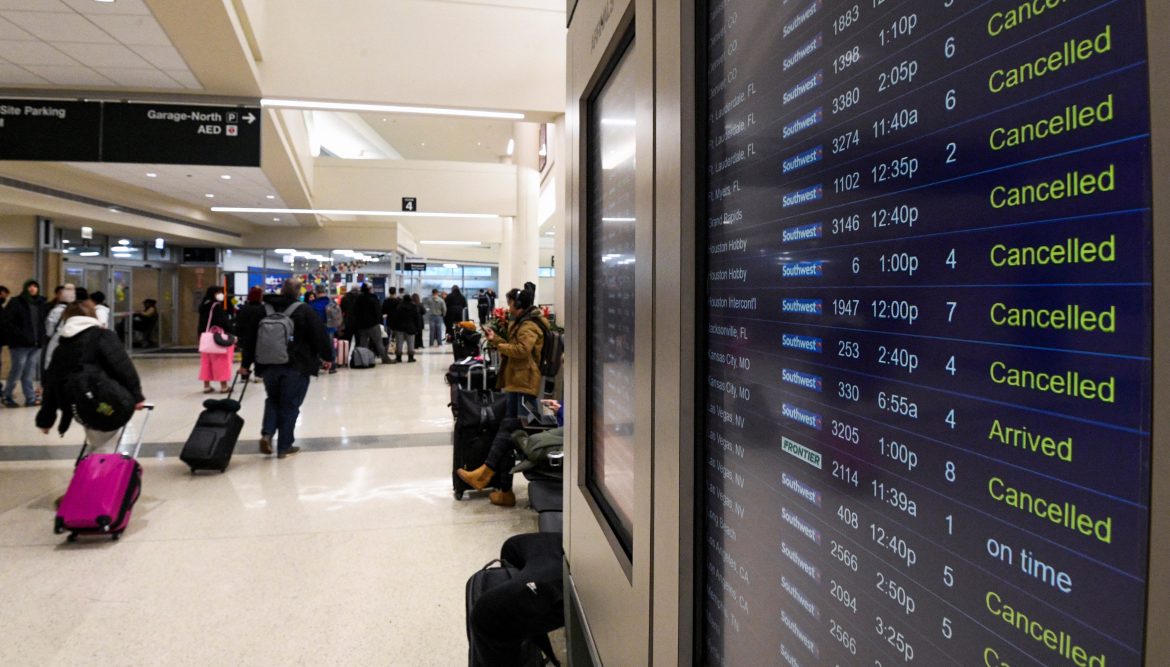 U.S. Transportation Secretary Pete Buttigieg said that large-scale flight schedule disruptions at Southwest Airlines were no longer a weather-driven issue and showed a “system failure” within the company.

“We are past the point where they could say this is a weather-driven issue,” Buttigieg said in an interview posted by ABC News on Wednesday. “Don’t get me wrong, all of this began with that severe storm. We saw winter weather affecting the country and severely disrupting all airlines.”

The rest of the aviation system and other airlines seemed to be back from the weather disruptions, Buttigieg said.

“So what this indicates is a system failure (at Southwest), and they need to make sure that these stranded passengers get to where they need to go and that they are provided adequate compensation, not just for the flights itself … but also things like hotels, like ground transportation, like meals because this is the airlines’ responsibility,” he said, adding that he had spoken to the company’s leadership.

More than 2,500 Southwest Airlines flights were canceled as of Wednesday morning, according to the flight tracking website FlightAware.

U.S. airlines had canceled thousands of flights as a massive winter storm swept over much of the country before the Christmas holiday weekend, but Southwest’s woes have deepened while other airlines have largely recovered.

Southwest Airlines had told Reuters that it would reimburse customers for travel-related costs and that it had already processed thousands of requests by Tuesday.

Its boss, Bob Jordan, said the low-cost carrier needed to upgrade its legacy airline systems and apologized to customers and employees in a video message.