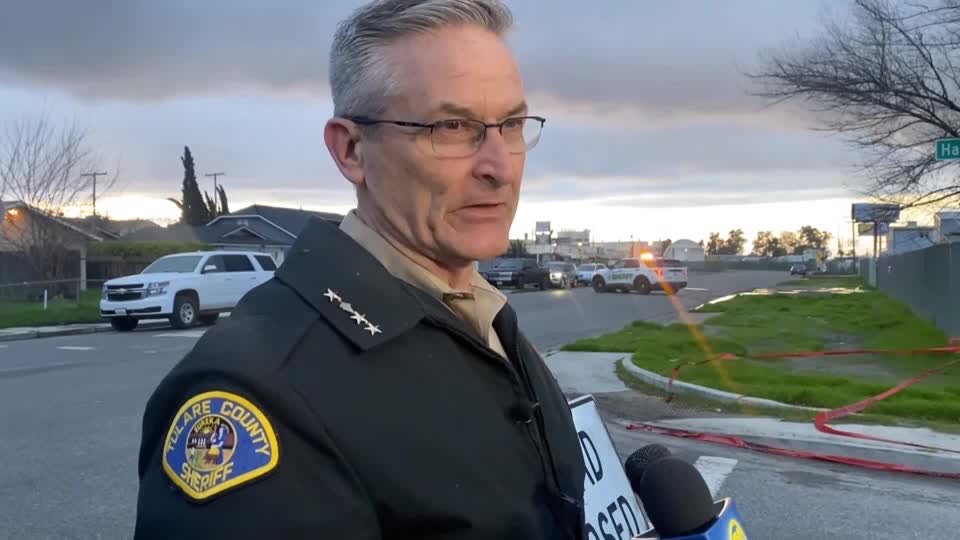 Tulare County Sheriff Mike Boudreaux condemned President Biden’s “open border” policies on Wednesday after the murder of a family in a home in Goshen, California in which six people were killed, including a sixteen-year-old mother and her 10-month-old infant son.

In an interview with Fox News’ Sandra Smith, Boudreaux said he believes a Mexican cartel was involved because of the execution-style fashion in which the murders were carried out.

“I do believe that the cartel is involved,” Boudreaux said. “I do believe that there’s high-ranking gang structure involved in this … The reason that I believe that is [because] this is not your norm … you have a sixteen-year-old young mother killed right alongside her 10-month-old son, shot in the head … The people of the United States need to hear that these cartels … [are] taking the lives of innocent young people.”

The shooting rampage occurred on Monday in the early morning hours and left six people from the same family dead, including a 72-year-old grandmother while she slept. The teenage mother attempted to flee the home with her baby, but was caught and executed. Another three individuals managed to hide and survive, with one of them calling police from inside the home.

“These people were clearly shot in the head, and they were shot in places where the shooter would know that quick death would occur,” Bordeaux told reporters at a press conference.

Bordeaux also explained that “there is a cartel presence in [California’s] central valley,” where the shooting occurred.

As of July 2022, California’s central valley was on the U.S. government’s list of “high-intensity drug trafficking areas,” meaning that “the area is a significant center for illegal drug production, manufacturing, importation, or distribution.”

As crime rages at the southern border, spurred on by cartels, criminal activity is beginning to spill over into the United States.

Illegal drug trafficking is massively profitable for cartels. Last year alone, 719 pounds of fentanyl was seized at the border, with unknown amounts getting through.

“This is a national security issue,” Lines said. “Unless this situation changes and we take back control from the cartels, for the trafficking coming across our border, it will only get worse.”

According to the Post Millennial, “the human smuggling industry has seen massive profit increases in recent years, having raked in $13 billion as of July – up from $500 million in 2018.”

Senator Ted Cruz condemned the Biden administration in a tweet on Tuesday, stating that “the cartels are becoming more and more aggressive with their human trafficking efforts because they know President Biden won’t enforce the law.”

US hits debt ceiling amid standoff between Republicans and Democrats