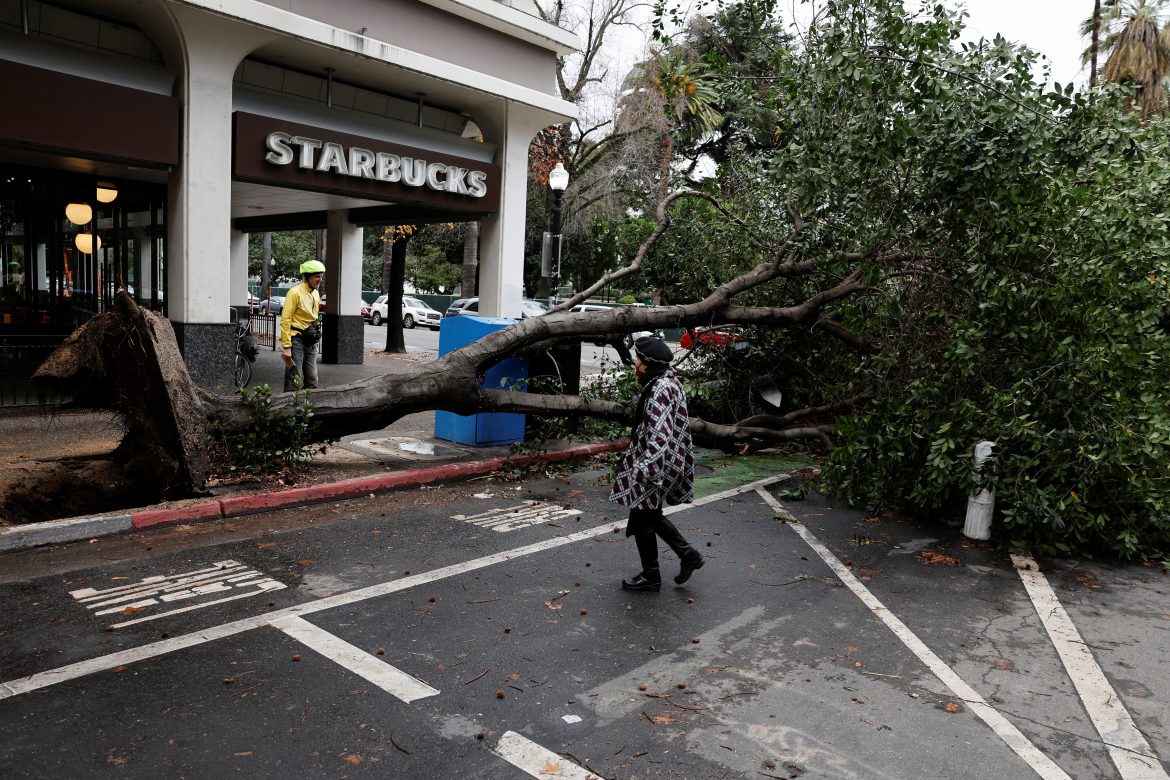 A massive storm unleashed high winds and torrential rains across California on Thursday, threatening much of the state with flash flooding and mudslides after leaving a child dead and tens of thousands without power overnight.

The “atmospheric river” — an airborne current of dense moisture flowing from the ocean — was expected to persist, drenching much of California with heavy rains at a rate of 1 inch per hour, the National Weather Service said, with dangerous, gale-force gusts forecast throughout the day.

Overnight, a child younger than 2 years old was killed when a tree fell on his home in Occidental, a community of about 1,100 people 65 miles north of San Francisco, local media reported. Authorities did not provide more specific information about the victim.

More than 180,000 homes and businesses were without power early on Thursday, according to data by Poweroutage.us after high winds downed power lines and trees across the state overnight.

Crews in San Francisco spent the night cleaning up debris from felled trees that blocked roadways, while state officials urged Californians to avoid travel during the storm.

The heavy downpours prompted officials in Sonoma County to issue evacuation warnings to residents living along the Russian River, which was expected to crest late on Thursday and again on Sunday. Evacuation warnings were also in place in coastal communities such as Santa Cruz.

The governor’s Office of Emergency Services said it had staged crews in several northern counties likely to be hardest hit by flooding, and where previous wildfires have stripped hillsides of vegetation, leaving them at high risk of mudslides.