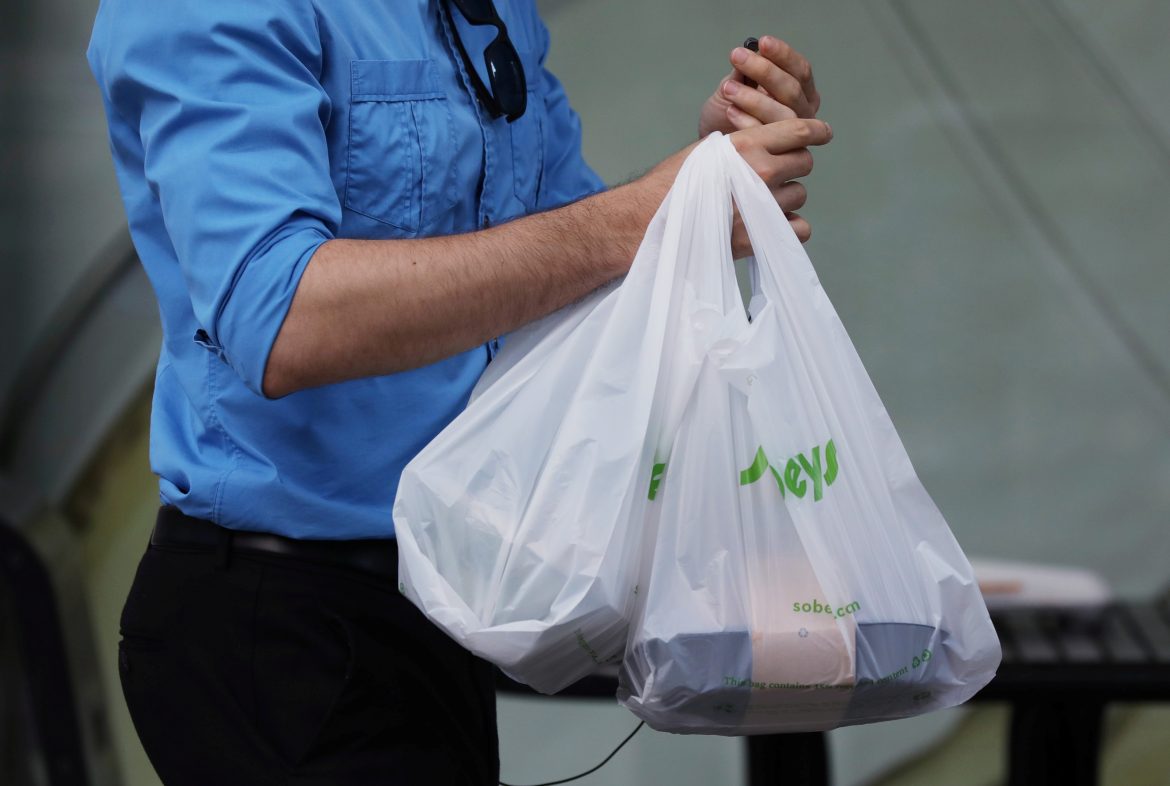 The government of Canada on Monday published final regulations to prohibit “harmful” single-use plastics, with a ban on manufacturing and importing most of these items to come into effect in December.

The ban will be on single-use plastics including checkout bags, cutlery, food-service ware made from or containing plastic that is hard to recycle, ring carriers, stir sticks and straws, the Canadian government said in a statement.

Canada said in 2020 it intended to impose binding standards for how much recyclable plastic content there has to be in products and packaging and added at the time it wanted new rules in place within 24 months. (https://reut.rs/3tNjLQ0)

“The ban on the manufacture and import of these harmful single-use plastics, barring a few targeted exceptions to recognize specific cases, will come into effect in December 2022,” the government said on Monday.

The sale of these items will be prohibited as of December 2023 to provide businesses in Canada with enough time to transition and to deplete their existing stocks, the government said.

“The Government will also prohibit the export of plastics in the six categories by the end of 2025, making Canada the first among peer jurisdictions to do so internationally,” it added.

Up to 15 billion plastic checkout bags are used every year and about 16 million straws are used daily in Canada, according to government figures.