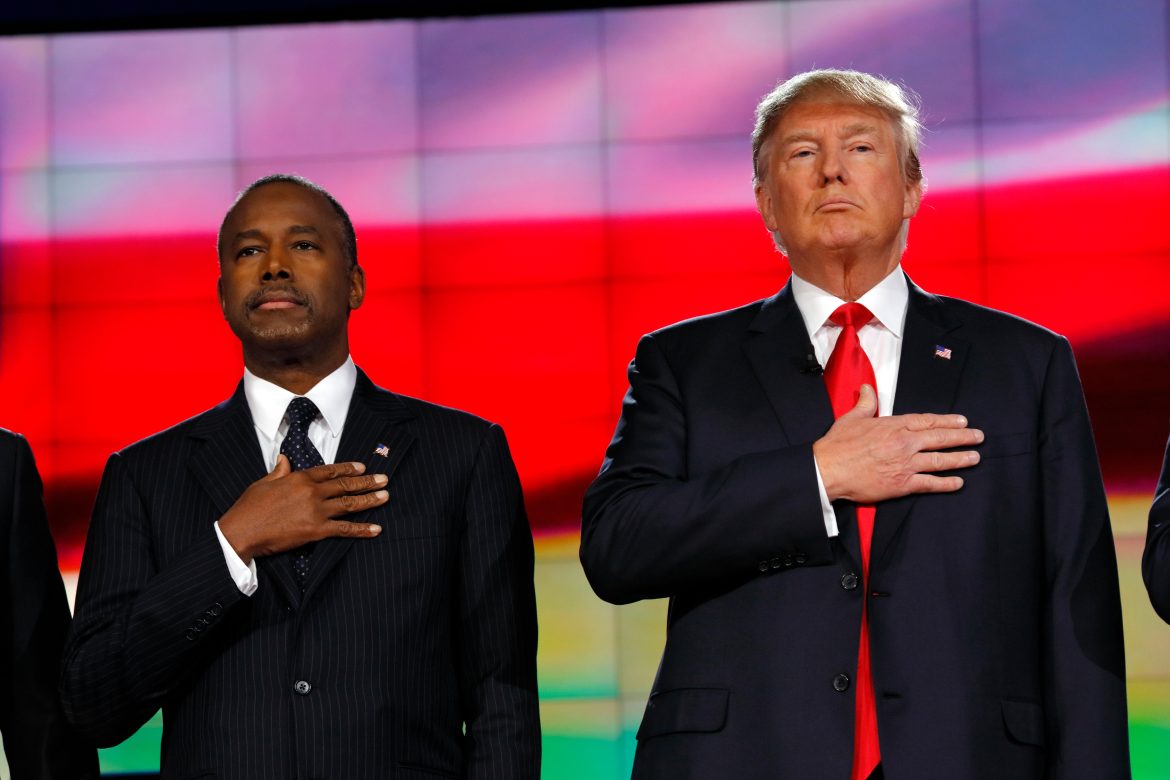 In a move that seems to prove there are no limits to ‘cancel culture,’ world-renowned neurosurgeon and presidential candidate Dr. Ben Carson could soon see his name removed from Benjamin Carson High School of Science and Medicine in his hometown of Detroit.

According to a recent report by The National Desk (TND), the Detroit school board voted in favor of the name removal last month after 80 percent of the 1,500 people surveyed said they supported the change.

“Cancel culture is alive and well. It’s infiltrating. Political correctness, wokeness, cancel culture, this is going to destroy us as a nation if we don’t get a grip on it,” Dr. Carson said according to TND.

The move comes after there were reports of complaints about Dr. Carson’s ties to former President Donald Trump. The retired Johns Hopkins surgeon served as Secretary of Housing and Urban Development (HUD) during the Trump administration.

“The school was named after Carson in the first place because of his contributions to science and medicine, not because he ran Housing and Urban Development under former President Donald Trump,” noted George Upper, the former editor of The Western Journal.

A local school board member reportedly said having Dr. Carson’s name on the school is “synonymous with having Trump’s name on our school in blackface,” according to FOX News host Sean Hannity.

Students who were polled at the school seem to disagree with Carson’s name being removed, however. They voted to keep the school’s name in place according to Dr. Carson’s former HUD staff members who recently wrote an op-ed blasting the name removal. They also noted there was an administrative recommendation to keep the name as-is.

“The reason that we adorn our buildings with the names of heroes is to continually remind us of their examples. Their life stories provide us a roadmap to follow, and these lessons are meant to inspire us to live up to their example. In today’s culture plagued by anger, violence and division, Dr. Carson is exactly the sort of man we should highlight for our children. In an age where honor and virtue are increasingly scorned, he stands as an example for our future generations to look up to,” the staffers wrote.

The more than 50 former HUD staff members who signed their names to the op-ed to support Dr. Carson all maintain that “canceling him is just not right.”

“The truth is, Dr. Carson should have dozens of schools named after him. We firmly believe removing the name of a man like this leaves us all the worse off for it, especially the students this political stunt purports to set an example for. We hope each student aspires to be the type of leader Dr. Carson is: a compassionate and humble man that cares deeply about the future of our children,” the op-ed continued.

Support for Dr. Carson didn’t stop there. Many others on Twitter voiced their disapproval of the decision to remove Carson’s name from the school, including fellow doctors.

Dr. Brian Lenzkes, an internal medicine doctor, said that the removal was a “sad commentary” on where we are as a nation

Sad commentary that one of the greatest neurosurgeons in history & a role model for all communities, Dr. Ben Carson, had his name removed from a school. He represents the American dream & has funded over 250 reading rooms for underprivileged students. Ideology over humanity.

Franklin Graham, son of the late Rev. Billy Graham also weighed in on Twitter calling out the cancel culture that led to the decision.

Cancel Culture at its worst. The Detroit School Board voted to change the name of the Benjamin Carson High School of Science and Medicine. I agree with those who worked with Dr. Ben Carson – he should have dozens of schools named after him!

Dr. Carson, whose education started in the Detroit public school system, released a statement on Facebook thanking those staff members and the many supporters he says reached out to him about the name removal.

“I am thankful for you all. Although it saddens me, my focus is helping our country’s biggest asset: our children. I don’t care what any school is named so long as every child gets an equal chance at becoming what they aspire to be,” he wrote.

It remains unclear what the name of the high school will be changed to.

The Importance of Choosing the Right Values-Based Investing Strategy

What a disgrace for this to be allowed. He has been a wonderful , talented , example to all of us. He has these wonderful scholarships to help students who need opportunities. He is an American HERO. Maybe these miss informed people. Maybe they think it should be Hunter Biden school.

This is totally preposterous. Dr. Carson faced the challenges life threw at him and conquered them. He is a kind, intelligent and renowned in his field of medicine. You want to disrespect him yet celebrate criminals such as George Floyd. I, for one, admire Dr. Carson and he deserves much better. This new “woke” agenda is caustic to our society.

You people have no clue about this man, himself a product of Detroit Public Schools. I personally was president of the local chapter of a very well known international service club here in Detroit before he became a member of the Trump cabinet. I personally wrote him down on Rotary stationery to invite him to speak to a young people audience at a specially arranged club meeting when he would be conveniently in town, any date/time/place to meet his busy schedule. He responded with a staff correspondence askin Detroit Rotary Club (a very charitable service organization) for a $25000 honorarium.

We don’t want his kind any where near Detroit Public Schools. George Crockett was a far more genuine and charitable example for southeast Michigan!!!!!