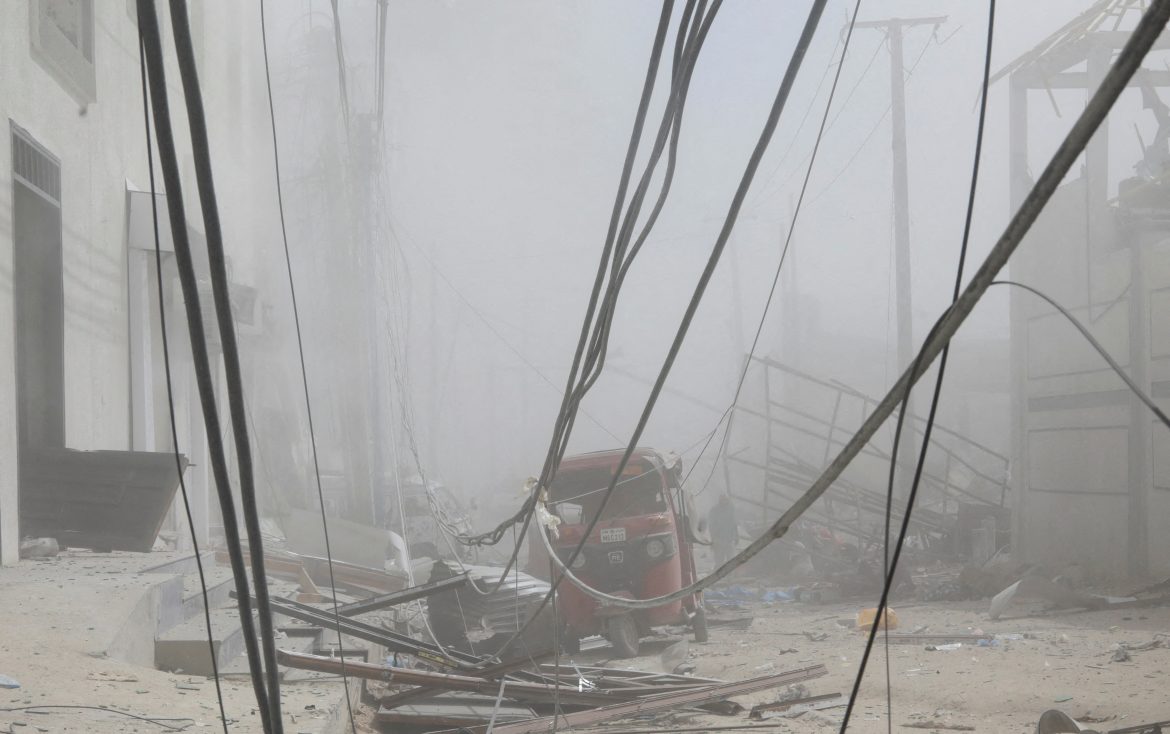 The two car bombs that exploded at Somalia’s education ministry, next to a busy market intersection, killed at least 100 people and wounded 300, President Hassan Sheikh Mohamud said on Sunday, warning the death toll could rise.

Mogadishu’s K5 intersection is normally teeming with people buying and selling everything from food, clothing and water to foreign currency and khat, a mild narcotic leaf, but it was quiet on Sunday, when emergency workers were still cleaning blood from the streets and buildings.

Saturday’s attack was the deadliest since a truck bomb exploded at the same intersection in October 2017, killing more than 500 people.

The chairperson of the African Union Commission, Moussa Faki Mahamat, condemned the attack and urged the international community to “redouble its efforts to ensure robust international support to Somalia’s institutions in their struggle to defeat terrorist groups”.

The first of the explosions hit the education ministry at around 2 p.m. The second hit as ambulances arrived and people gathered to help the victims.

Mohamed Moalim, who owns a small restaurant near the intersection, said his wife, Fardawsa Mohamed, a mother of six, rushed to the scene after the first explosion to try to help.

“We failed to stop her,” he said. “She was killed by the second blast.”

President Mohamud said some of the wounded were in serious condition and the death toll could rise.

“Our people who were massacred … included mothers with their children in their arms, fathers who had medical conditions, students who were sent to study, businessmen who were struggling with the lives of their families,” he said after visiting the scene.

Al Shabaab militants, who are seeking to topple the government and establish their own rule based on an extreme interpretation of Islamic law, frequently stage attacks in Mogadishu and elsewhere. But the group typically avoids claiming responsibility for attacks that result in large numbers of casualties.

With support from the United States and allied local militias, the president has launched an offensive against al Shabaab, although results have been limited.

Abdullahi Aden said his friend, Ilyas Mohamed Warsame, was killed while traveling in his three-wheeled “tuk tuk” taxi to see relatives before returning to his home in Britain.

“We recognized the number plate of the tuk tuk, which was now rubble,” Aden said.

“Exhausted and desperate, we found his body at midnight last night in hospital,” he said. “I can’t get the image out of my mind.”