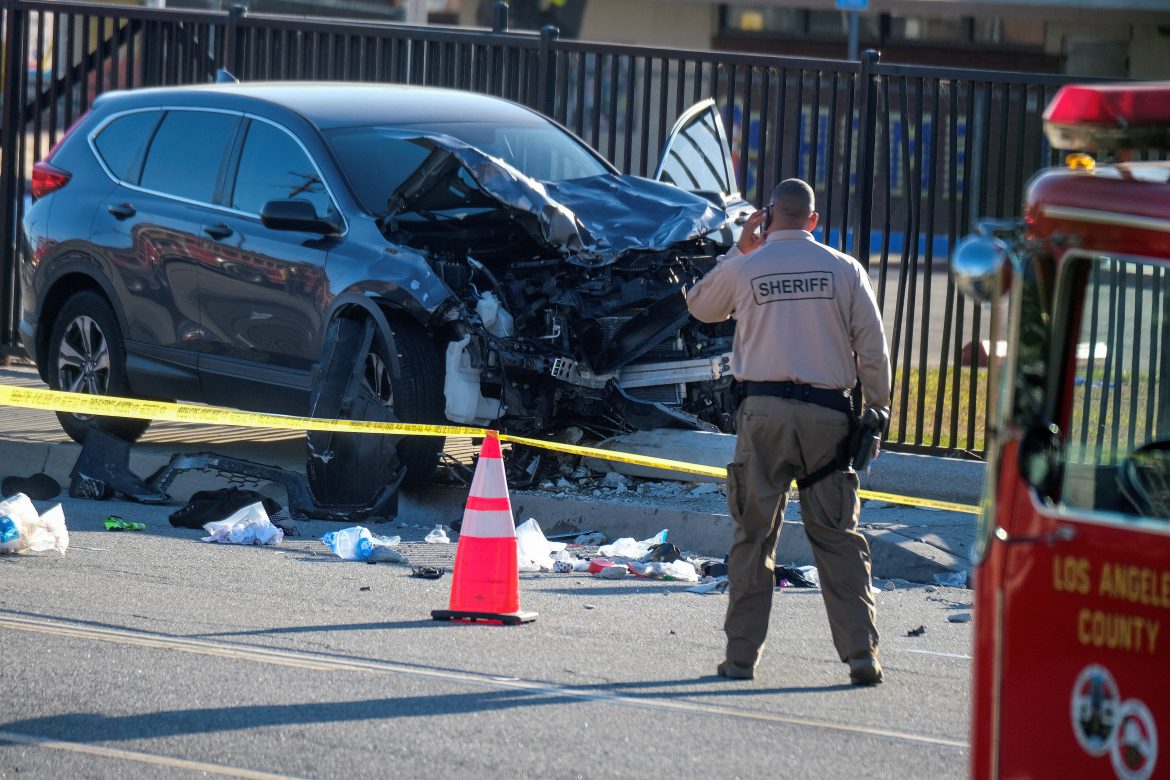 Multiple Los Angeles County Sheriff’s Department recruits were injured when a car crashed into them on Wednesday morning while they were out for a run in Whittier, California, the department said.

The injured recruits were taken to hospitals, but their condition was unknown, as was the condition of the driver. Details about what caused the crash were also unavailable, according to a department spokeswoman.

The spokeswoman said she could not give an exact number of injured recruits, but the local ABC station reported that at least 10 had been hit.

The recruits had been on a training run in a residential neighborhood of Whittier, a city on the outskirts of Los Angeles, when the vehicle struck them around 6:30 a.m. PDT.

From ABC aerial camera footage at the scene of the crash less than an hour after it occurred, a smashed-up SUV could be seen on a sidewalk next to a fallen light pole.

A group of about 40 other people who appeared to be fellow recruits were waiting in a nearby parking lot while emergency crews worked at the scene to treat the injured and load them into ambulances.

ABC reported that more than a dozen sheriff’s units along with several fire trucks and ambulances were seen at the site.

Report: More than 500 hate crimes committed against Christians in Europe in 2021