CBP agents report 1,500 migrant stops per day at one entry point, forced to release 1000+ due to overcrowding 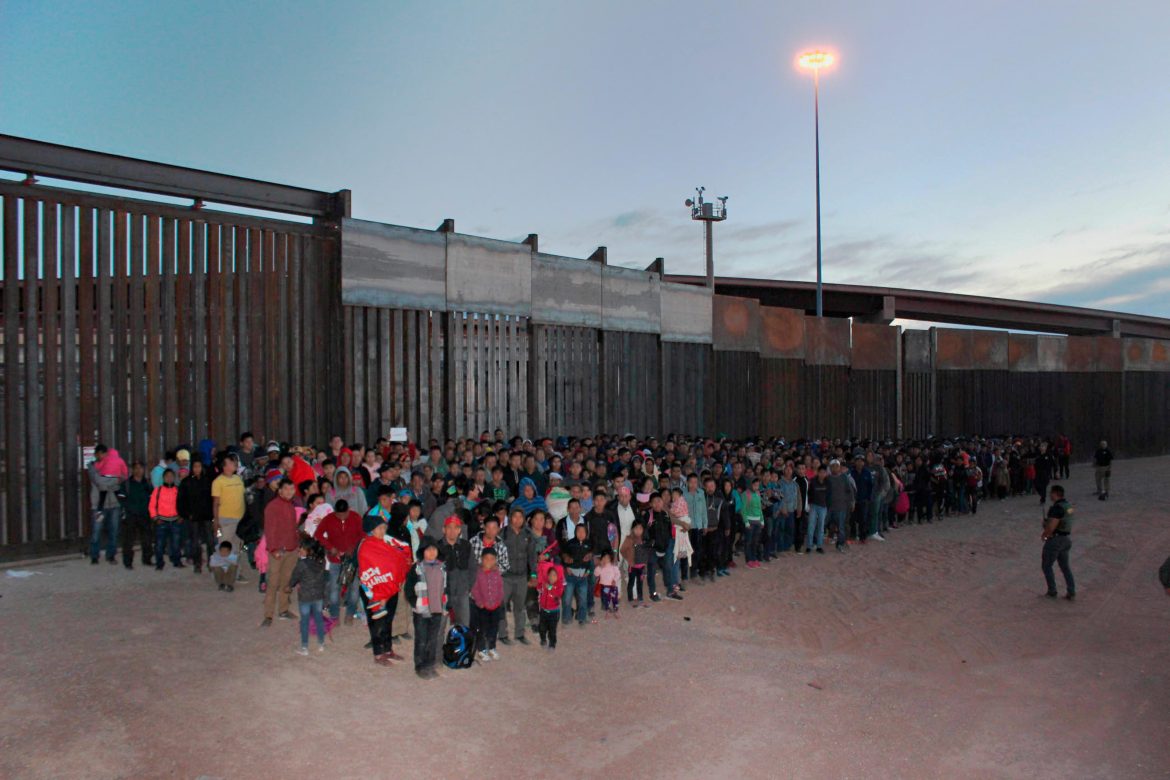 U.S. Customs and Border Patrol (CBP) agents released over 1,000 illegal immigrants into the streets of El Paso, Texas last week as a result of overcrowding at its Central Processing Center and nonprofit shelters, according to a September CBP report.

“We are up to 1,500 daily encounters in the month of September,” U.S. Border Patrol spokesman Carlos A. Rivera said in the report. “It has not let up,” he added, noting that most of the migrants coming across the border this month are “not amenable to Title 42 expulsions.”

The report indicates that hundreds of mostly Venezuelan migrants crossed into Texas from Juarez, Mexico via the Rio Grande last week. From there, Juarez cab drivers took them to a site located west of the Paso del Norte International Bridge.

Venezuelans now represent the second-largest nationality entering the U.S. illegally after Mexicans. An August CBP report shows that there were 25,349 Venezuelan migrant encounters that month, an increase of 43% from July’s 17,652 encounters and quadruple 6,301 encounters recorded in August of 2021.

The report indicates that “U.S. authorities stopped migrants 203,598 times in August, up 1.8% from 199,976 times in July,” and that there were 2.15 million migrant encounters from October 2021 through August 2022, marking “the first time that measure topped 2 million during the government’s fiscal year beginning Oct. 1” – a figure the CBP admits is “extraordinarily high.”

The number represents a near 40% increase from the same period a year prior, in which CBP reported 1.54 million stops.

The overwhelming surge of migrants from Venezuela forced El Paso to establish its own Migrant Support Services Center. In addition to the cost of creating the center, the city is spending nearly $7 million on a contract with Virginia’s The Providencia Group LLC to operate the site. Commissioners also approved an $11,000 monthly rental contract for another facility to help process paroled migrants. An El Paso County staff member said the center will only deal with migrants who already have sponsors and are on their way out of the city and that migrants without sponsors or means to leave would be routed to nonprofit centers.

The money, which will come from the county’s general funds, would purportedly be reimbursed to the county by the Federal Emergency Management Agency (FEMA).

The City of El Paso is also working on a plan to charter free bus trips for illegal immigrants out of the city to destinations of their choice to the tune of $4 million.

Meanwhile, fears that Republicans could gain control of Congress in the upcoming midterm elections have further fueled a surge in illegal border crossings, according to Pinal County, Arizona Sheriff Mark Lamb, who called the Biden administration’s claims that the border is secure “a flat-out lie.”

Lamb explained that Mexican drug cartels operating lucrative, large-scale human smuggling operations are in a rush to smuggle as many migrants across the border as they can ahead of a possible GOP takeover in November, according to a Just the News report.

“I think the cartels are very astute to what’s going on in our political world,” Lamb told the John Solomon Reports podcast Monday. “I think they see that the House is going to go back to [being] Republican, and likely the Senate as well. I think you’ll start to see even more push to bring people in, as like a last ditch-effort,” he continued.

Lamb expressed incredulity at Democrats’ support for a devastating open-border policy that puts politics ahead of the well-being of the very people they claim to care about.

“Where did we get as a country where our moral compass is so broken that we put politics in front of people because, politically, your party wants to have open borders and thinks that you’re doing something good for these people?” Lamb asked rhetorically. “You’re not doing something good for them by having open borders. You’re actually allowing them to be enslaved by the cartels.”

The sheriff pointed specifically to the fate of migrant women and children, many of whom are being trafficked as sex slaves by cartels.