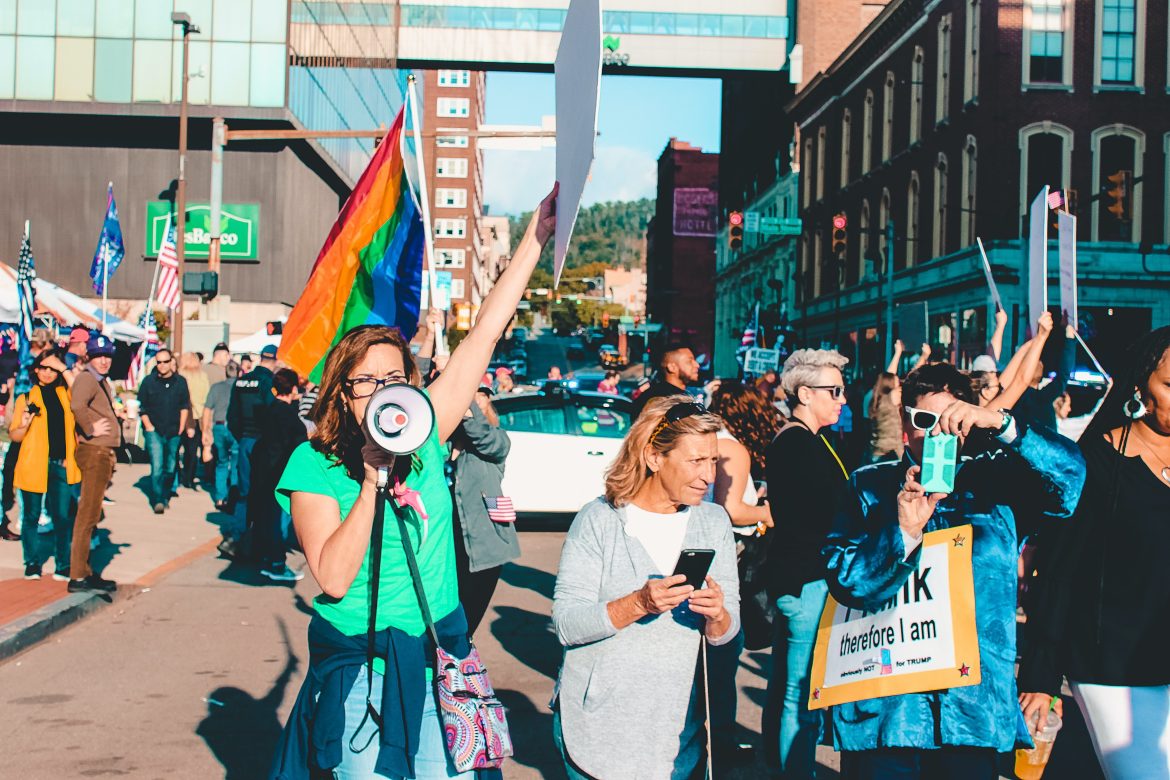 A woman was assaulted after Antifa demonstrators arrived to “defend” the drag event while demonstrators protested outside the Jackson Heights Library Drag Queen Story Hour in Queens, New York.

The event, which was pushed by New York Congresswoman Alexandria Ocasio-Cortez, devolved into violence, and at least one person was arrested and carried away by the NYPD.

Protesters gathered at the library to voice their opposition to the program but were met with counter-protesters who support drag queens reading to children in libraries. The NYPD constructed a barrier between the two groups of protesters, according to The Post Millennial.

“These kids are being groomed! How can you support something so sick and evil?” one person protesting against the event was heard saying.

A man in opposition of Drag Queen Story Hour in Queens tells far-left supporters of the event "These kids are being groomed! How can you support something so sick and evil?"

More footage from the event depicts protestors clashing, with drums and noisemakers heard in the background. People can be seen arguing and pushing one another. Another video shows cops attempting to keep the protestors apart. Pro-drag protesters were heard yelling “eat your God,” as parents waved American flags.

The Queens Public Library promoted the Drag Story Hour, as it’s now known after the group omitted the “Queen” to make its LGBTQIA+ event for youngsters more inclusive. The event’s intended audience is simply mentioned as “kids.”

“Let’s have some joyful fun! Join Queens Public Library for a Drag Story Hour (DSH), featuring an amazing drag artist reading picture books, singing songs, and leading children in a craft activity. This delightful program is a celebration of gender diversity, offering kids unabashedly queer role models and the confidence to express themselves however they feel comfortable,” the library shared on its site.

The programming for Drag Story Hour is supported by NYC Council Member Shekar Krishnan, who represents Jackson Heights in Queens. On Tuesday, Ocasio-Cortez uploaded a poster on Instagram, urging her followers to “protect” a drag queen event for children in Queens. “Defend Drag Story Hour in New York City! Assist in defending queer places and speech against the far right,” it said.

“A group of violent loud bigots, who have repeatedly harassed and invaded these events in the city is openly planning to disrupt the next Drag Story Hour, on Thursday, December 29 at Jackson Heights Library in Queens,” the post calling for protestors continues.

“Queer community members and allies will be there to show the fascists they are not welcome, but that kids and drag queens are. Let’s show NYC’s unwavering support for Drag Queen Story Hour and for queer and trans people, and make a safe, encouraging, and joyful welcome for kids and their grownups as they enter the library.”

This event isn’t the first one where transgender individuals have been involved in an event that turned violent. FISM reported in late October of this year that a pro-women’s rally which criticized transgenderism was shut down after antagonistic counter-protesters became violent.

FISM’s Lauren Moye reported that the “Let Women Speak” rally in Tacoma, Washington turned violent when counter-protestors, fueled by students of a nearby high school, overwhelmed the smaller group of women’s rights advocates.

One local media source reported that around thirty women’s rights supporters showed up to the rally. They held signs with messages like “trans ‘women’ are men,” “no males in women’s jails,” and “kids cannot consent to puberty blockers,” showing their belief that affirming gender dysphoria as normal puts both women and children at risk. However, instead of allowing these women to speak, the self-identified “inclusive” left resorted to intimidation and assault to silence their voices.

Exclusive-Drugmakers to raise prices on at least 350 drugs in U.S. in January