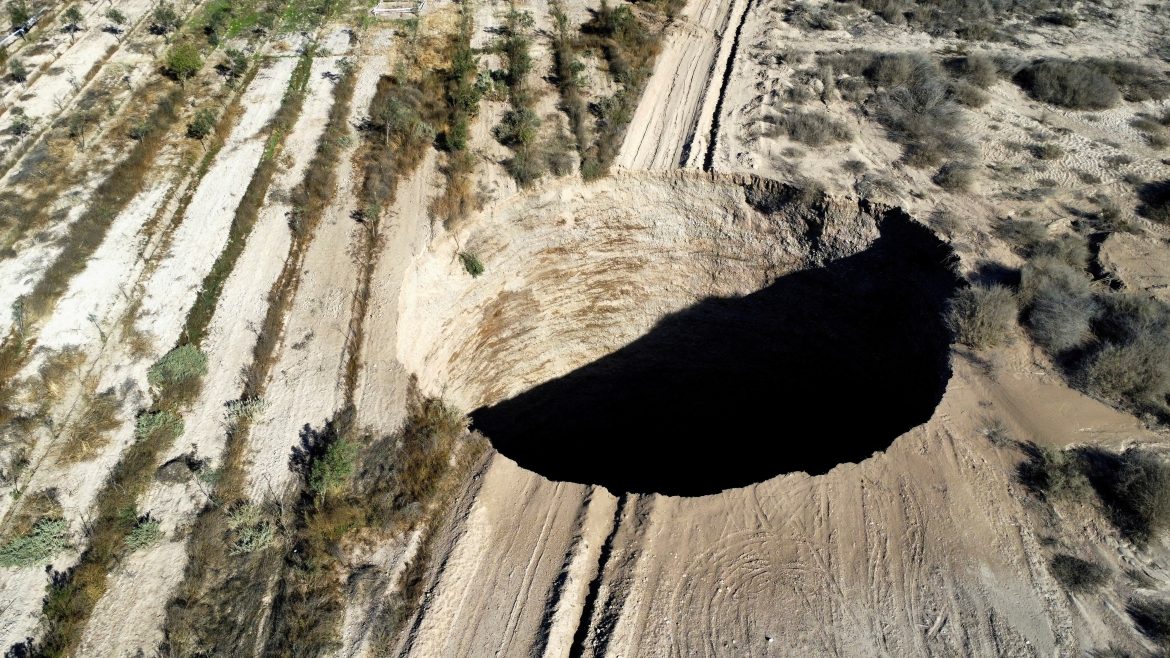 Chilean authorities warned that the area around a copper mine where a sinkhole suddenly appeared is at high risk of further collapse and has set up a security perimeter.

Government agencies and the mine’s owners are studying what caused the appearance in late July of the mysterious hole that spans 36.5 meters (120 feet) in diameter.

The area is at high risk of further cracks or sinking near the Alcaparrosa mine, about 665 km (413 miles) north of Santiago, the Committee for Disaster Risk Management of Chile’s northern Atacama region determined on Saturday night.

“Considering that the said scenario presents a threat to the life and physical integrity of people, access to said zone has been restricted until the technical studies warrant it,” the emergency office said on its website https://www.onemi.gov.cl/informate/se-declara-perimetro-de-seguridad-por-amenaza-de-subsidencia-comuna-de-tierra-amarilla-region-de-atacama/.

Canada’s Lundin Mining Corp owns 80% of the property, while the remaining 20% is held by Japan’s Sumitomo Metal Mining and Sumitomo Corp.

Although the government has accused the mining company of being responsible for the phenomenon through overexploitation of the deposit, a senior executive of the company recently told Reuters that further studies are needed to determine its origin.

Operations at the mine remain suspended.

Both the government and the company have said that so far no danger has been detected to the nearby town of Tierra Amarilla.

Washington D.C. provides no alternatives for unvaccinated students kicked out of public school