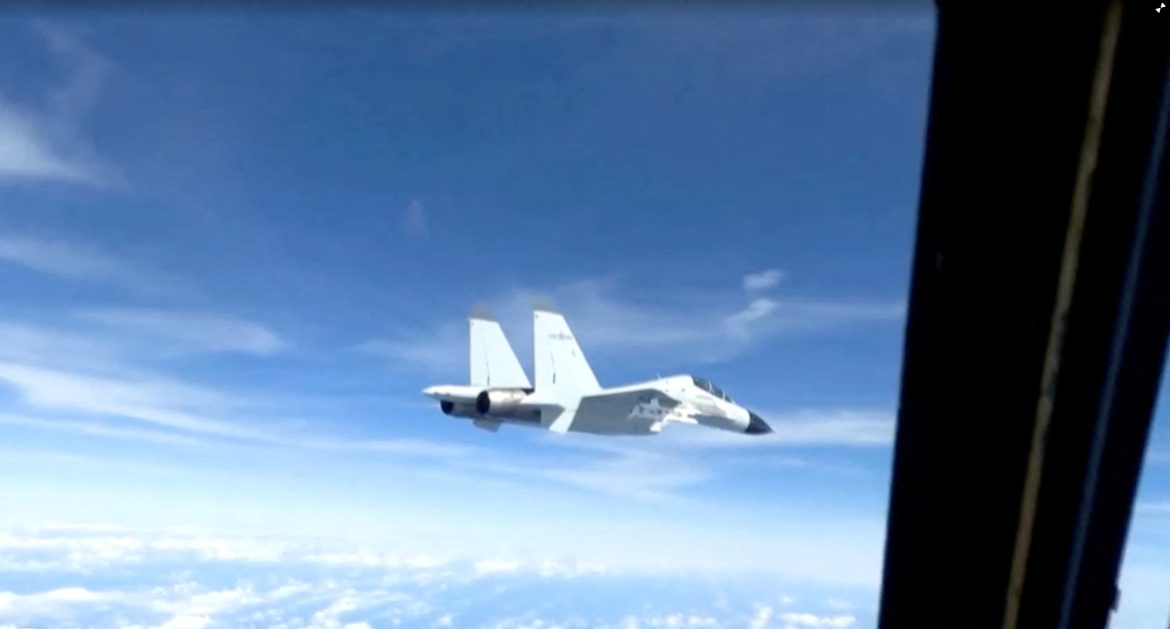 A U.S. military plane involved in a confrontation with Chinese aircraft in disputed southern waters last week had violated international law and put the safety of Chinese pilots at risk, a defense ministry spokesman said.

The U.S. military said on Thursday that a Chinese Navy J-11 fighter jet had come within 10 feet (3 meters) of a U.S. air force RC-135 aircraft on Dec 21, forcing it to take evasive maneuvers to avoid a collision.

But Tian Junli, spokesman for China’s Southern Theatre Command, said in a statement late on Saturday that the United States had misled the public about the incident near the disputed Paracel Islands in the South China Sea.

He said the U.S. plane violated international law, disregarded repeated warnings by China and made dangerous approaches that threatened the safety of China’s aircraft.

“We solemnly request the U.S. side to restrain the actions of frontline naval and air forces, strictly abide by related international laws and agreements, and prevent accidents in the sea and the air.”

China claims almost the entire South China Sea as its sovereign territory, but parts of it are contested by Vietnam, the Philippines, Malaysia, Taiwan and Brunei.