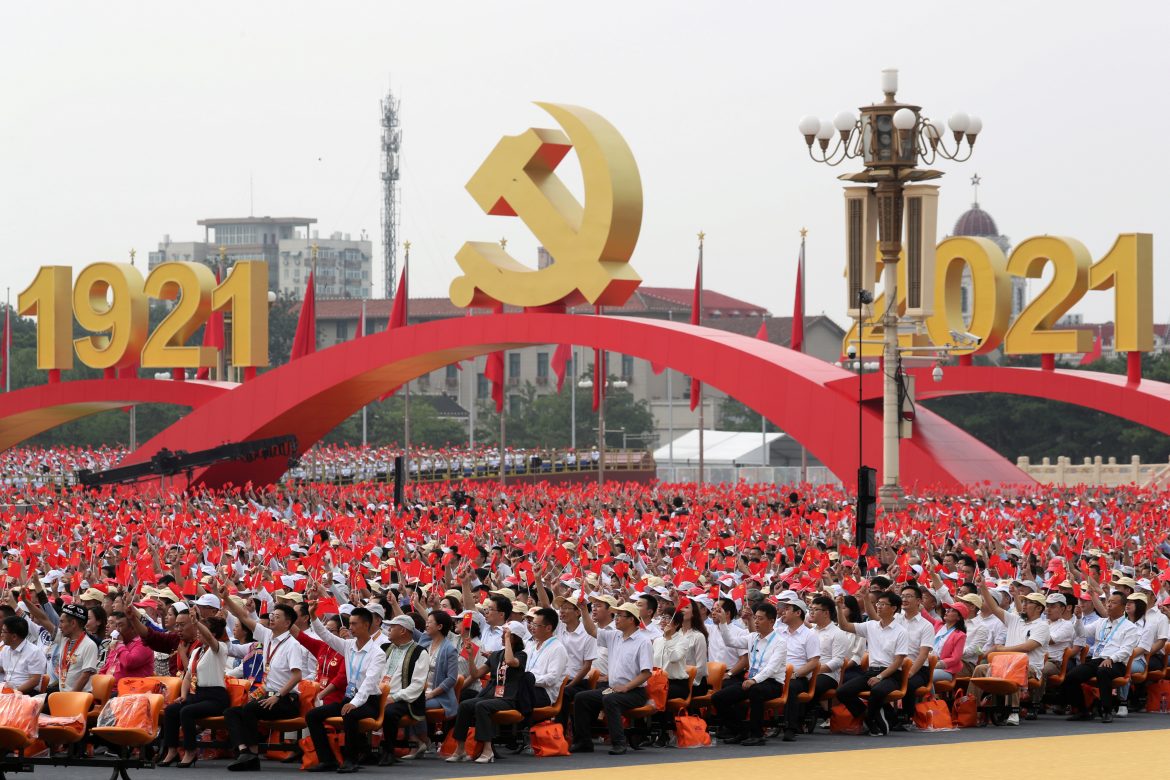 On July 1 of this year, China celebrated the centennial anniversary of the Chinese Communist Party (CCP) with a decadent display that overshadowed the violence and tensions from within the nation.

Founded in 1921, the CCP was inspired by the Marxist-Leninist Russian Revolution years prior. Winning a civil war against the nationalist Kuomintang Party in 1949, the party took control of China and established the deceptively-named People’s Republic of China (PRC). Led by the infamous Mao Zedong, the nation remains a Leninist state.

During the celebration, Chinese President Xi Jinping gave a speech in which he pledged to complete “reunification” with Taiwan and “smash” any attempts at formal independence, a long-time goal for Xi. Taiwan is and has been independent from the oppressive Chinese regime with an established democratic government.

It is worth noting that while the United States maintains an independent relationship with Taiwan, including bolstering defense capabilities, official documents say that the U.S. “does not support Taiwan independence.” However, that does not mean that the government has not tried to take a more established stance on Taiwan’s sovereignty. During his tenure, Trump’s Secretary of State Mike Pompeo tried to establish a more formal relationship with the nation by lifting “self-imposed restrictions.”

Xi’s speech also touched on China’s own sovereignty, pledging to take extreme action against any nation or people who would try to take it away.

The Chinese people will never allow any foreign forces to bully, oppress, or enslave us. Anyone who dares try to do that will have their heads bashed bloody against the Great Wall of steel forged by over 1.4 billion Chinese people.

Ironically, China is an oppressor itself. Besides Taiwan, the government has been cracking down on Hong Kong for its resistance to Chinese rule and the Xinjiang region where Muslim Uighurs are experiencing genocide and human rights violations to this day.

In addition to the centennial, China also celebrated their anniversary of Hong Kong’s “return” to the mainland. Traditionally, tens of thousands of residents rally to protest anything from Beijing’s grip on the city to unaffordable housing in a show of solidarity against the Chinese government.

The area of Hong Kong was ceded to Britain in 1842, and wasn’t returned to Chinese sovereignty until 1997. At that point, China and Hong Kong developed a “one country, two systems” policy in which Hong Kong was allowed to maintain some political autonomy. Recently, China has been exerting its grip over the region through a new National Security Law and by banning gatherings in the region.