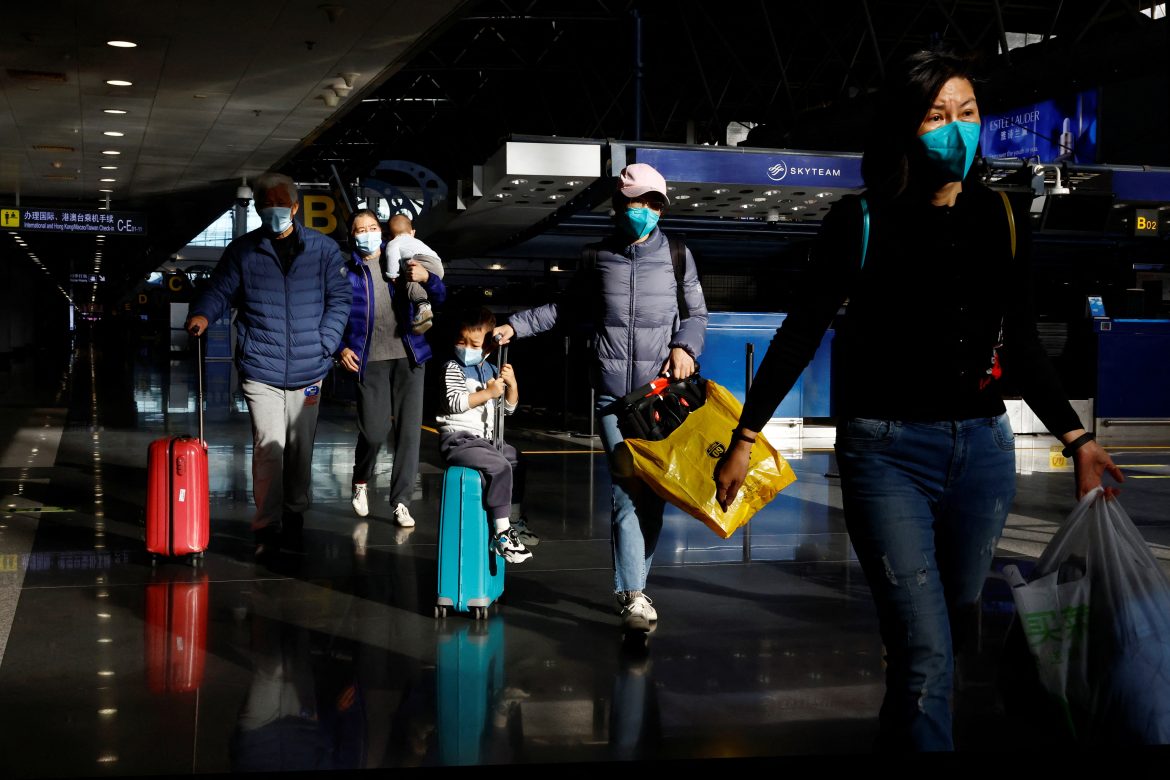 China is threatening “countermeasures” against the United States and other nations that have enacted COVID-19 testing requirements on people traveling from the communist nation.

According to the White House, there is no need for China to retaliate against countries that impose travel restrictions on its citizens because the policies are justified on public health grounds. China is experiencing a tremendous increase in COVID cases, with tales of hospitals and crematoriums being inundated, according to a report by the Independent.

“There’s no cause for retaliation here. Just because countries around the world are taking prudent health measures to protect their citizens, that’s what you’re seeing from us and others,” White House press secretary Karine Jean-Pierre said on Tuesday. “This decision is based on public health and science,” she said. “This is coming from our experts here and [in] other countries.”

China earlier struck out at countries who imposed restrictions on passengers from China and described them as “political aims.” The United States and other nations have stated that travelers from China will be required to show negative COVID tests before being permitted to enter.

The measures were implemented in response to China’s enormous number of Covid cases after it abandoned its “zero-COVID” policy, which had been in effect since the outbreak began.

Beijing has slammed recently imposed testing restrictions on Chinese passengers and vowed retaliation against countries engaged. China is experiencing a countrywide coronavirus outbreak after abruptly relaxing restrictions that had been in place for much of the pandemic. Countries such as the United States, the United Kingdom, India, Japan, and other European countries have declared tighter measures against Chinese travelers in response to concerns about a lack of data on illnesses and the likelihood of new strains emerging.

“We believe that some countries’ entry restrictions targeting only China lack scientific basis and some excessive measures are unacceptable,” China’s foreign ministry spokeswoman Mao Ning said on Tuesday. “We are firmly opposed to attempts to manipulate the COVID measures for political purposes and will take countermeasures based on the principle of reciprocity,” she added.

“Due to the surge of COVID cases in the PRC [People’s Republic of China], and the lack of adequate and transparent epidemiological and viral genomic sequence data being recorded from the PRC, we’re taking deliberate, proactive steps to slow the spread of COVID and to be on alert for any potential COVID variants,” said Ned Price, the U.S. State Department’s spokesperson.

The remarks were China’s most vehement on the matter yet, as Australia and Canada this week joined a growing number of countries demanding Chinese travelers to take a COVID test before boarding their flight. The United States was one of several countries to defend the COVID testing.

“This is an approach that is based solely and exclusively on science,” U.S. state department spokesperson Ned Price told reporters when asked about the statement by his Chinese counterpart.

The U.K.’s Department for Health and Social Care stated the new limits were implemented because of “a lack of comprehensive health information.” Before entering the U.K., visitors from China must submit a negative COVID test. However, a Cabinet official declared earlier today that travelers who test positive for COVID after coming from China will not be compelled to quarantine.

While the Chinese state media continues to downplay the severity of the current outbreak, it has been claimed that China has exchanged genetic sequence data from hundreds of COVID cases around the country with GISAID. The international database stated on its website on Tuesday that no new varieties from the country had been detected.