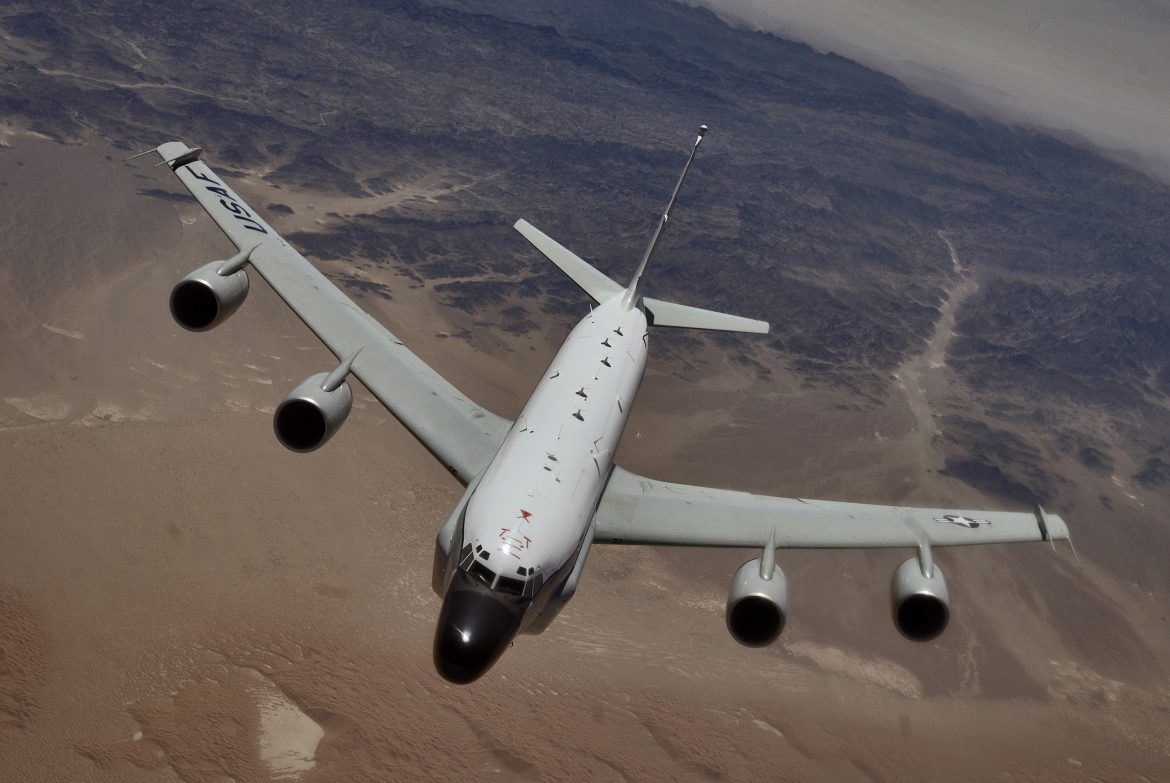 A Chinese military plane came within 20 feet of the nose of a U.S. Air Force aircraft in the contested South China Sea last week and forced it to take evasive maneuvers to avoid a collision in international airspace, the U.S. military said on Thursday.

The close encounter followed what the United States has called a recent trend of increasingly dangerous behavior by Chinese military aircraft.

The incident, which involved a Chinese Navy J-11 fighter jet and a U.S. Air Force RC-135 aircraft, took place on Dec. 21, the U.S. military said in a statement.

“We expect all countries in the Indo-Pacific region to use international airspace safely and in accordance with international law,” it added.

The Chinese embassy in Washington D.C. did not immediately respond to a request for comment.

In the past, China has said that the United States sending ships and aircraft into the South China Sea is not good for peace.

U.S. military planes and ships routinely carry out surveillance operations and travel through the region.

China claims vast swathes of the South China Sea that overlap with the exclusive economic zones of Vietnam, Malaysia, Brunei, Indonesia, and the Philippines.

Trillions of dollars in trade flow every year through the waterway, which also contains rich fishing grounds and gas fields.

In a meeting with his Chinese counterpart in November, U.S. Defense Secretary Lloyd Austin raised the need to improve crisis communications, and also noted what he called dangerous behavior by Chinese military planes.

Despite tensions between the United States and China, U.S. military officials have long sought to maintain open lines of communication with their Chinese counterparts to mitigate the risk of potential flare-ups or deal with any accidents.

Australia’s defense department said in June that a Chinese fighter aircraft dangerously intercepted an Australian military surveillance plane in the South China Sea region in May.

Australia said the Chinese jet flew close in front of the RAAF aircraft and released a “bundle of chaff” containing small pieces of aluminum that were ingested into the Australian aircraft’s engine.

Relations between China and the United States have been tense, with friction between the world’s two largest economies over everything from Taiwan and China’s human rights record to its military activity in the South China Sea.

U.S. House Speaker Nancy Pelosi’s trip to Taiwan in August infuriated China, which saw it as a U.S. attempt to interfere in its internal affairs. China subsequently launched military drills near the island.

The United States has no formal diplomatic relations with Taiwan but is bound by law to provide the island with the means to defend itself.