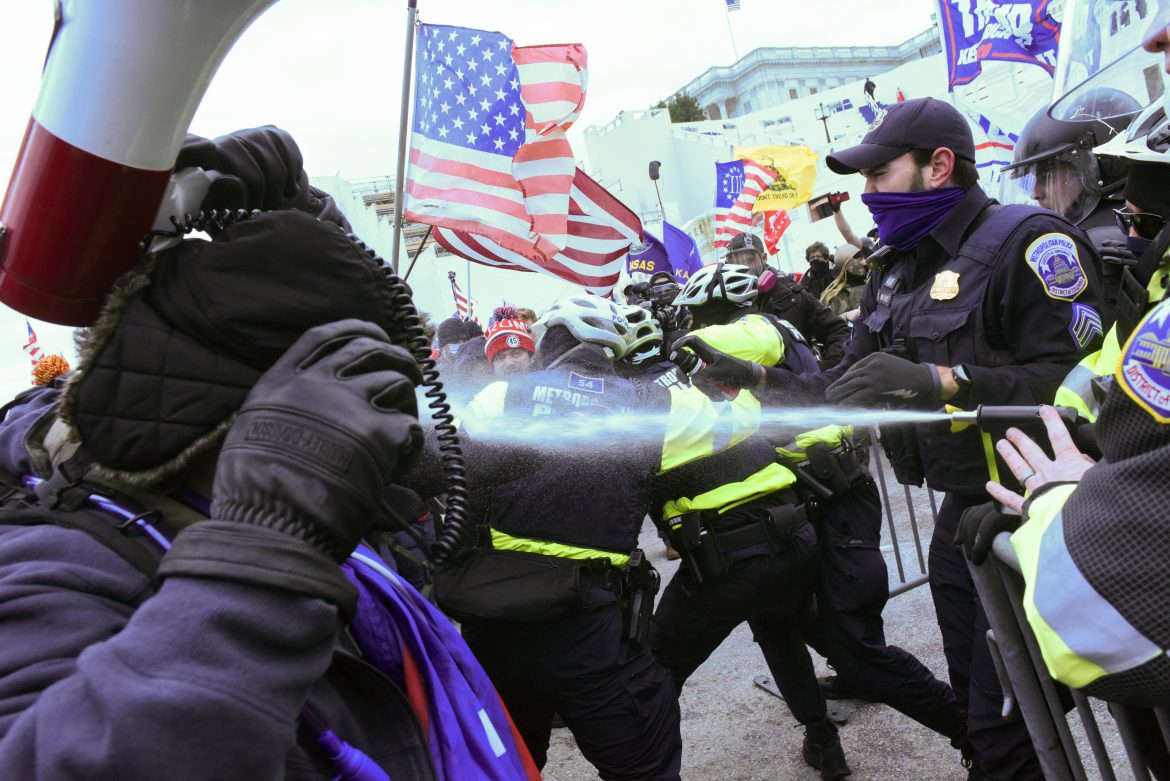 The rioters have entered the Senate chamber.

Thousands of Trump supporters gathered in Washington D.C.  to protest the certification of Joe Biden’s election victory in what has been dubbed the “Save America March.”

As the day’s events wore on a riot erupted, with violent mobs attacking federal police to breach the Capitol Building. Some have succeeded in entering and the building is currently under lockdown.

BREAKING: Trump supporters have breached the Capitol building, tearing down 4 layers of security fencing and are attempting to occupy the building — fighting federal police who are overrun

This is the craziest thing I’ve ever seen in my life. Thousands, police can’t stop them pic.twitter.com/VVdTUwV5YN

The New York Post reports that the congressional chambers have not been breached “but the certification process was interrupted, with lawmakers told to take shelter.”

BREAKING: revolution in process as Trump supporters break into the Capitol building, attacking police, breaking windows, and knocking down doors

The people have pushed through & are storming to main chambers pic.twitter.com/NW6VDDNBQw

A citywide curfew will be enacted tonight at 6 p.m.

This Day In History, January 6: The Wise Men