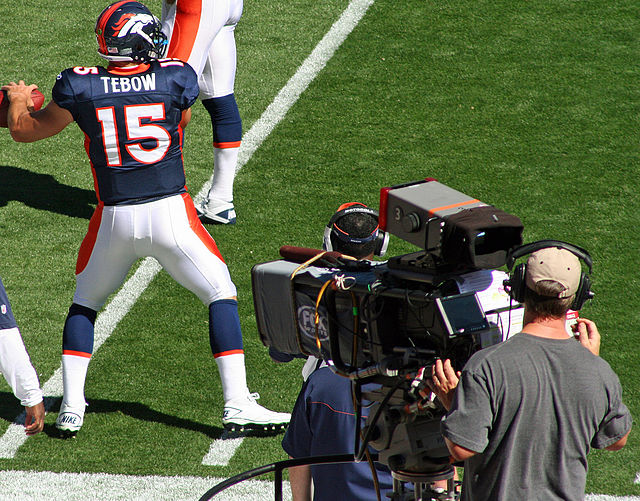 It’s official – Tim Tebow is back in the National Football League, confirming rumors that began stirring several weeks ago.  The former NFL quarterback and NCAA Heisman Trophy winner signed a one year contract with his hometown Jacksonville Jaguars on Thursday morning, according to ESPN insider Adam Schefter.  He will reunite with his former head coach from the University of Florida, Urban Meyer.  Tebow returns to the NFL as a tight end, confirming what many football experts believed would be Tebow’s best chance to succeed in football, even though he was a quarterback both in college and in his first stint in the NFL.

Tim Tebow signed his contract this morning with the Jacksonville Jaguars, per source. He will be on the field today for the team’s off-season program as he sets out to compete for a roster spot at tight end.

Tebow had great success under Coach Meyer in college, and became a media magnet for his exciting style of play and his unashamed Christian faith.  In a professional league dominated by liberal opinions and a postmodern worldview, Tebow stands out as a public figure who has never betrayed his Christian convictions and conservative ideals.

Even though Tebow now has a contract, his return to the gridiron in September is not yet guaranteed.  Tebow joins a Jacksonville roster that already has five prospective tight ends.  He returns to the league after a six-year hiatus as a 33-year old, at an age when most NFL players are either retired or nearing retirement.  But for Tebow, resilience is a hard-wired distinctive of his character, his playing style, and his previous success.  No matter what comes of his time in Jacksonville, the NFL world will keep a sharp eye on the hometown kid playing for his hometown team under his old college coach for one final shot in the NFL.