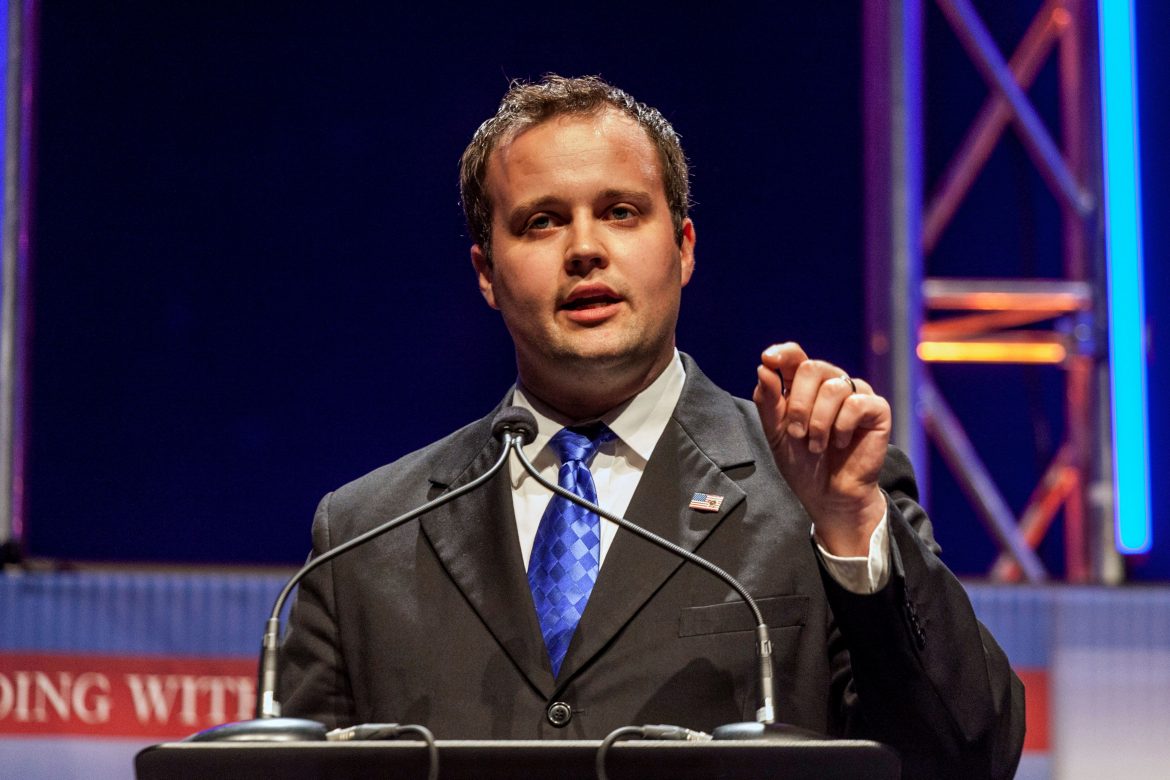 In some heartbreaking coverage in the Christian sphere, former TLC reality star Joshua Duggar was arrested late last week for possession of child pornography.  The 33-year-old is the oldest child of Jim Bob and Michelle Duggar, whose massive family of 19 children became the subject of TLC’s hit reality show, 19 Kids and Counting, which ran from 2008 until 2015.  The Duggars are famous for their conservative Christian beliefs, always making a point when on camera to direct the attention to their biblical worldview.

Sadly, this is not the first time the eldest Duggar has made news headlines in this way.  TLC cancelled 19 Kids and Counting in 2015 when news broke that Joshua had engaged in sexual abuse years earlier against several younger girls, including some of his own sisters.  Around the same time, his name was on the list of those who were revealed on the Ashley Madison cheating website scandal.  Amazingly, Duggar’s wife Anna, with whom he has six children and another on the way, dealt very graciously with him and chose to stay with her wayward husband to help him heal.

News broke Thursday that Duggar was arrested and taken into police custody for possession of downloaded child pornography.  According to the courts, some of the children depicted were less than 12 years of age.  Duggar pleaded not guilty on Friday.

Possession of child pornography is an egregious crime.  Appropriately, he is in danger of serious consequences if he is found guilty in his trial, which is set for July 6.  According to reports, he could face up 20 years in prison and hundreds of thousands of dollars in fines.

His parents released a statement on their family website on Friday in which they said,

We appreciate your continued prayers for our family at this time. The accusations brought against Joshua today are very serious. It is our prayer that the truth, no matter what it is, will come to light, and that this will all be resolved in a timely manner. We love Josh and Anna and continue to pray for their family.