Christians In Miami Come To Aid Of Condo Collapse Rescue 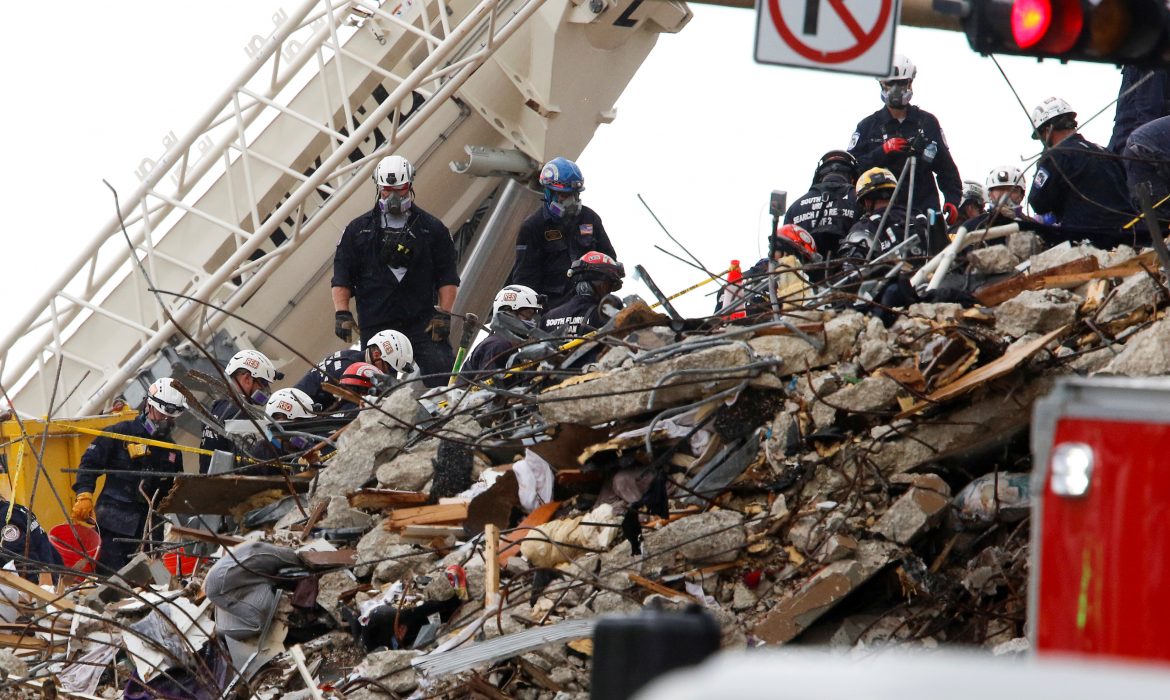 Devestating news broke from Miami Beach several days ago, as a huge section of a residential beach condominium collasped on June 24.  The death toll continues to rise, with well over one hundred people still missing.  This is a tragedy that has rocked the Miami area.

Despite this, there is a silver lining – the Church has risen to the occasion as a light in the darkness.  Several pastors in the Miami region made it a point lift up in prayer the rescue teams and the victims still missing, some who are believed to still be alive under the rubble.  Franklin Graham posted on Facebook that several chaplains of the Billy Graham Rapid Response Team have arrived on the scene to offer prayer and council.

A Spanish speaking conregation called Casa delieverd much needed food and drink to those working search and rescue.  Pastor J.P. Funk of Calvary Chapel Miami Beach arrived at the scene not long after the collaspe.  His church sits less than a mile away, and he has several congregants residing in the collasped condominium.  He said,

Along with [praying for miracles], our focus has been the compassion and presence of God in the midst of crisis at a human level.  We pray for the families to quickly recover their loved ones’ remains as this causes great anguish once it is most probable that they have perished.

The staff at Calvary Chapel set up a station to pray for, encourage, and provide sustenance to the search and rescue workers and any shocked residents.

As the country waits for new numbers of death tolls and rescues, we can be greatly encouraged in the midst of this tragedy that the Church has risen to the occasion to provide comfort and help to those who desparately need it.