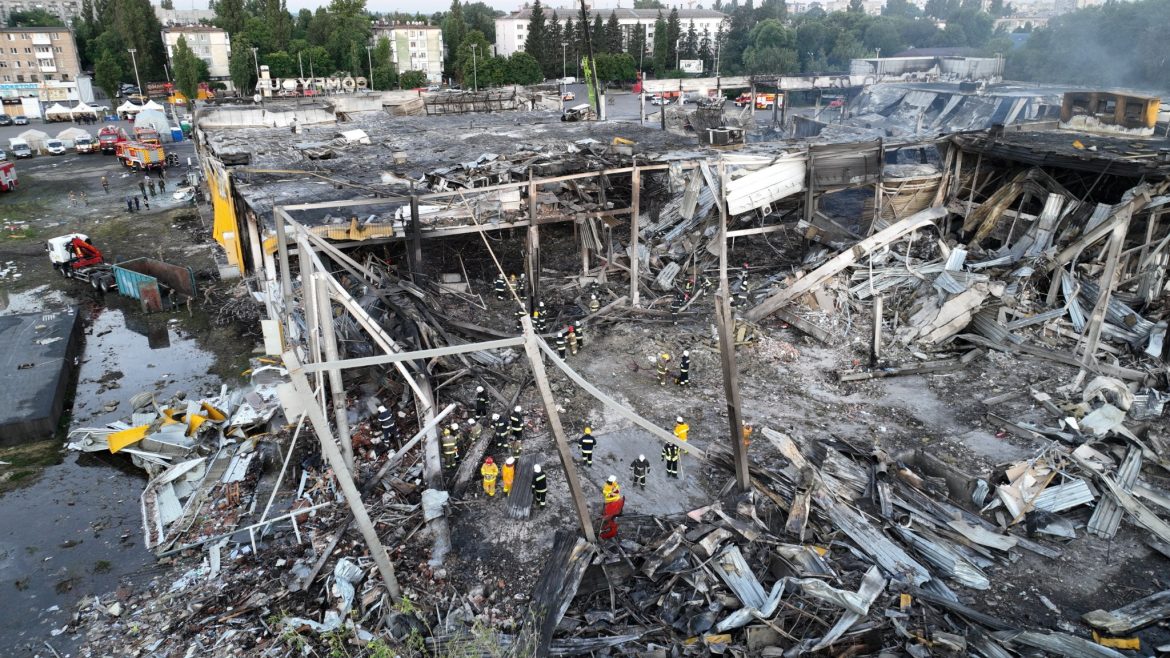 A Russian missile slammed into a crowded shopping center in central Ukraine on Monday, killing at least 18 people in a horrific attack that experts say had no strategic value.

Twenty-five survivors have been hospitalized while at least 36 people were reported missing as firefighters and soldiers searched for survivors in the rubble. The attack was condemned by the West as yet another example of Moscow’s ruthless targeting of civilians.

Russian missiles hits a shopping mall with some 1,000 people inside in the central Ukrainian city of Kremenchuk, far away from any frontlines. Authorities say there are multiple fatalities. May be the deadliest Russian missile strike since the war began. pic.twitter.com/HIzAaPviZz

Russia claims the strike targeted a storage depot for Western weapons in Kremenchuk and that the mall caught fire as a result of the detonation of stored ammunition.

“It’s a question about crimes against humanity,” Ukraine’s Prosecutor General Iryna Venediktova told Reuters. “I think it’s like systematical shelling of civilian infrastructure – with what aim? To scare people, to kill people to make terror in our cities and villages.”

Leaders of the Group of Seven (G7) major democracies attending a summit in Germany called the attack “abominable.”

“Russian President Putin and those responsible will be held to account,” they said in a joint statement.

Elsewhere on the battlefield, following Moscow’s victory in capturing Sievierodonetsk, its twin city, Lysychansk, was pounded with Russian artillery fire on Tuesday. Eight civilians, including one child, were killed and 21 others were wounded when they were struck by Russian shelling as they ventured out in search of drinking water.

Luhansk Governor Serhiy Gaidai said that Ukrainian forces still maintain control of Lysychansk but suggested that it is only a matter of time until Russia overtakes it, noting that the Kremlin is focusing significant resources into the fight.

“They really want this, and a lot of reserves are being thrown just for this…We do not need to lose an army for the sake of one city,” he told Reuters in an interview.