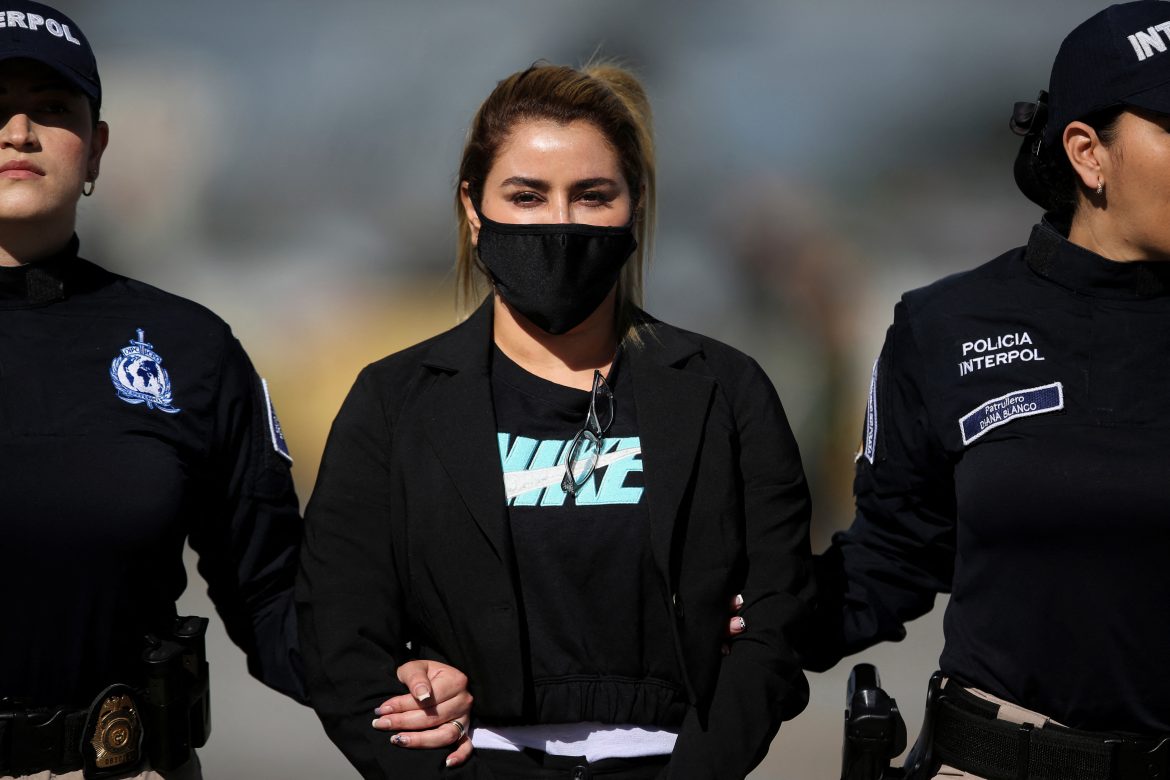 Colombian police accuse Nini Johana Usaga, 39, of being responsible for laundering drug money for the Clan del Golfo and handling international relations with cartels in other countries like Mexico, helping to coordinate shipments of narcotics.

Her brother, accused head of the Clan del Golfo, was extradited to face drug trafficking charges in the United States in early May. He pleaded not guilty to the charges in federal court in New York.

Authorities say Otoniel, 50, is responsible for the deaths of hundreds of members of Colombia’s security forces.

Though extradition was abolished in 1991 in Colombia, Congress restored it just six years later. It is one of the main tools in Colombia’s arsenal for fighting drug trafficking.

Otoniel, who according to Colombian authorities trafficked 180 to 200 tons of cocaine a year, was detained last October in Antioquia province.

The Clan del Golfo, which has more than 1,200 combatants according to security forces, launched a so-called “armed strike” to protest Otoniel’s extradition, paralyzing swathes of Colombia in the process.

Military and police authorities from more than 40 countries worked to capture 169 tons of cocaine and 41 tons of marijuana during the ninth phase of the international anti-narcotics Orion campaign, Colombia’s Defense Minister Diego Molano said later on Friday.

With the seizures from Orion’s most recent phase, which ran from March to May, drugs confiscated since 2018 total 716 tons of cocaine and 216 tons of marijuana.

Drug trafficking and the war on drugs are major contributors to Colombia’s armed conflict, according to a report this week from the country’s truth commission, which was established as part of a 2016 peace deal with the now demobilized FARC guerrillas.