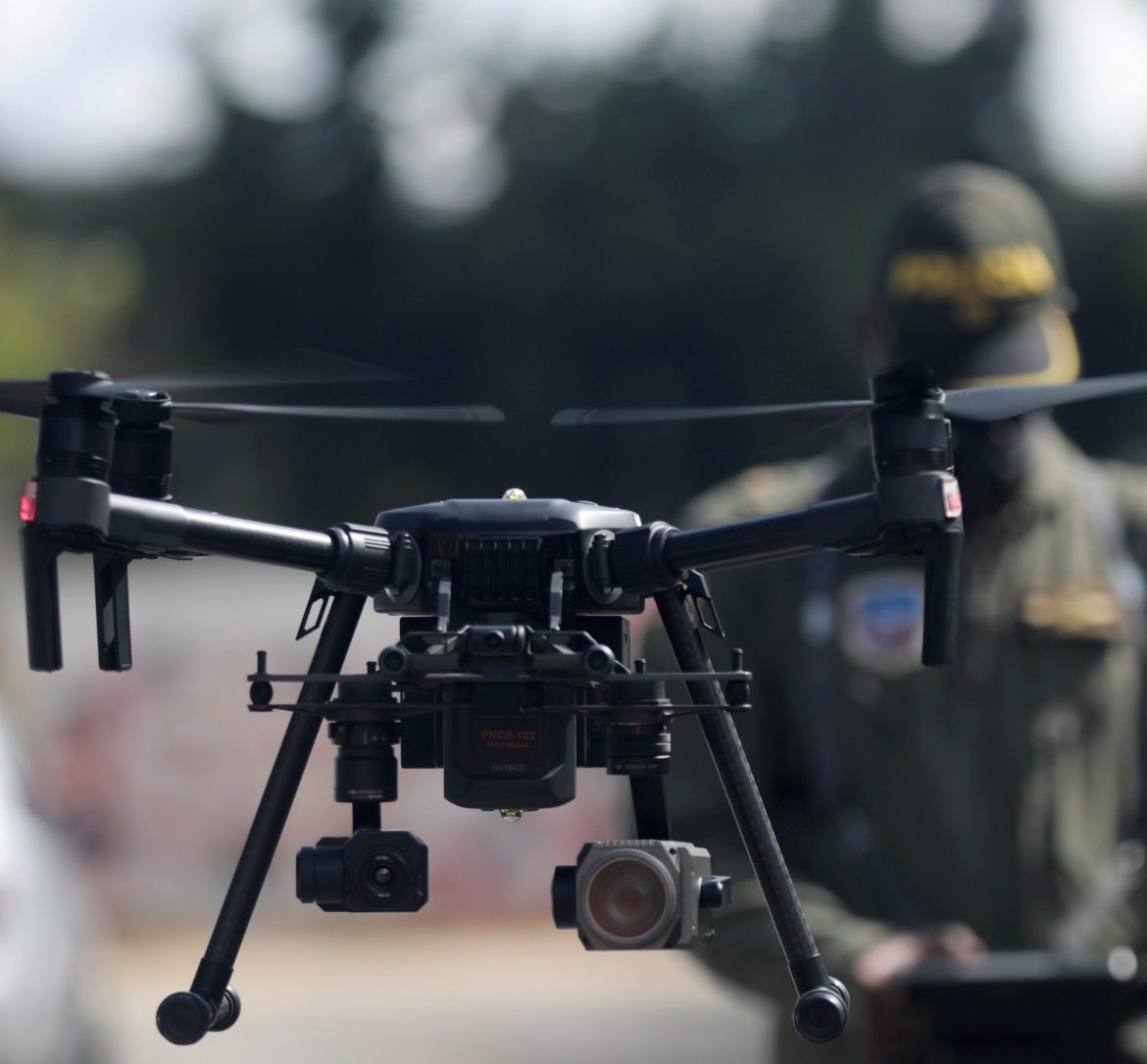 It is not a bird, a plane or Superman: the aircraft humming in the skies above Colombia’s capital Bogota are instead police drones that are meant to detect people with high temperatures or those violating the country’s coronavirus quarantine.

If a drone detects someone with a potential fever it sends the location to a medical team that seeks out the person to determine if they have coronavirus symptoms, officials said on Wednesday.

“It facilitates the location of groups of people day or night,” said Captain Jorge Humberto Caceres, head of the police drone unit, as he monitored an area of northern Bogota with a thermal camera-equipped drone.

“It gives us an approximate body temperature and directs the case to a national system so it can be attended to.”

The drones only detect temperatures or groupings of people who are out on the street, the police said, and do not penetrate into houses or apartments. The country has been in a coronavirus lockdown for nearly two months.

Each drone can fly for up to 30 minutes at a height of 500 meters (1,640 feet) and can get as far as 5 kilometers (3 miles) from the vehicle that serves as its control center.

Bogota – home to some 8 million people – has more than a third of Colombia’s nearly 17,000 coronavirus cases.

Bogota’s mayor, Claudia Lopez, has placed a dozen areas with high infection rates under special restrictions, tightening rules for outings even as other parts of the country have begun re-opening.

The Mazuren neighborhood in the Suba district, where the drone was flying on Wednesday, is one such zone.

“Without a doubt, the use of these technologies from the national police has been very useful in these orange alerts areas,” Julian Moreno, the district mayor for the Suba district, told Reuters.

Suba is the city’s most populous district, with 1.4 million residents, and has its second-highest infection rate.